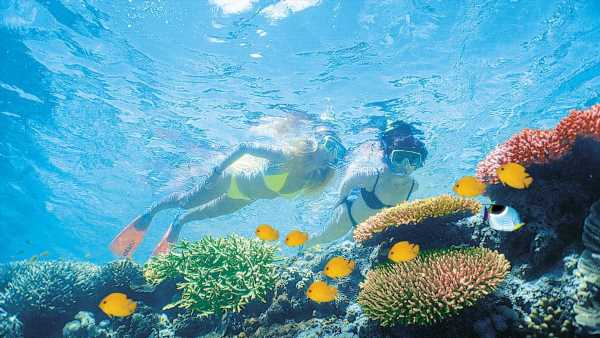 The Australian government lashed out at the UN and blamed China over a move to put the Great Barrier Reef on a list of endangered world heritage sites.

Unesco’s World Heritage Committee on Tuesday recommended that one of Australia’s most valuable tourist assets be reclassified as “in danger” and called for more action on climate change.

Australian Environment Minister Sussan Ley said the government was “blindsided” by the committee, which is chaired by China.

“Clearly there were politics behind it; clearly those politics have subverted a proper process and for the World Heritage Committee to not even foreshadow this listing is, I think, appalling,” she said.

Relations between Australia and China have soured, with China waging a trade war on Australian goods after Canberra urged an investigation over the origins of Covid-19.

A government source said Canberra believes China is responsible for the Unesco move. “We will appeal but China is in control,” the source said, declining to be named.

The reef, some 2300km long, is a world-renowned ecological treasure and tourist attraction but has been beset by successive ‘bleaching’ events linked to climate change in recent years.

Australia, a large exporter of coal and gas, is one of the few OECD countries resisting pressure to sign up to a net zero emissions target by 2050

A 2020 study by marine scientists found that from 1995 to 2017 the Great Barrier Reef lost more than half of its corals since 1995 to bleaching due to warmer seas driven by climate change.

Unesco cited Australia’s “insufficient progress” on climate change as it recommended the reef, which spanned 2300km, have its health downgraded to “in danger”.

w Unesco report found the long term outlook for the reef has deteriorated from “poor to very poor”.

Ley and Foreign Minister Marise Payne called the Unesco Director-General on Monday evening to voice their “strong disappointment” and “bewilderment” at the interim move, which Ley said the government would challenge at the final decision in July.

If downgraded, the reef would be the first natural item on the World Heritage Site list to be labelled “in danger” primarily due to climate change.

While the listing could unlock funding to help restore the reef, the recommendation would likely have an impact on tourism, thought to be worth aboutA$6.4bn to the Australian economy.

In 2018, the Australian government awarded $477 million to a “Great Barrier Reef Foundation” with only six staff after the tiny, little-known group participated in an opaque tender process.