SOUTH Australia has been rocked by a 4.3-magnitude earthquake – its biggest in a decade.

The powerful quake struck near Burra, in the state's mid north, just before 3.30pm on Thursday, according to Geoscience Australia. 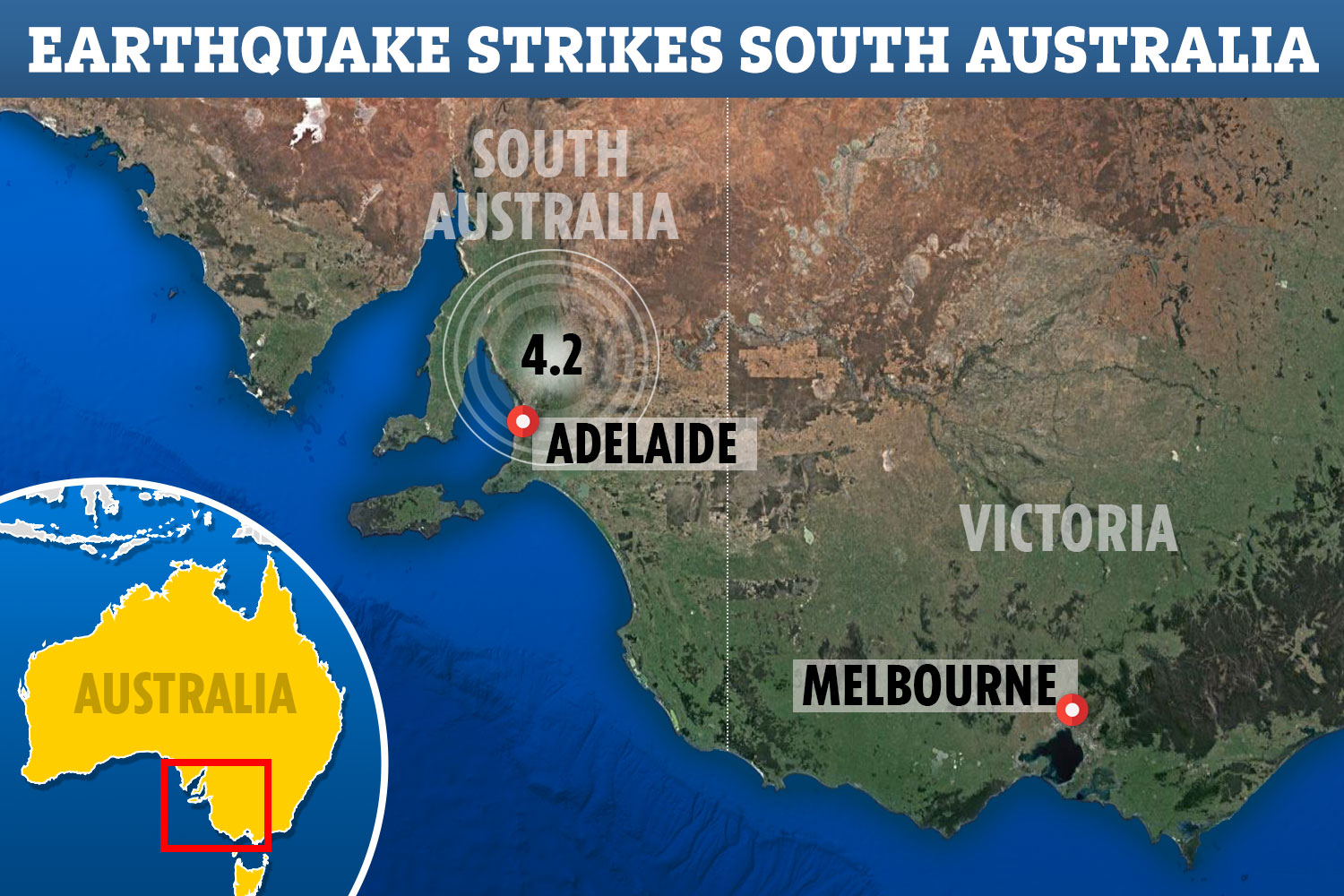 It was felt across the state, with residents reporting tremors in central Adelaide.

One resident in Burra said it felt like a "truck hit the house", the Daily Mail reports.

Tam, from Kent Town, said she felt her bed rock.

She told ABC: “I thought the wobble was my cat jumping on the bed, but he was in a different room.”

Eldred from Hoyleton, on the Adelaide Plains, said it lasted for at least 10 seconds.

He said: “I know it definitely wasn't a truck driving past because it shook too much.”

There have been no reports of damage so far and the Joint Australian Tsunami Warning Centre says there is no threat of tsunami.

Geoscience Australia seismologist Hugh Glanville told ABC Radio Adelaide it was the largest earthquake in the state in 10 years.

He said: “It is possible for minor damage from a magnitude-4 but it's reasonably unlikely for this earthquake.”

A quake of this size is defined as "light", meaning while the risk of significant damage was low, most people in the area would have felt it, and objects indoors would have rattled noticeably.

The earthquake was originally classified as a 4.2 but later upgraded to 4.3.