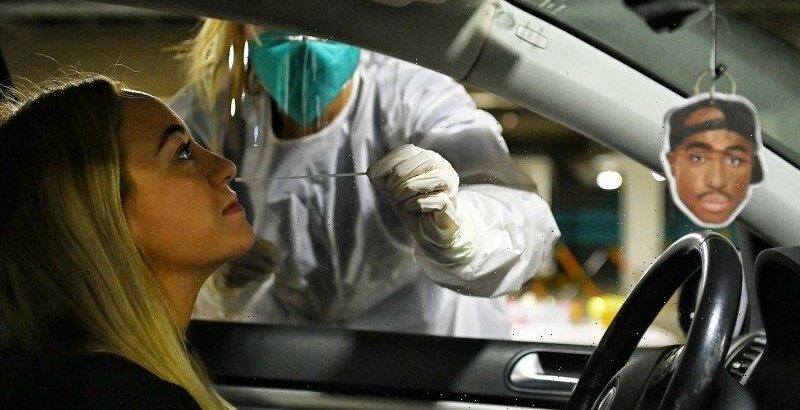 We have made our live coverage of the coronavirus pandemic free for all readers. Please consider supporting our journalism with a subscription.

New Premier Dominic Perrottet will overhaul and rename the NSW crisis cabinet to focus on economic recovery ahead of Sydney’s reopening, with the state’s chief economist set to advise the powerful committee.

Mr Perrottet also flagged changes to the NSW COVID-19 road map on Wednesday, with the former treasurer promising to prioritise business and consumer confidence in the months ahead. 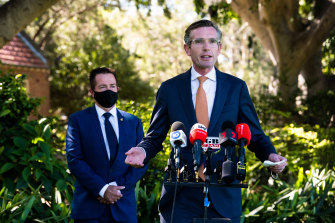 As NSW hit the long-awaited 70 per cent full vaccination threshold late yesterday, the government confirmed the crisis cabinet would be renamed to the COVID and Economic Recovery Committee, with NSW Chief Economist Stephen Walters to provide regular advice to the group.

“We must have a sharp focus on how we support businesses and ensure people return to work and give the NSW economy the best chance of bouncing back,” the Premier said.

More on the situation in NSW here.

Child cancer patients and their families have been forced into quarantine for 14 days after a parent unknowingly infected with COVID-19 visited Melbourne’s Royal Children’s Hospital.

Children receiving treatment in the Kookaburra cancer ward and their parents were told they must isolate for 14 days in their child’s hospital room, or at home if they were due to be discharged, after the oncology unit was deemed a tier-1 exposure site. 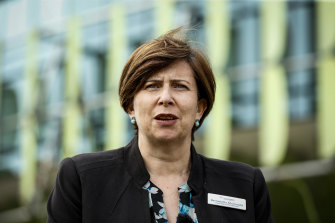 The hospital’s chief executive, Bernadette McDonald, said the exposure inside the hospital’s cancer ward was detected because a parent who stayed in the ward tested positive to the virus.

More on this story here.

French ambassador returning to Australia to ‘redefine terms of relationship’

France will send its ambassador to Australia back to Canberra following a bitter dispute over a new defence pact that sank a $90 billion submarine construction contract.

French Foreign Minister Jean-Yves Le Drian, who last month accused the Morrison government of stabbing Paris in the back over the AUKUS deal, made the announcement while being questioned by French MPs on Wednesday afternoon, local time. 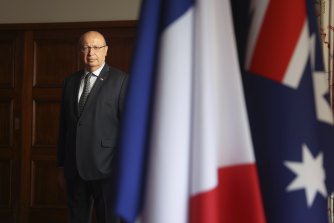 France’s ambassador to Australia Jean-Pierre Thebault has been in Paris since the spat.Credit:Alex Ellinghausen

“I have now asked our ambassador to return to Canberra with two missions: to help redefine the terms of our relationship with Australia in the future … and to defend our interests in the concrete implementation of the Australian decision to end the program for future submarines,” Le Drian said.

Good morning and thanks for reading our live coverage.

It’s Thursday, October 7. I’m Broede Carmody and I’ll bring you some of today’s biggest stories as they unfold.

Here’s everything you need to know before we get started.