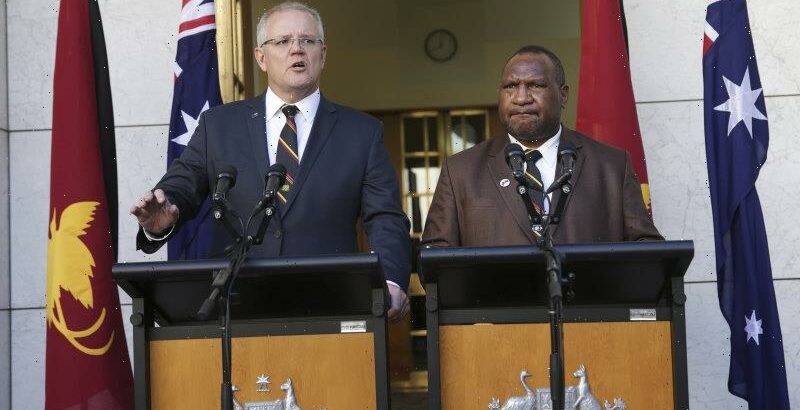 Singapore: Australia has been told it must do more to counter China’s growing influence in Papua New Guinea after the Solomon Islands’ shock security deal with Beijing forced a last-minute lobbying campaign across the Pacific.

In phone calls on Monday evening with Fiji and Papua New Guinea, Prime Minister Scott Morrison will ask the two Pacific nations to help convince the Solomon Islands to abandon its security deal with China. 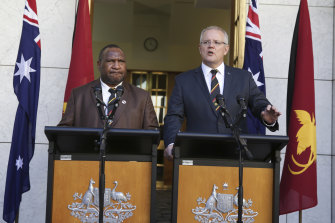 The three countries were part of the Solomon Assistance Force Mission to restore order after protests and riots in the Solomon Islands in November.

The Morrison government is expected to argue that the three countries helped return stability to Honiara and that a deal with China was unnecessary and would only bring further geopolitical unrest. The agreement could see Chinese warships based in the Solomons in exchange for security support.

But there are doubts about how persuasive PNG will find this argument after Prime Minister James Marape signed a joint statement with Beijing at the Winter Olympics committing the nations to oppose “interference in other countries internal affairs under the pretext of democracy and human rights”. The same language was used by China and Russia for their joint declaration at the opening ceremony, three weeks ahead of Russia’s invasion of Ukraine.

Australia’s former ambassador to PNG and Lowy Institute senior fellow Ian Kemish said Australia had to ramp up its diplomatic efforts in its closest neighbour.

“I actually do think that we were paying a good level of attention in PNG, but we just can’t be sanguine about it,” he said in an interview.

“If we as a country behave in a way that suggests that our engagement with the region is only about containing China and if we project as if we’re treating the Pacific as a geostrategic lake, that’s not the right signal to send, and it’s not in our long-term interest to do that.”

But China has also been courting PNG after putting in a speculative bid for a $39 billion fishing city on the island of Daru. The largest Chinese-backed gold mine in PNG, the Porgera gold mine, is also expected to open this year after two years of negotiations between the PNG government and China’s Zijin Mining Group.

The Solomon Islands government has not backed down from the deal after protests from Wellington, Canberra and Washington, arguing that economic and security investment from Beijing was in the best interests of its people. Solomon Islands Prime Minister Manasseh Sogavare will on Tuesday make a statement on the security treaty with China to Parliament in Honiara.

New Zealand’s Prime Minister Jacinda Ardern on Monday warned against “the militarisation of the region”. 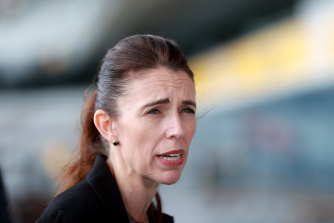 The draft proposal, if passed, could allow the Chinese military to provide assistance to the Solomon Islands and for Chinese naval ships to stop over and be replenished in the islands less than 2000 kilometres off the coast of Australia. The Solomons are in a key shipping lane that connects Australia and New Zealand to Asia and the Pacific.

New Zealand’s Foreign Minister Nanaia Mahuta was on her way to Fiji on Monday to talk with Pacific Island leaders about the deal. Foreign Minister Marise Payne was contacted for comment about whether she planned to travel to the region.

Morrison defended Australia’s record in the Pacific after the Solomon Islands opposition leader Matthew Wale said he had warned Canberra about the draft agreement months ago and criticised it for not taking action earlier.

“We’ve been aware of the risks right across the Pacific. This is why we doubled our development assistance into the Pacific,” said Morrison. “This is why we provided support to the major infrastructure projects across the region, including the Solomons.”

China’s Foreign Ministry and Chinese state media have accused the Australian government of hyping up the threat that Beijing posed in the region.

“It is irresponsible for a few Australian politicians to make absurd remarks about China ‘coercing’ others,” said Foreign Ministry spokesman Wang Wenbin.

“Such remarks intended to create an atmosphere of tension are not conducive to peace and development in the region.”