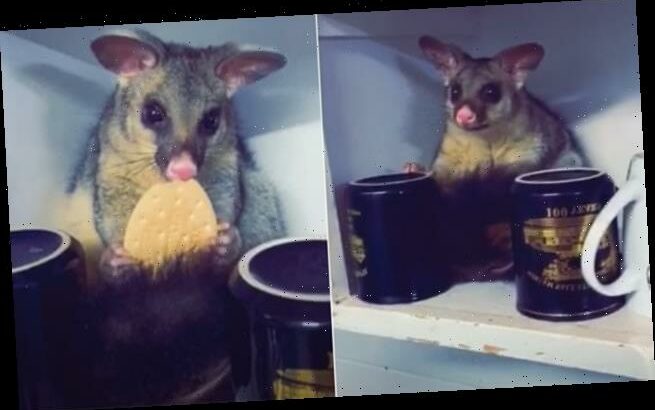 A farmer has found an adorable house guest in her kitchen cupboard, and kindly offered the visitor a classic Aussie biscuit.

The woman found the brushtail possum sitting politely among her tea cups on her farm in the Australian bush, showed a TikTok video posted yesterday.

The possum graciously accepted the offer of an Arnott’s milk Arrowroot, holding it between its tiny paws and then nibbling on it gently. 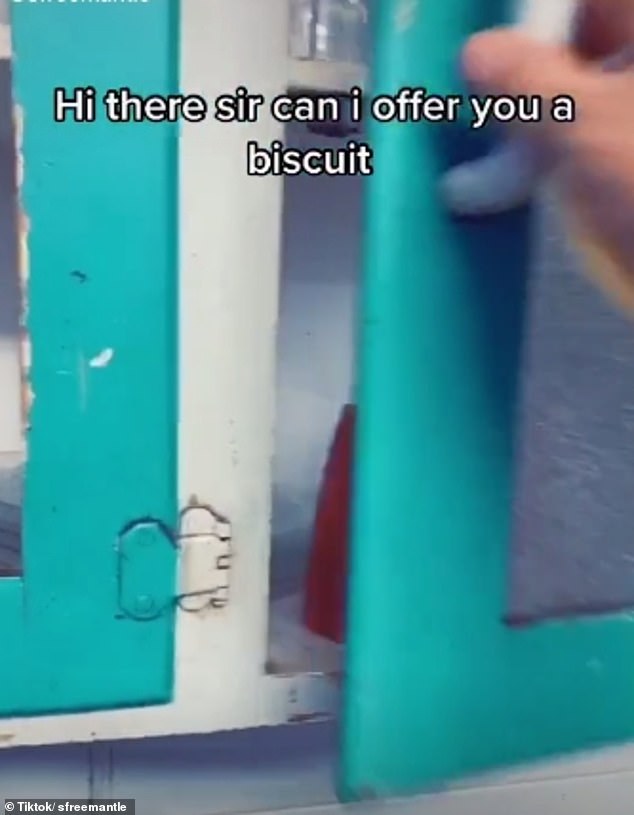 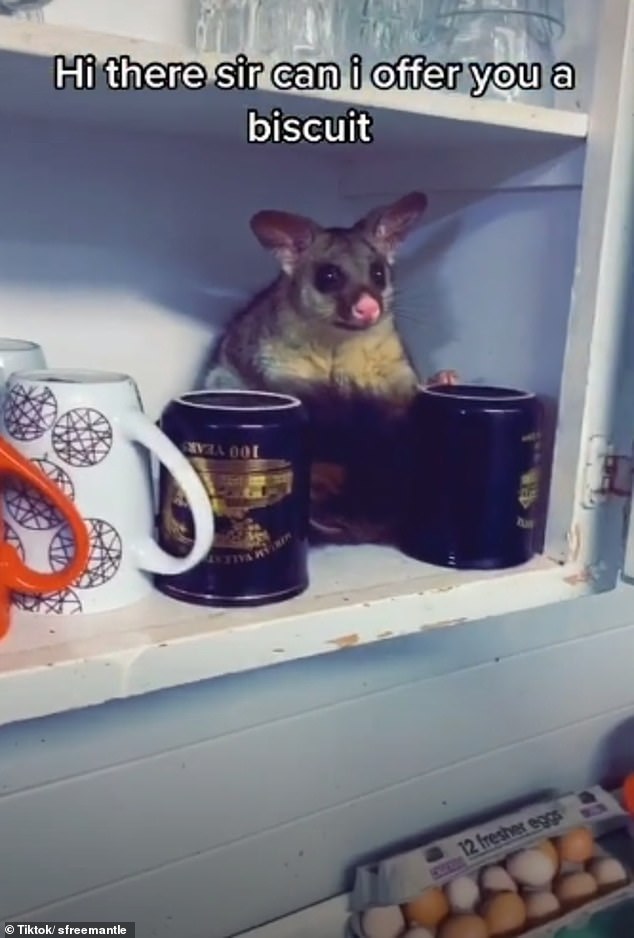 The video, captioned ‘Hi there sir can I offer you a biscuit’, shows one joy of Australian country life.

The farmer admitted the possum had broken some cups, but said ‘his cuteness is good enough of an apology.’

‘Make the little guy a cup of tea?’ One follower asked, which would have been a nice accompaniment to the snack.

Another commenter suggested the possum reminded them of Magic Possum, the famous book by Mem Fox which follows the sneaky adventures of Grandma Poss and Hush.

Brushtail possums often take up residence in people’s roofs and above ceilings.

The animals are found throughout the eastern and northern parts of Australia, as well as some western regions, Tasmania and a number of offshore islands.

They can thrive in rural and urban environments as they are determined foragers with a liking for fruit trees, vegetable gardens, and kitchen raids. 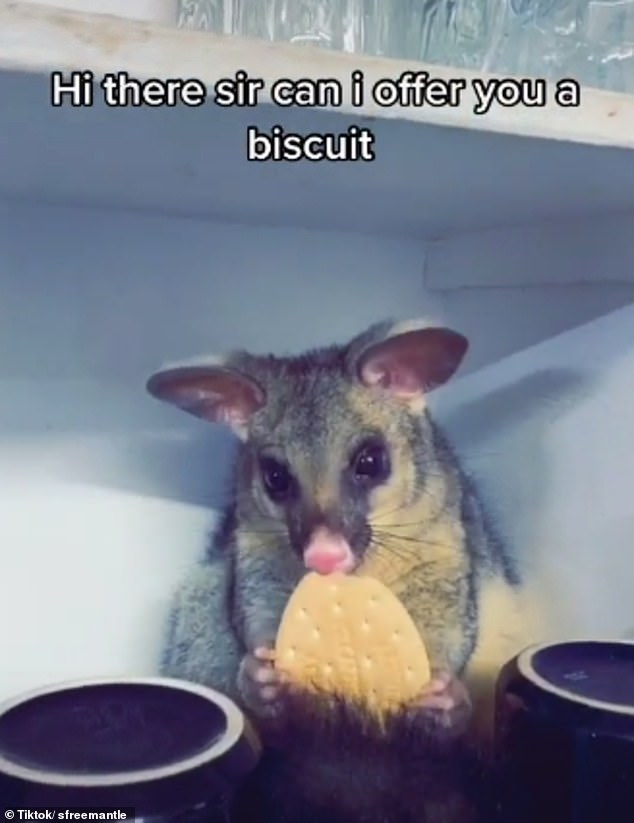 The possum (pictured) graciously accepted the offer of an Arnott’s milk Arrowroot (pictured), holding it between its tiny paw and then nibbling on it gently