Jakarta: An Australian woman who killed a Balinese motorcyclist will be free in a matter of weeks, after being sentenced to just three months and 15 days in jail by a district court.

But an Australian man who launched a flying kick attack on a passing motorcyclist while on a drunken rampage in Bali has had his sentencing postponed until next week.

Sydney woman Susan Leslie O’Brien, 49, was driving without an Australian or international licence when her car struck and killed local man Rizqi Akbar Putra, 19, on August 14. 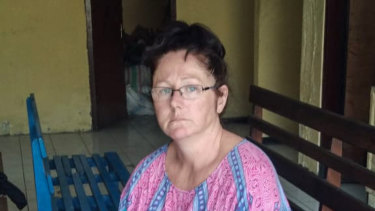 O'Brien's lawyer, Dessy Widyantari, said after the verdict that she accepted the sentence and would not appeal the ruling.

"The sentence was fair and as per the victim's family wishes they do not wish for a lengthy process [sentence] for Susan as they have already forgiven her. It was an accident."

In a statement to the court last week, O'Brien apologised and asked for forgiveness from Rizqi's family, which the family had granted.

She had also spoken about her own traumatic experience of seeing her husband killed in an accident just a few years previously, and how moving to Jembrana had helped her begin to recover from that trauma and begin a new life.

Meanwhile, Adelaide man Nicholas Carr had also been due to be sentenced on Tuesday for his flying kick on Balinese man I Wayan Wirawan.

The attack took place in the early hours of Saturday morning on August 10 and left Wayan  with bruises, cuts and abrasions – though his injuries could have been far worse. 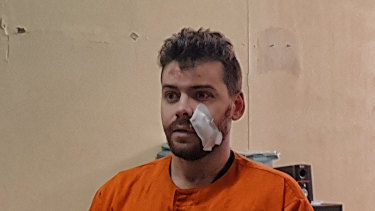 Carr, for his part, has said that he had drunk 20 to 30 vodkas on the night preceding the attack and was also injured.

Video footage of the incident, which quickly went viral, also showed him jumping onto the front of a moving car.

He later entered a Circle K convenience store and broke a glass window, damaged a local restaurant and then invaded the house of a local man.

The Balinese man, Wayan, has accepted Carr's apologies and prosecutors had asked the court to sentence him to four months' jail, less time served.

Under Indonesia's criminal code, the 26-year-old Carr faced a maximum sentence of two years and eight months in prison for his assault on Wayan. He did not face charges for his other actions.

Both O'Brien and Carr had signed peace agreements with the victim's family, and victim respectively and made financial compensation payments. Rizqi's family had told the court they had accepted O'Brien's unreserved apology, too.