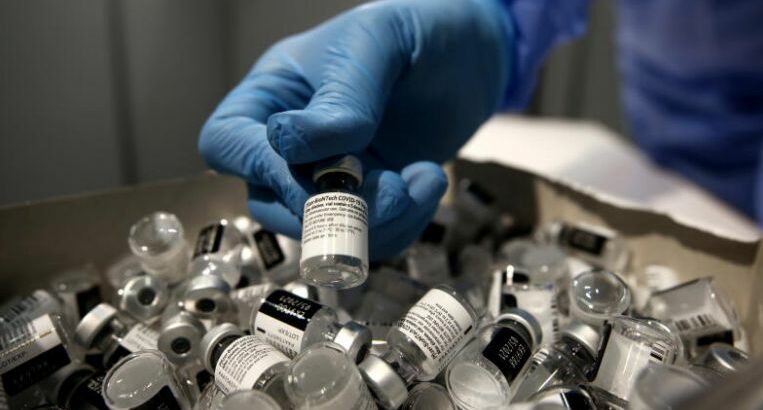 VIENNA/COPENHAGEN (REUTERS) – Austria and Denmark, chafing at the slow roll-out of Covid-19 vaccines in the European Union, have broken ranks with Brussels to form an alliance with Israel to produce second-generation vaccines against mutations of the coronavirus.

The move by the two EU member states comes amid rising anger over delays in ordering, approving and distributing vaccines that have left the 27-member bloc trailing far behind Israel’s world-beating vaccination campaign.

Austrian Chancellor Sebastian Kurz said while the principle that the EU procures vaccines for member states was correct, the European Medicines Agency (EMA) had been too slow to approve them, and lambasted pharmaceutical companies’ supply bottlenecks.

“We must therefore prepare for further mutations and should no longer be dependent only on the EU for the production of second-generation vaccines,” the conservative chancellor said in a statement on Tuesday (March 2).

“I don’t think it can stand alone, because we need to increase capacity. That is why we are now fortunate to start a partnership with Israel,” she told reporters on Monday.

When asked if Denmark and Austria wanted to take unilateral action in obtaining vaccines, Ms Frederiksen said: “You can call it that.”

Mr Kurz and Ms Frederiksen are due to travel to Israel this week to see Israel’s rapid vaccine roll-out up close.

A growing number of EU countries have placed side orders for doses of vaccines from Russia and China, even though the EMA has yet to rule on whether they are both safe and effective.

Slovakia on Monday ordered two million doses of Russia’s Sputnik V vaccine. It expects half to arrive this month as it looks to step up vaccinations amid a surge in Covid-19 infections and deaths.

Hungary, meanwhile, has taken delivery of a vaccine developed by China’s Sinopharm, with Prime Minister Viktor Orban announcing on Sunday that he had received the shot.

Mr Kurz said Austria and Denmark, as members of the First Mover Group, would work with Israel on vaccine production against mutations of the coronavirus and jointly research treatment options.

Experts reckon that Austria will have to vaccinate two-thirds of the population, equivalent to more than six million people annually, in the coming years, Mr Kurz said.

He said he would inspect pharmaceutical companies with domestic production including Pfizer, Novartis, Polymun and Boehringer Ingelheim as well as speak to leading scientists and physicians on Tuesday.

Germany last month set up a task force to address bottlenecks in the supply chain of vaccine production and boost local manufacturing to protect itself against future pandemics.