Austrian leader Sebastien Kurz criticised the “paternalism” of Brussels in a statement released on Sunday. The Chancellor claimed “nobody needs EU regulations – for example for the preparation of Schnitzel and fries”. In a statement published by APA press agency, the hardline leader suggested how “instead of demanding more and more money, the EU should stop telling people more and more how to live”.

Mr Kurz, whose Austrian People’s Party (APP) is part of the right leaning European People’s Party vying for seats in the EU elections on may 23, also called for the scrapping of 1,000 EU regulations.

He said Europe is increasingly creating a “tight bureaucracy corset” for the citizens.

Continuing, the anti-immigration politician said: “People demand answers from the EU on major issues such as security, external border protection or climate change.” 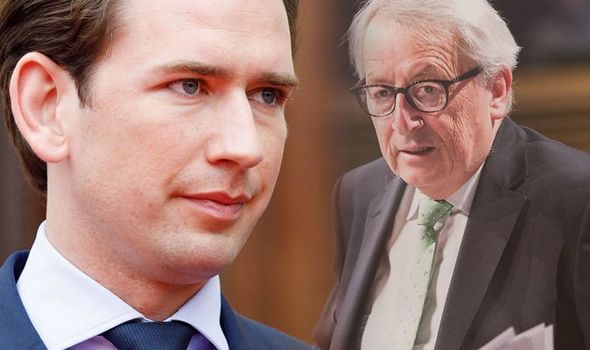 The comments follow Kurz’ calling for a new EU treaty – and blasting bloc members that “gladly take our money”.

His proposed changes would include the introduction of penalties for countries that have accepted too many migrants – and have large or growing debts – while still taking money from the bloc.

Talking to Austrian broadcaster ORF on Monday, Mr Kurz said: “Many, above all the younger heads of government, know that we must change the European Union if we want to reserve it.

“Various heads of government among the liberals but also within the [conservative] European People’s Party have a similar view to me.

“We are talking here about countries that gladly take our money and are fully prepared to cash in.

“If we want to inspire people more for Europe again, we must stop the tutelage from Brussels.” 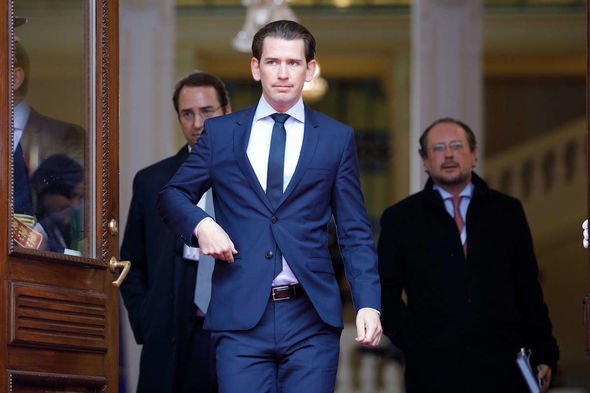 Meanwhile, Austria rejected the EU’s fundamental principle of freedom of movement after extending controls at its borders with Hungary and Slovenia until at least November.

Tensions within Austria and the EU continues as the anti-immigration government sitting in Vienna told Brussels too many illegal migrants are entering its country through the so-called Balkan route.

The European Commission was informed of Austria’s decision with a letter signed by Austrian Interior Minister Herbert Kickl.