The Austrian army says a 31-year-old soldier appears to have been killed by two service dogs he was tasked with feeding.

The soldier, who had worked as a dog handler since 2017, was in charge of caring for and feeding the dogs at the barracks at Wiener Neustadt near the capital Vienna. 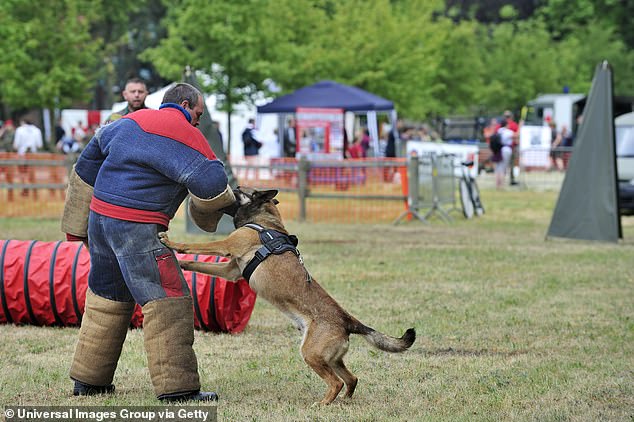 Pictured: An undated file photo shows a Belgian Shepherd dog biting a man in protective clothing on the open day of the Belgian army at Leopoldsburg, Belgium. Two army dogs savaged and killed an Austrian soldier in his barracks on Thursday. An officer reported two Belgian Shepherd dogs running loose at the barracks at Wiener Neustadt near Vienna

The fatally injured staff sergeant was subsequently found inside the dogs’ kennel.

‘Apparently the dogs attacked the soldier,’ the defence ministry said in a statement.

An investigation has been launched into the cause of the attack. 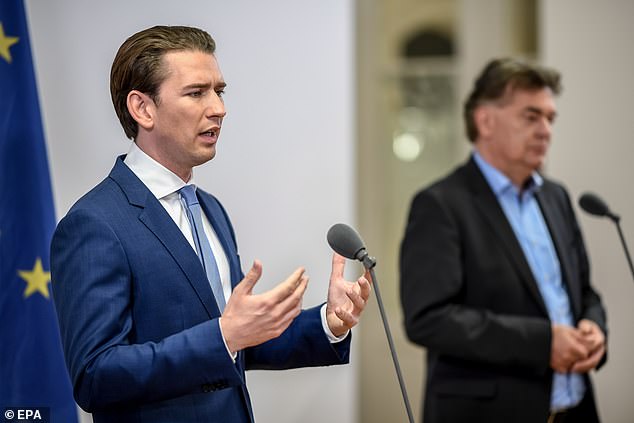 Austrian President Alexander Van der Bellen can be seen at a press statement in Vienna, Austria on Tuesday. The president today expressed his condolences to the victim’s family and to his fellow soldiers

Austrian public broadcaster ORF quoted a Defense Ministry spokesman saying one of the dogs was an fully trained service dog while the second, aged about six months, was about to undergo training.

Austrian President Alexander Van der Bellen has expressed his condolences to the victim’s family and to his fellow soldiers.

The Austrian army has 170 service dogs.