Tom Wolfe passed away on Monday at the age of 88 it was revealed on Tuesday.

The author’s death comes after he was hospitalized for an infection, and his agent Lynn Nesbit confirmed the news to The New York Times.

He leaves behind a remarkable collection of work however all written in his singular style, from his nonfiction debut The Electric Kool-Aid Acid Test and The Right Stuff to his first novel, The Bonfire of the Vanities.

Wolfe, who became a sartorial icon as well during his lifetime thanks to his penchant for white suits, is survived by his wife Sheila, daughter Alexandra and son Tommy. 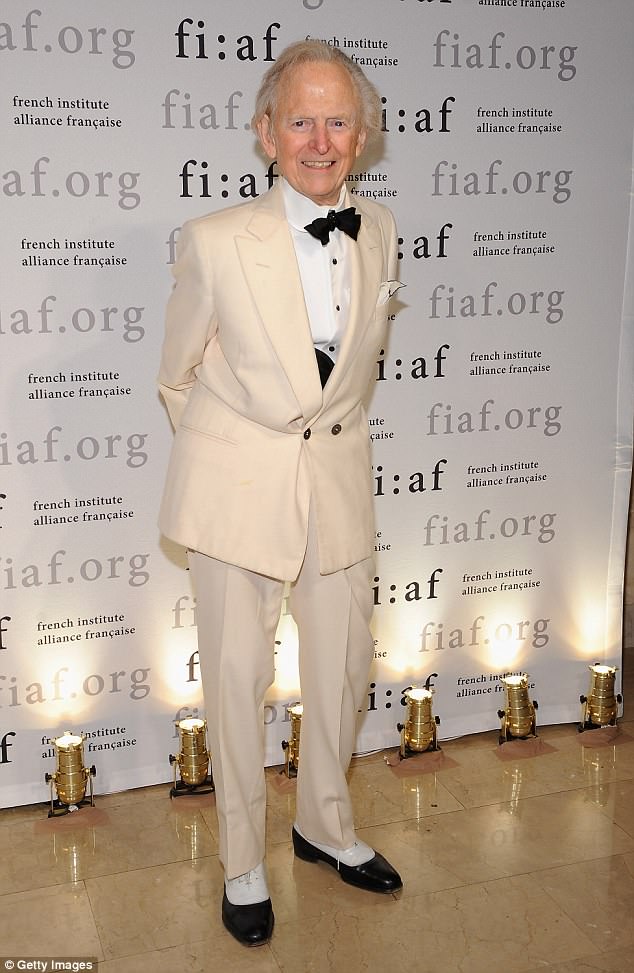 The right stuff: Tom Wolfe (above in 2012) passed away on Monday at the age of 87 after being hospitalized for an infection 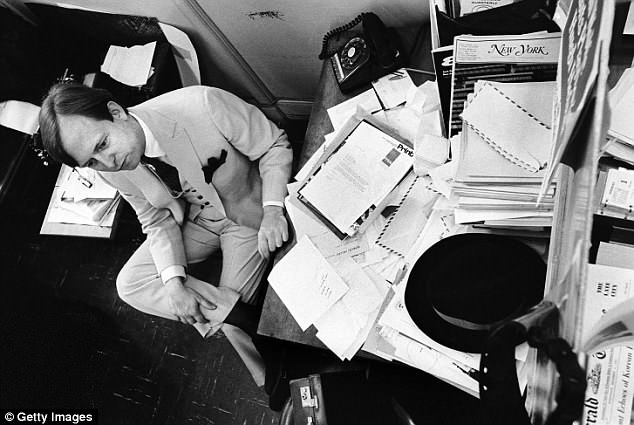 Work work work: He is known for his nonfiction work including The Electric Kool-Aid Acid Test and The Right Stuff as well as novels such as Bonfire of the Vanities (above in 1965) 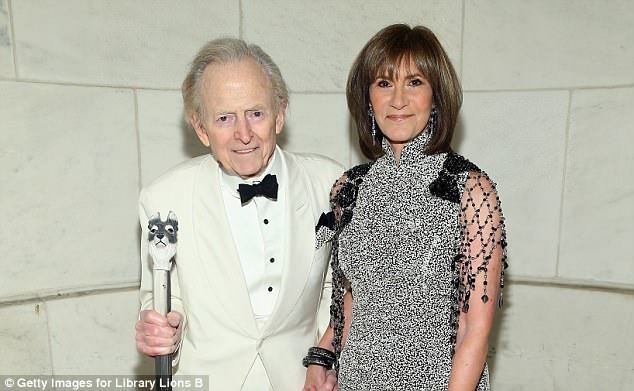 Man in white: Wolfe is survived by his wife Sheila (above in 2015), daughter Alexandra and son Tommy

He broke onto the literary scene in a very big way that same year with The Electric Kool-Aid Acid Test, which became the seminal work of the ‘new journalism’ era.

That book told the tale of the Merry Pranksters, a group who traveled around the US in a brightly colored schoolbus.

The group’s charismatic leader, Ken Kesey, became a pop culture figure himself after the release of the book, which focused in large part on the group’s consumption of LSD.

The group started out doing acid tests at Kessey’s home ion California before hitting the road in their bus.

Reviews at the time of the book’s release were mixed, but most critics now believe it to be one of the defining books of the decade.

The reviews were decidedly unmixed for his 1979 work The Right Stuff, which was met with universal; praise and is considered one of the great nonfiction works of the twentieth century.

That account of the pilots who were recruited by NASA at the start of the space program was mad into a movie just four years later starring Sam Shepard, Scott Glenn and Ed Harris.

It took home four Oscars and was nominated for Best Picture and Supporting Actor (Shapard).

Four years after the release of that film, Wolfe wrote what many consider to be his greatest work, Bonfire of the Vanities.

The satirical story is set in New York City during the 1980s and examines the lives of the moneyed elite, including a British writer, Jewish lawyer and WASP stockbroker.

That too became a film starring Bruce Willis, Tom Hanks and Melanie Griffith, but it proved to be a flop at the box office.

Amazon is currently making the book into a series. 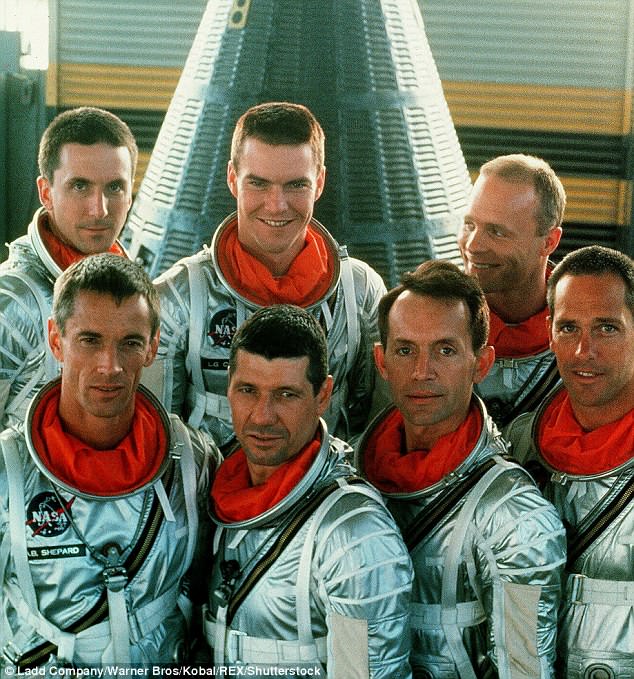 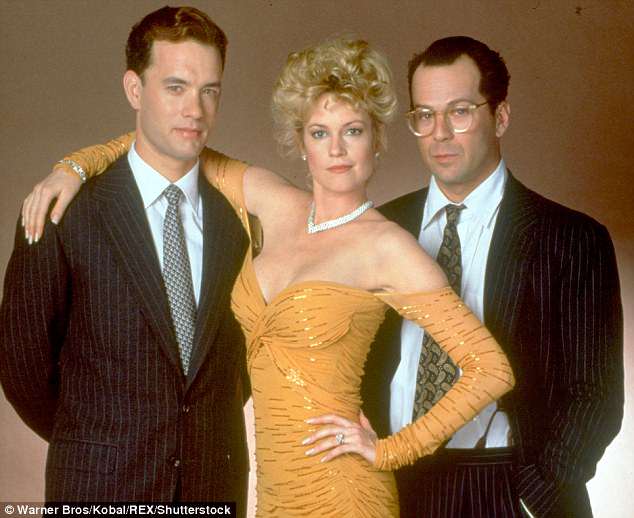 Hot mess: Bonfire of the Vanities became a film starring Bruce Willis, Tom Hanks and Melanie Griffith, but it proved to be a flop at the box office

Wolfe was born in 1930 in Virginia, with his mother working as a landscape designer and his father an agronomist.

The family was not greatly impacted by The Great Depression and Wolfe was a popular student in school, serving as the president of his class in high school as well as the editor of the school newspaper.

He continued to explore his love of writing in college at Washington and Lee University, where he launched a literary magazine.

Wolfe also continued to pursue his love of baseball, and for a brief period after college considered going pro, but eventually changed his mind and entered Yale to get his masters degree.

It was shortly after completing his program at the Ivy League institution that Wolfe began his work as a journalist.

In 1957, he joined the Springfield paper and instantly fell in love with journalism. Two years later he jumped to The Washington Post, where he won Washington Newspaper Guild awards in 1960 for his coverage of U.S.-Cuban affairs and a satiric account of that year’s Senate civil rights filibuster.

New York was his dream and by 1962 he was working at the now defunct New York Herald-Tribune, with colleagues including Jimmy Breslin and Charles Portis, who later wrote the novel True Grit.

The next year, Wolfe was assigned to cover a Hot Rod & Custom Car show.

He completed a story, the kind any of the somnambulistic totem newspapers in America would have come up with.

But he knew there was a much richer, and longer story to tell, one about a thriving subculture that captured the post-World War II economic boom and the new freedom to ‘build monuments’ to one’s own style.

No newspaper could contain what Wolfe had in mind, so he turned to Esquire magazine, wrote up 49 pages and helped give birth to a new kind of reporter.

‘For the who-what-where-when-why of traditional journalism, he has substituted what he calls “the wowie!”‘ according to a 1965 Newsweek story. 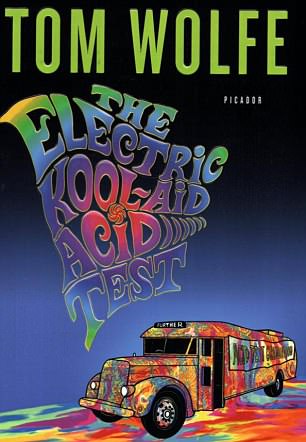 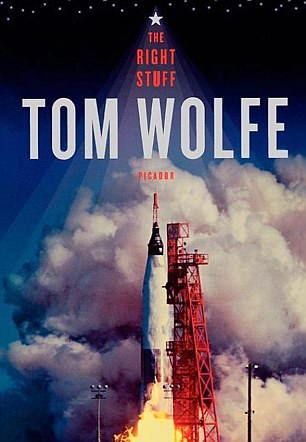 Nonfiction: Wolfe broke onto the scene with The Electric Kool-Aid Acid Test (left in 1968) and then garnered much critical acclaim for his 1979 book The Right Stuff (right) 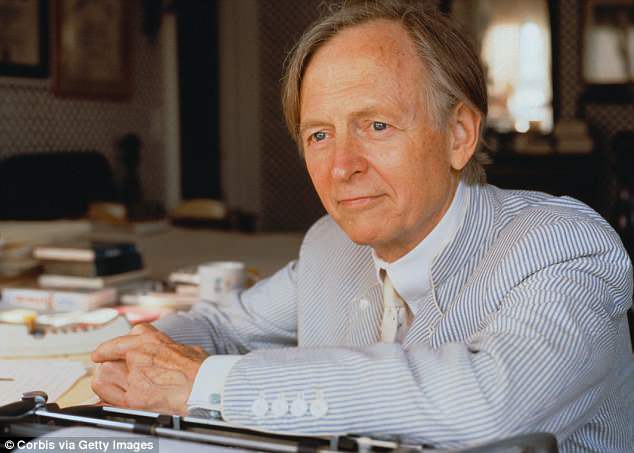 Man in full: Wolfe was born in Virginia during The Great Depression and briefly pursued a career in major league baseball 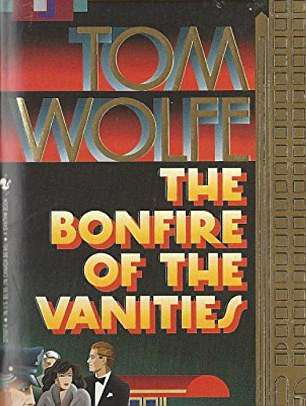 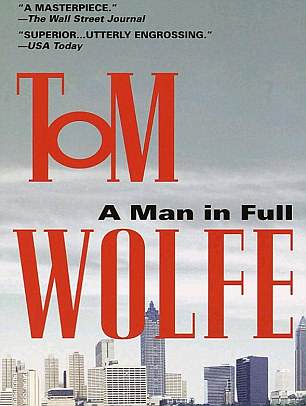 Fiction: Wolfe’s first novel was The Bonfire of the Vanities (left in 1987) and a decade later he released A Man in Full (right)

That same year, his first book appeared: The Kandy-Kolored Tangerine-Flake Streamline Baby, a collection of 23 Wolfe articles that included the title piece, his seminal work on custom cars.

In 1968, another collection, The Pump-House Gang, appeared, as did his next book.

In 1996 Wolfe penned the well received A Man in Full, turning his smirk to Atlanta society.

His 2004 novel, I Am Charlotte Simmons, looked at life on a fictional elite college campus rife with drinking, status obsession and sex.

The book received poor reviews and was a commercial disappointment, leading Wolfe to switch publishers in 2008 from Farrar, Straus & Giroux – where he had been for 40 years – to Little, Brown and Company.

Other recent works, including the nonfiction The Kingdom of Speech, were not well received. But he was never without ideas for future projects.

‘There are still so many things I don’t know about the city and I’d just like to see what’s out there,’ he said in a 2012 interview with The Associated Press.

‘The Latin American population has increased enormously since ‘Bonfire’ and Wall Street has changed enormously. I’ll follow my usual technique of just taking in a scene and seeing what happens.’