A New York scholar, renowned for his love of walking every block in the Big Apple, has died of coronavirus.

William Helmreich, a prominent sociologist in the city, was said to be showing signs of improvement after testing positive for Covid-19.

But he passed away from the virus on Saturday morning. 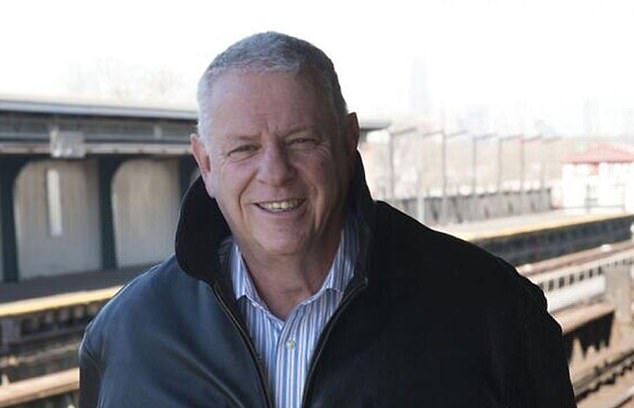 Due to social distancing measures, William Helmreich’s family have been unable to sit shiva – a Jewish tradition of mourning at home together

He wrote almost 20 books that chronicled his travels.

One title, ‘The New York Nobody Knows: Walking 6,000 Miles in the City’, was a document about the people he met while walking the city.

He was about to complete a spin-off volume in a series about the five boroughs of New York when he died.

‘He was just about to finish Staten Island,’ his son Jeffrey Helmreich told CNN. ‘We’ve still got to finish that one.’

The 74-year-old academic was born to Holocaust survivors in Switzerland, before immigrating to New York City as a young child.

In later life, Helmreich became a sociology professor at the City College of New York.

He is described as ‘a true City College institution’, by CCNY President Vincent Boudreau.

‘Professor Helmreich was … a man with a restless curiosity about the people around him, a ceaseless investigator and an avid storyteller,’ added Boudreau.

Helmreich’s scholarship was ‘so much about learning with his feet, with his heart, with his intuition, with his gut,’ according to his son, Jeffrey, which spurred his quest to walk every inch of New York City.

‘Every place and every person was interesting to my father,’ added his son, talking to CNN. ‘He believed that everybody had a story worth telling.’

Jeffrey Helmreich is also a professor, but at the University of California, Irvine.

Due to social distancing measures owing to Covid-19, Helmreich’s family have been unable to sit shiva – a Jewish tradition of mourning at home together.

Instead, his family are understood to have held a ‘virtual funeral’, with just few a attendees.

According to CNN, funeral service employees wearing protective clothing bore Helmreich’s casket, before a bulldozer pushed dirt over his grave.

His widow and one of his sons attended the funeral, standing six feet apart from one another.