Mae Sai: The official overseeing the rescue operation of a soccer team trapped in a flooded cave in northern Thailand says the boys and their coach may not all be extracted at the same time depending on their health.

Chiang Rai provincial Governor Narongsak Osatanakorn said on Wednesday that "all 13 may not come out at the same time. If the condition is right and if that person is ready 100 per cent, he can come out." 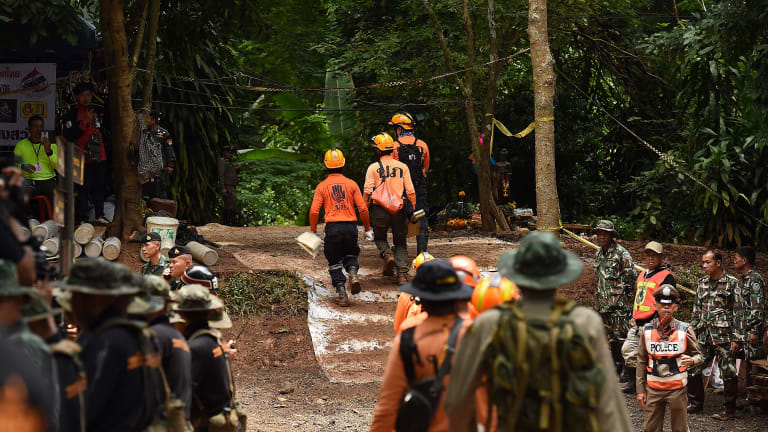 Thai soldiers and rescuers go through an exercise at the base camp where the rescue operations are being planned.

He said authorities would evaluate their readiness each day and if there was any risk would not proceed. He said the team was recuperating.

Authorities are still determining the best way to get the team out of the cave, options that include diving them out.

Meanwhile, authorities have been working to with navy SEALs to run a fiber optic internet line into a flooded cave.

Communication technician Phoowanart Keawdum said once the cable was installed, phone calls to the cave would be possible. 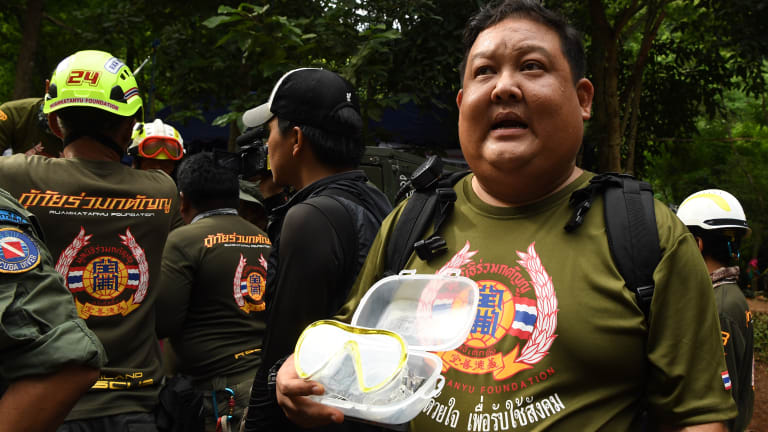 A members of a Thai rescue team holds goggles which will be delivered to the trapped boys.

Authorities tried to lay the cable on Tuesday, but the equipment was damaged by the water.

In latest videos released by the Thai navy, the boys and coach say they're fine. The group entered the cave in northern Thailand on June 23 before flooding cut off the main entrance. Rescuers are studying how to extract them safely.