In a scene set in Scotland’s capital, Edinburgh, Wanda, played by Elizabeth Olsen, chats with Paul Bettany’s character Vision in front of a kebab shop.

But it seems few are actually bothered by such things like plot development or sparkling dialogue – what seems to have sparked the most interest is the shop sign that reads in capital letters: “We will deep fry your kebab” with a Saltire underneath.

And while the kebab shop is fake, mocked up especially for the film, the actual poster is real.

Yes, there was somewhere in Edinburgh that really would deep fry your kebab.

Now commentators – quite likely Scottish ones – on Twitter have gone wild. 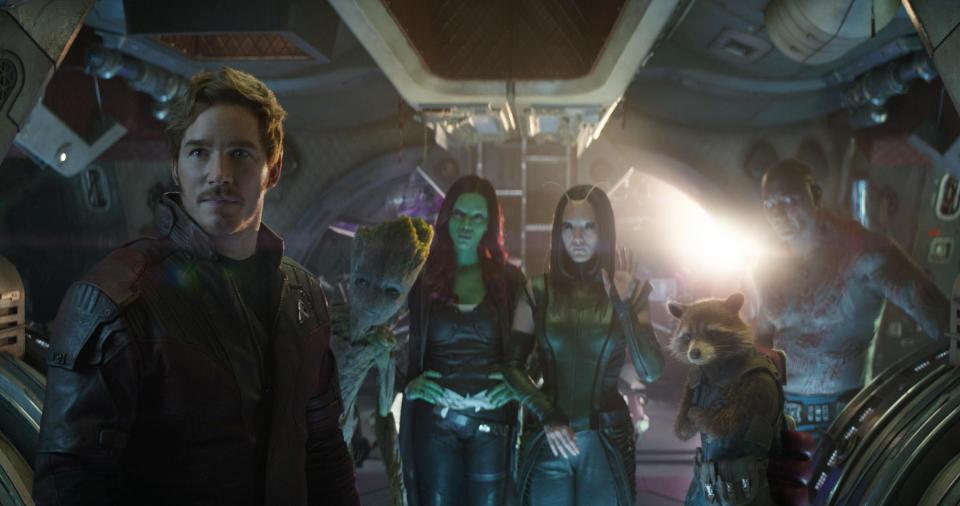 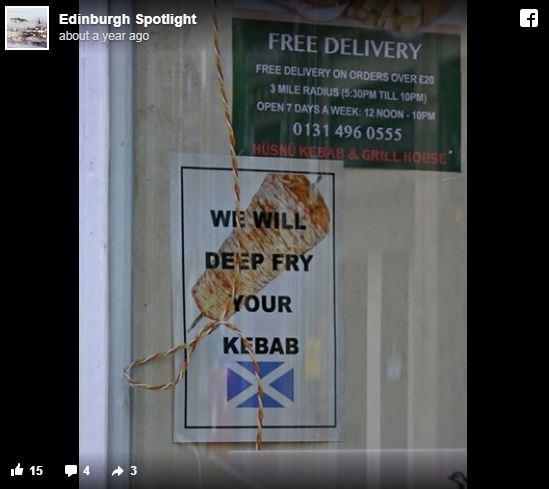 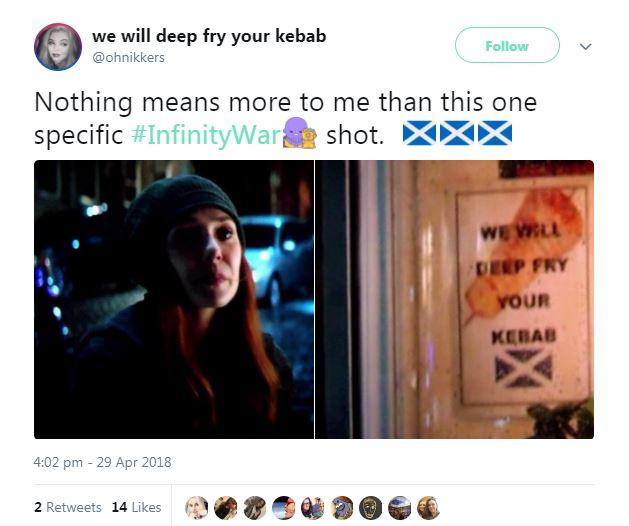 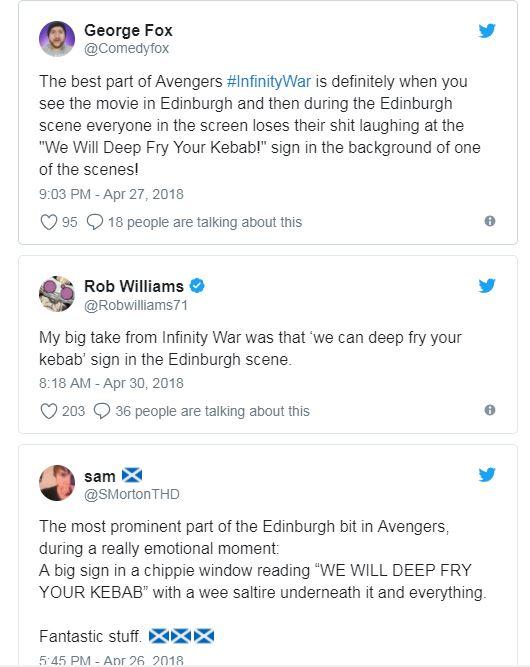 Matt Jacobs took to the social networking site to proclaim it was the best part of the film.

He said: “The best part of Avengers: Infinity War is when Elizabeth Olsen pleads with Paul Bettany while standing next to a sign that says “WE WILL DEEP FRY YOUR KEBAB”.

Rob Williams agreed, penning: “My big take from Infinity War was that ‘we can deep fry your kebab’ sign in the Edinburgh scene”.

Murdo Fraser also thought it was the “best bit” in the film.

He said: “Best bit in #AvengersInfinityWar is the Edinburgh kebab shop with the sign outside ‘We can deep fry your kebabs’.”

The kebab shop in the movie, Hüsnü, was unfortunately only a film set.

Scottish cuisine is famous, or perhaps infamous, for deep-frying most food – most notably Mars bars.

One place in Glasgow, Stonner Kebab, is said to have deep fried a pork sausage which was wrapped in doner kebab meat before being battered.

The superhero movie, released last month, is said to be the second most expensive film ever made with a budget in the region of $300million – which would pay for quite a few of those deep-fried kebabs.

It is part of the Avengers franchise, based on the Mavel Comics characters.

It grossed over $640m worldwide in its opening week, according to the website Imdb.com.