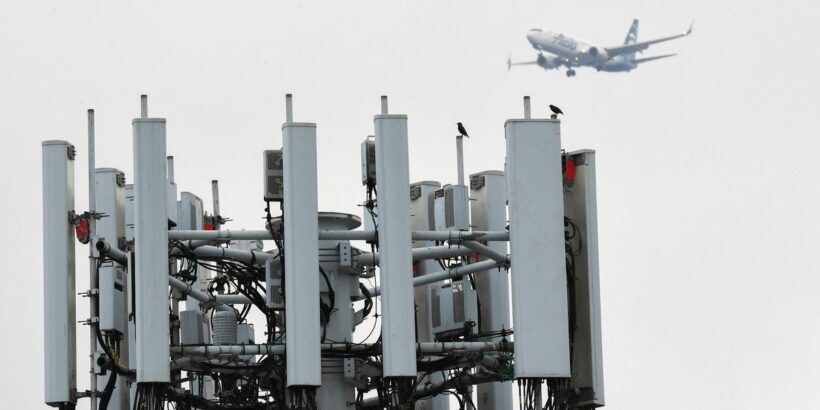 British Airways has cancelled several flights to the US amid fears 5G cellular antennas near some airports could throw off readings from some aircraft equipment designed to tell pilots how far they are from the ground.

The UK airline cancelled a handful of flights from Heathrow to Boston, Chicago, Los Angeles, New York, and San Francisco on Wednesday.

The decisions come as the row around 5G masts being put up by the government rumbles on. Mobile internet providers Verizon and AT&T are switching to 5G, but the airlines are concerned they will use a similar wavelength to vital instruments used on their planes and they could interfere with each other.

Systems known as radar altimeters are used throughout a flight and are considered critical equipment, but run at a similar frequency to the masts.

British Airways said in a statement: "Safety is always our priority and although we had to cancel a handful of services, we’ve done everything we can to minimise inconvenience for our customers. We’ve changed the aircraft operating some of our flights and re-booked those on cancelled services onto alternatives.

"We’re disappointed that, like other airlines, some of our customers' travel plans have been disrupted."

The carrier said some flights due to be operated by Boeing 777s are using different, larger aircraft such as the Airbus A380, which are unaffected by the frequency issue.

Emirates suspended all its flights to nine US airports on Wednesday 'until further notice'.

The Dubai-based carrier told customers the measure was "due to operational concerns associated with the planned deployment of 5G mobile network services in the US at certain airports".

It added: "Emirates regrets any inconvenience caused. We are working closely with aircraft manufacturers and the relevant authorities to alleviate operational concerns, and we hope to resume our US services as soon as possible."

The president of Emirates Tim Clark told CNN that the airline was not aware of some of the potential 5G roll-out issues until Tuesday morning, calling the situation "one of the most delinquent, utterly irresponsible" he has seen in his aviation career.

When asked on what he makes of the situation, Clark said: "I need to be as candid as I normally am, and say this is one of the most delinquent, utterly irresponsible issue subjects, call it what you like, I've seen in my aviation career because it involves organs of government, manufacturers, science, etc."