Baby boy is born at 1,400ft on board a coastguard helicopter after his mother went into labour while visiting the Isles of Scilly

A Coastguard helicopter became an airborne maternity unit when a baby was delivered at 1,400 feet.

The boy was born on board the helicopter over Penzance in Cornwall after his mother went into labour while visiting the Isles of Scilly.

At about 7pm on Saturday the Coastguard was asked by the South West Ambulance Service to assist with a rescue; since there was no midwife on the islands on Saturday night, the mother-to-be and her partner needed to be flown to a mainland hospital. 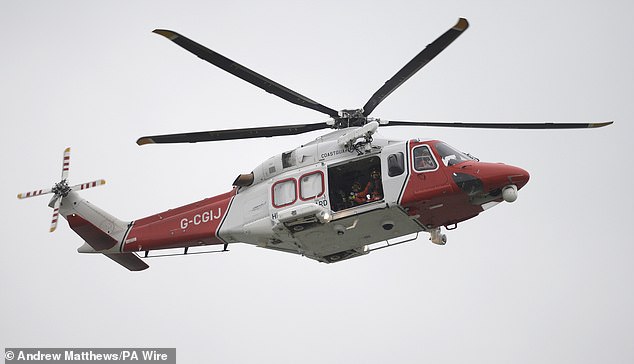 The Newquay Coastguard helicopter was scrambled, collected a midwife, touched down at St Mary’s Airport, picked up the man and woman then began the trip to the Royal Cornwall Hospital in Truro.

However, the baby appeared to be in a hurry and decided to make an appearance on board the aircraft.

At 8.53pm, with the help of the midwife and aircrew, the healthy baby boy was born. 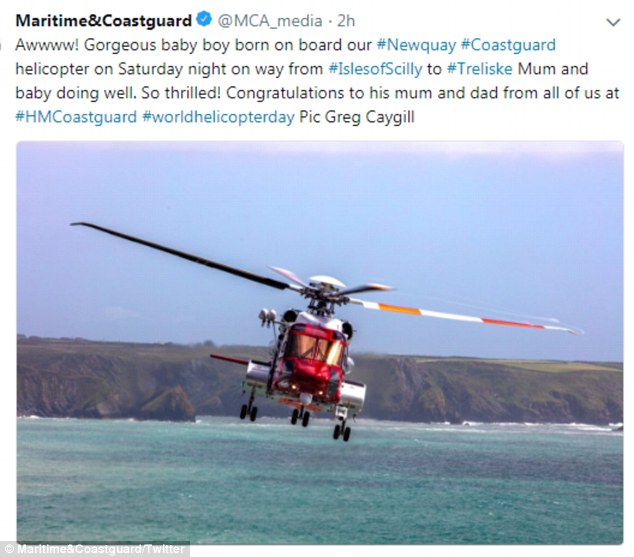 The Maritime Coastguard tweeted their congratulations to the new parents. Another baby was born on a Coastguard helicopter in December 2012

Jonathan Mustard, aeronautical operations controller for HM Coastguard, said: ‘This is the second time that a baby has been born on board a Coastguard helicopter.

‘The last one was born over Lunna Holm, Shetland in December 2012.

‘We are absolutely thrilled and delighted to have played a part in the birth and are pleased that mum and baby are doing well.

‘It’s rare to hear that our helicopter launched with seven people on board but were preparing to land with eight.