Born after just 23 weeks and four days in the womb, Daisy Sherwood was so tiny she could have fitted in her mother’s palm.

Her parents were prepared for the worst after her early arrival, but the baby has defied the odds to be one of Britain’s tiniest survivors.

Yesterday her mother Cara Onken, 23, and father Simon Sherwood, 32, called her a ‘miracle’ as they told of Daisy’s dramatic arrival into the world four months prematurely.

Banking consultant Miss Onken said she had a ‘fairly normal’ pregnancy with first child Daisy, until she started bleeding at their home in Ramsgate, Kent, last month. 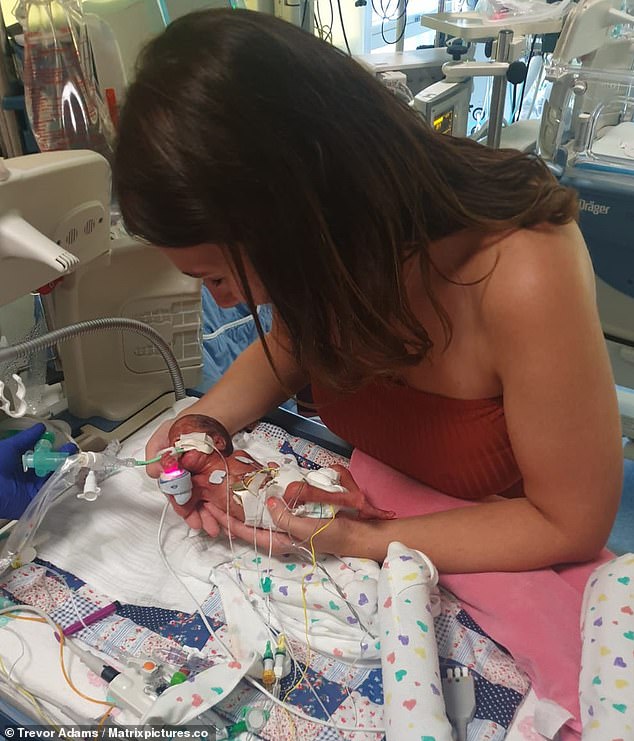 Daisy’s mother Cara Onken, 23, (pictured with Daisy) said she had a ‘fairly normal’ pregnancy until she started bleeding at their home in Ramsgate, Kent, last month

Mr Sherwood, a waiter, drove her to the maternity ward at their local hospital in Margate at 4am.

Neither of them had realised, but doctors swiftly found she had gone into labour.

Miss Onken said: ‘They explained that if Daisy was delivered there, it was only a ten per cent chance of her surviving as they were not equipped for very small babies.

‘If we got to the William Harvey Hospital in Ashford, there was a 40 per cent chance of survival as they have a neo-natal intensive care unit – but if she arrived in the ambulance the chances were probably nil.’ 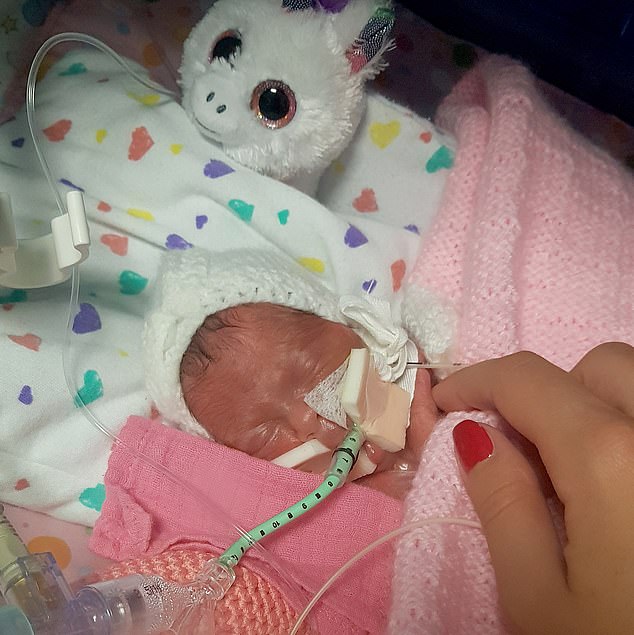 Daisy (pictured) was born at 6.45pm on July 18, weighing just 1lb 6oz and measuring 11ins. She will stay in hospital until what was Miss Onken’s due day in November, when it is hoped Daisy will weigh at least 4 or 5lb 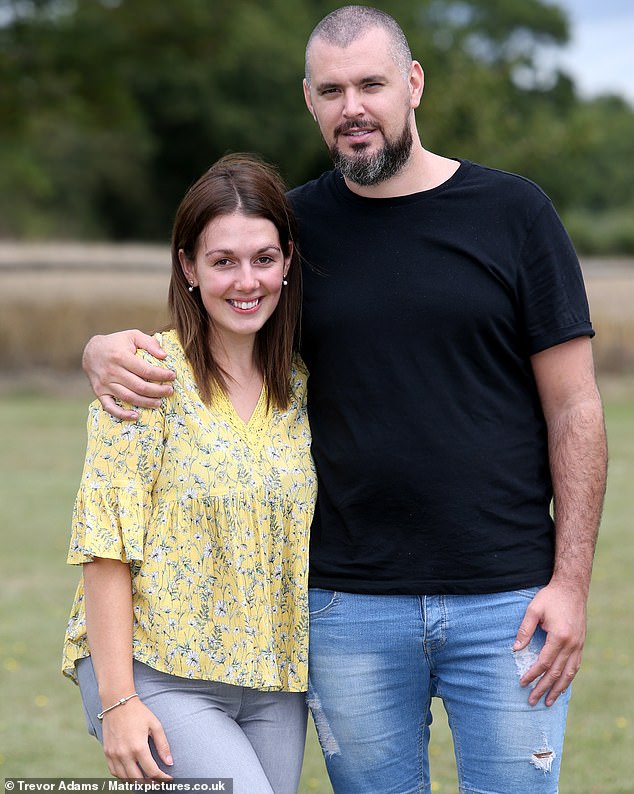 Cara Onken, 23, and waiter Simon Sherwood, 32, (pictured) called Daisy a ‘miracle’ as they told of her dramatic arrival into the world four months prematurely

She explained: ‘Once we got to Ashford my contractions started again – it was like Daisy knew she could come out now.

She came out breech – but breathing and with a heartbeat.’

She has since remained in Ashford’s neo-natal intensive care unit, where she breathes via a ventilator and is fed by tubes. She still weighs only 1lb 13oz.

Miss Onken said: ‘The consultant said the first 48 hours were the most critical. Five days after she was born, they let us have our first quick cuddle…we cried.’

Since Daisy’s birth, the couple have stayed at a relative’s home, which is only eight minutes’ drive from the hospital.

Miss Onken said: ‘Every time we put a hand in the incubator she squeezes a finger and opens her eyes.

‘It’s like she knows us and is saying, ‘Just give me a little bit longer and I’ll be coming home with you’.

Daisy has been a miracle since day one. I had been told I couldn’t conceive without IVF.’

A foetus is considered ‘viable’ at 24 weeks.

Mr Sherwood said: ‘Daisy has never given up – she is such a little fighter.’

She will stay in hospital until what was Miss Onken’s due day – November 6 – by when it is hoped Daisy will weigh at least 4 or 5lb.