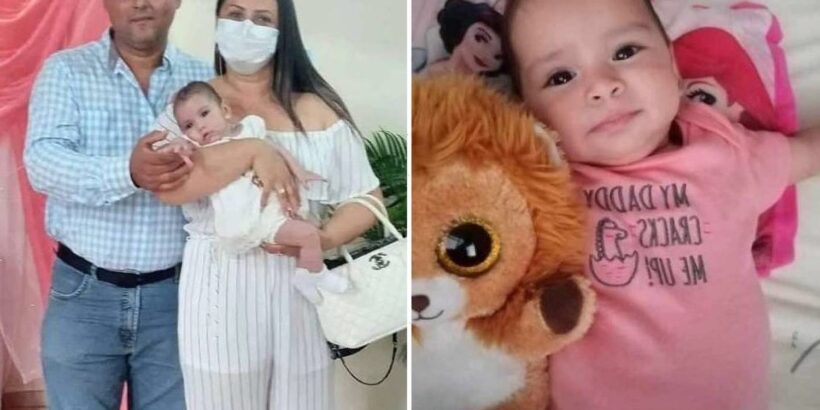 A BABY girl drowned after she was thrown in a paddling pool by thieves who ripped her from her mum's arms during a robbery.

Angelica Murillo was bathing her nine-month-old daughter Maria in an inflatable pool on her patio when their home was raided. 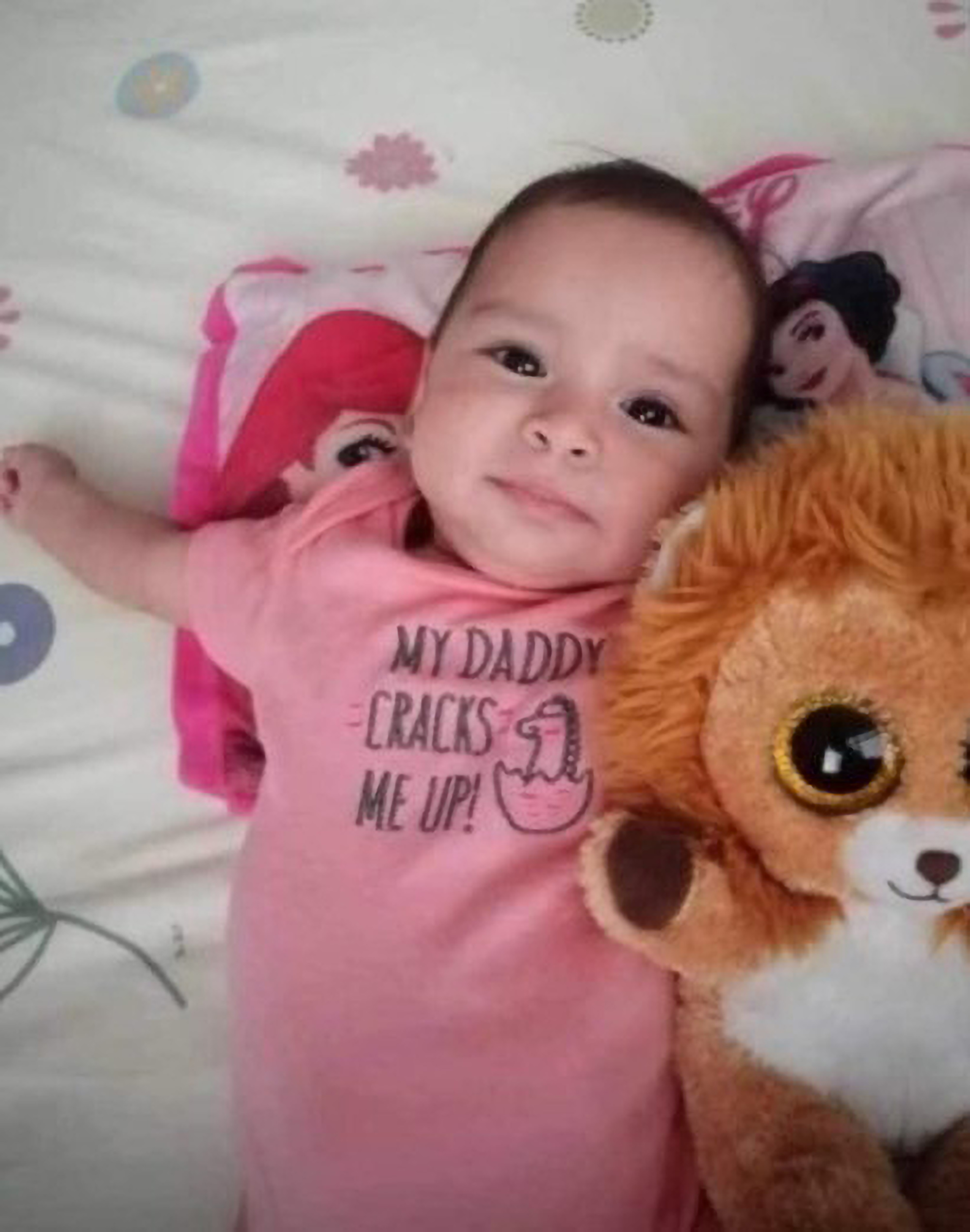 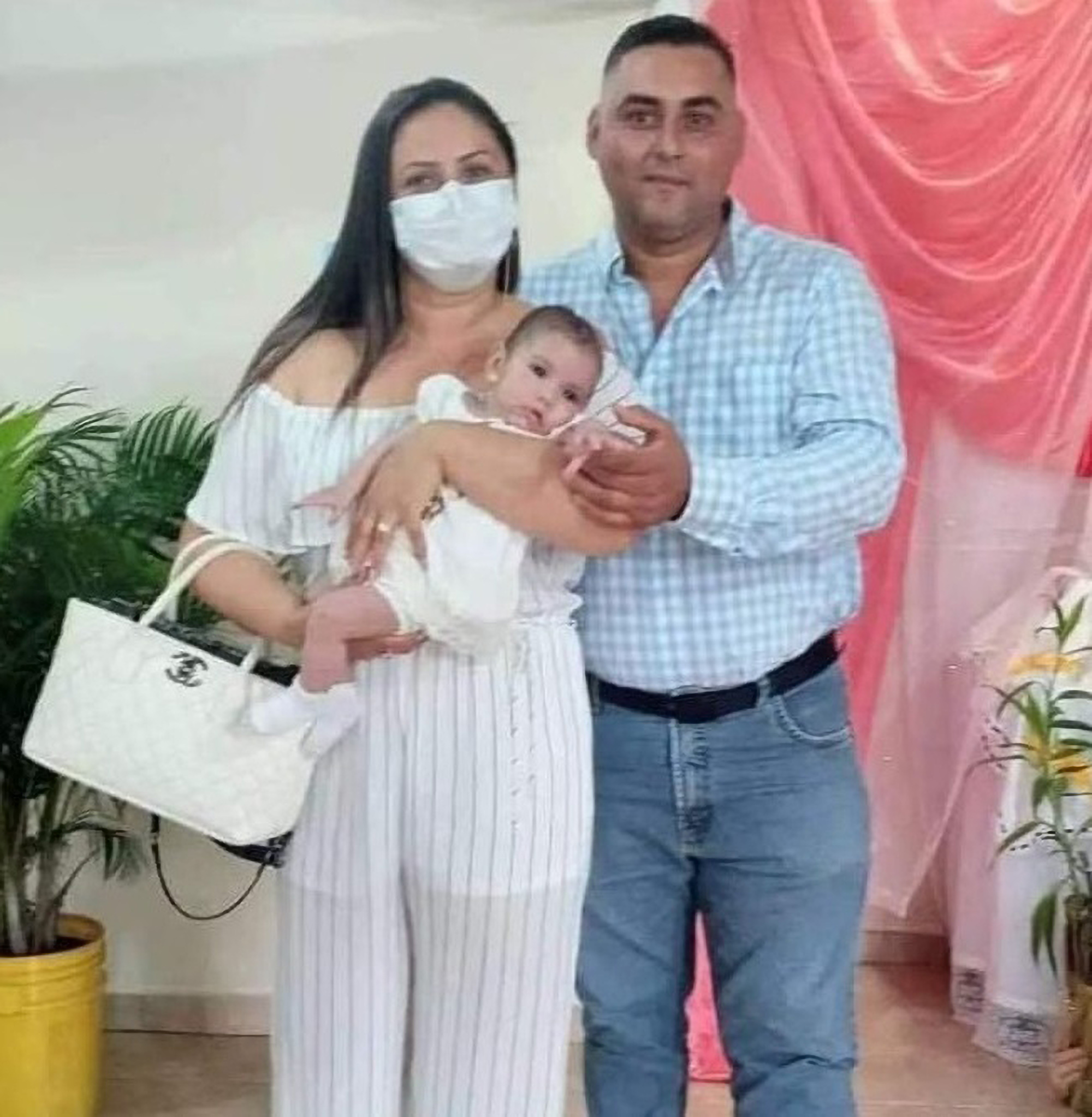 The two men arrived at the house in the rural parish of San Pedro de Suma in the Ecuadorian province of Manabi on a motorbike on November 20.

The robbers told Angelica that they were from a dog vaccination programme to which the mum replied that she had no pets.

But it was then that the two thieves forced themselves into the property and snatched the baby from her mum's arms.

They dumped baby Maria in the paddling pool before taking her mum inside.

Angelica handed them $1,000 (£748) but unsatisfied by the huge cash sum, they reportedly tied the mum up before rummaging around the house.

A short time later, the thieves dashed after hearing a motorbike in the distance.

After the duo left, Angelica began to scream for help and her cries were heard by her other daughter who had been playing at a neighbour's house.

Upon arriving home, the 12-year-old found her baby sister floating in the pool.

She reportedly untied her mother, who tried to revive the youngster, but to no avail.

As of Sunday police were still searching for the two suspects.

Gang violence is a massive issue in the South American country with more than 18,000 robberies haven taken place in September alone.

There is an average of 66 robberies every day in Ecuador.

Since last September, household robberies have increased by an astonishing 14 per cent.

The rate of homicides per 100,000 of the population in the last five years has doubled.