Mysterious deaths of 11 elephants in Zimbabwe may have been the result of bacterial infection, officials say after ruling out poaching and poisoning

The mysterious deaths of 11 elephants in Zimbabwe may have been the result of bacterial infection, officials say.

Authorities had already ruled out two possibilities after the carcasses were discovered on Friday in Pandamasue Forest, between Hwange National Park and Victoria Falls, in the west of the country.

The dead elephants were found with the tusks still on their bodies, meaning they were not killed by poachers, and cyanide poisoning has also been ruled out as a cause of the deaths. 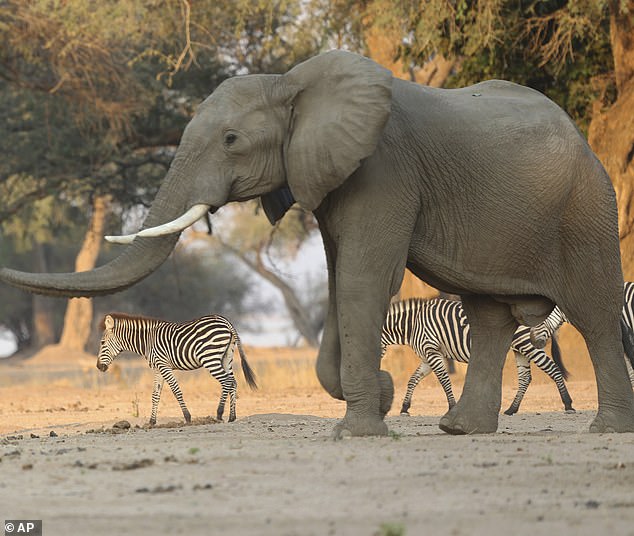 Today, Columbus Chaitezvi, principal veterinary officer at the Zimbabwe Parks and Wildlife Management Authority (Zimparks) said that, following preliminary tests, the agency suspected the elephants could have contracted a deadly bacterial infection while searching for food.

As the country enters the hot summer season, food becomes scarce and younger elephants tend to eat grass and burrow into the soil, exposing themselves to bacteria, he said.

‘So far the laboratory indication is that it’s a bacteria infection but we don’t know what kind of bacteria it is,’ Chaitezvi told Reuters.

Zimparks spokesman Tinashe Farawo said the dead were aged between five and six years and less than 18 months.

‘You can see that those young ones can’t reach for tree tops, so they end up eating anything, which in some cases can be poisonous,’ said Farawo.

In recent years hunters in Zimbabwe have poisoned dozens of elephants and taken their ivory tusks to flog to illegal traders.

Blood samples have since been taken to a laboratory to determine the cause of their deaths.

Tinashe Farawo, spokesman of the Zimbabwe National Parks and Wildlife Management Authority, said yesterday: ‘We can only ascertain the cause of death after the tests but we have ruled out cyanide poisoning.

‘We are also ruling out poachers because the tusks were intact.’ 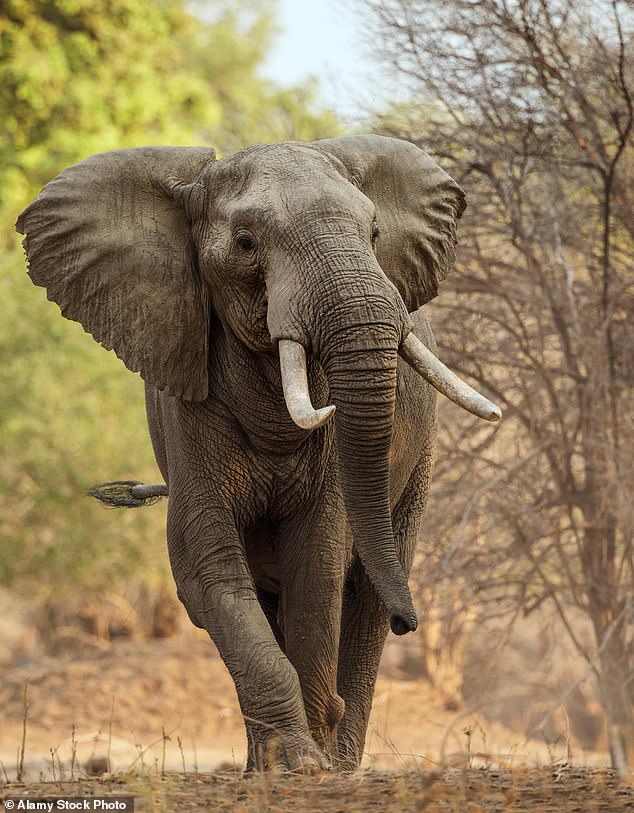 The mysterious deaths of the elephants in Zimbabwe appears similar to the deaths last month of more than 275 elephants in neighboring Botswana.

Scientists are still investigating the deaths of the elephants in the Okavango Delta area with poaching, poisoning and anthrax all ruled out.

Botswana has the world’s largest elephant population, estimated at 156,000 and Zimbabwe has the second largest, estimated at 85,000.

Last year about 200 elephants in Zimbabwe died of starvation as a result of the country’s drought.

Gangs hunted and killed elephants and rhinos to feed an Asian demand for ivory and horns for use in folk medicines.