Singapore: The former Jemaah Islamiyah member who claims to have reformed Umar Patek says he can guarantee the Bali bomb maker won’t return to extremism and wants Australia to know Patek can be a key player in fighting the “seduction” of terrorism when he is released.

Patek was jailed a decade ago for his part in assembling the explosives that were detonated at Bali nightclubs in 2002, leaving 202 people dead including 88 Australians. 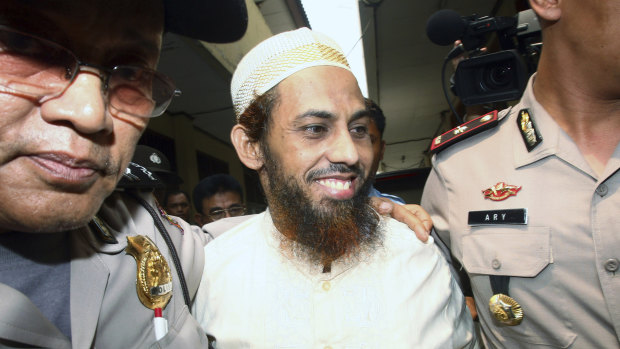 Umar Patek is escorted to court in Jakarta in 2011.Credit:AP

He is now eligible for parole after reductions in his 20-year sentence and could walk free from an Indonesian prison this month, having served only 11 years behind bars.

As the 20th anniversary of the terror bombings on October 12 nears, the news has upset family members and friends of victims and the Albanese government has conveyed to Indonesia its displeasure at the latest trimming of his jail term by five months.

A spokeswoman for Indonesia’s Directorate General of Corrections in Jakarta said on Sunday Patek’s parole application was still being processed.

Former militant Ali Fauzi, a long-time friend of Patek’s who runs a program aimed at deradicalising terrorists, said he could appreciate pain caused by the reduced sentence but hopes “Australian friends can understand it”.

“I need to say to my Australian friends that I do work together with Bali bombing victims, victims of the JW Marriott bombing [in Jakarta in 2003] as well,” he told The Sydney Morning Herald and The Age. 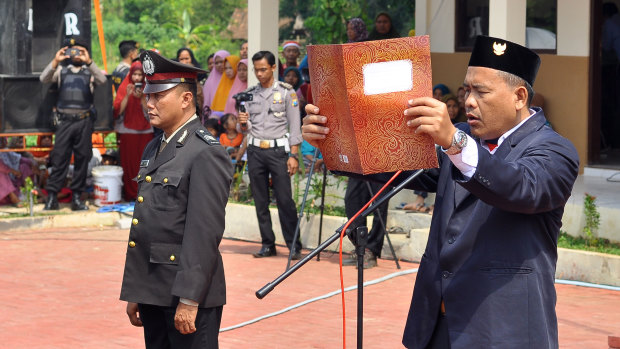 “We work together to do peace campaign at schools, at campuses, we go around Indonesia to tell them to stay away from terrorism. Umar Patek will do the same thing. I hope my Australian friends can have the same understanding as the fellow victims in Denpasar. I went to their houses – it was awkward in the beginning, but over times we became close and now we are like brothers.”

A brother of Bali bombers Amrozi, Ali Ghufron and Ali Imron, Ali Fauzi also spent three years in prison for terror-related offences and was also a bomb maker with JI, the Islamic extremist network linked to al-Qaeda that carried out the attacks at the Sari Club and Paddy’s bar in 2002.

But he maintained he knew nothing about the Bali bombings and has since denounced his violent past and committed to reforming others with his foundation Lingkar Perdamaian.

He said he viewed Patek as a “hero” of deradicalisation because he was one of the first terrorist inmates to participate in a flag ceremony on Independence Day in Indonesia, which promotes moderate Islam, and swear his allegiance to the state. His example was followed, according to Ali Fauzi, by others, including those in the jail complex on Nusakambangan Island, off the south coast of Java, which holds most of the country’s prisoners convicted of terror offences. 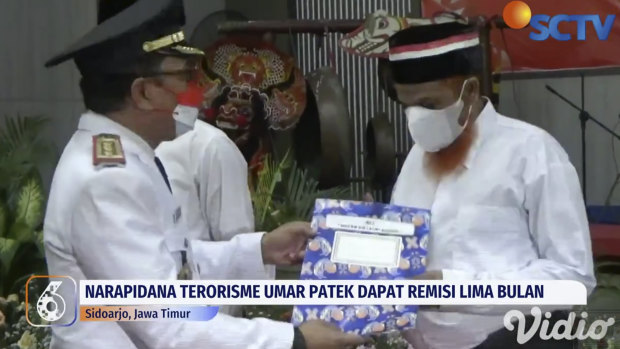 He did not do it “because he wants to get out of jail quickly”, Ali Fauzi said.

“I can guarantee Umar Patek [is reformed]. What he did was not a strategy to get the parole,” he said.

“He is not just a participant, he is flag ceremony officer, he salutes the flag, he sings [the national anthem] ‘Indonesia Raya’ on Independence Day. I can guarantee that he does it with his heart, with his mind, there is no force, nobody forces him. It is born of self-consciousness after frequent times of contemplation, frequent times of discussion with me. He told me, ‘Bro, I want to change 100 per cent’.”

Ali Fauzi believes Patek should be released because he could play an important role outside prison in combatting the scourge of terrorism. He said he planned to take a traditional 17-piece tambourine group from Lamongan, the region of East Java where his foundation is based, to Porong prison to welcome him with a musical performance when he was let out. 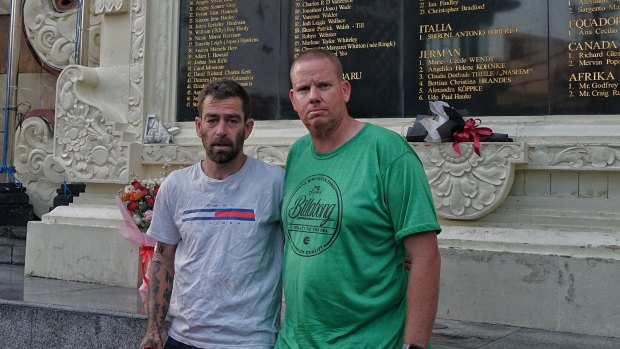 “The plan is that he will go to Lamongan. In my place there are many low-cost apartments built for the children of ex-terrorism convicts and there is a boarding house. I have had talks with him about him starting a business to help his family,” he said.

“My big hope with the release of Umar Patek [is] many people out there will be saved from terrorist seduction.

“If we only use hard power, the problems will never end, we must also use soft power which I can do. My friends who were terrorists, for instance, [are] now reformed and [have] become good people. Every one of us has equal opportunity to change for the better. My hope is that Umar Patek can be better, can contribute to the country, so why don’t we give him a chance?”

It is a question to which relatives and friends of victims have a strong answer.

Visiting the monument at the site of the attacks, in which his 18-year-old school friend Dean Gallagher died, Perth man Dale Kennedy was vehemently opposed to Patek being released.

He said his deceased friend, one of seven members of a Perth football club who lost their lives that night in Bali, “would have been my age now”.

“They should keep him in [jail] forever. Shoot him, like Amrozi,” he said.

Gary Clark, a Gallagher family friend, who joined him at the memorial site, also spoke out against the reduction in sentence that could grant Patek an early release this month.

“They shouldn’t have done that,” he said.