Talented ballerina, 15, beats cancer to earn a scholarship at prestigious dance school after her mother spent months saving up to convert their garage into a DIY studio

A 15-year-old girl who fought cancer since she was two years old is pursuing her dream to become a ballerina – with the help of her mother who spent months saving to convert their garage into a DIY studio.

Hope Faraday, from Preston, Lancashire, was diagnosed with Wilms’ tumour in her kidney before finally getting the all clear from doctors last year.

Single mother-of-three Deborah, 49, is determined to help her eldest daughter achieve her dancing dream after Hope secured a scholarship to study at the Northern Ballet School. 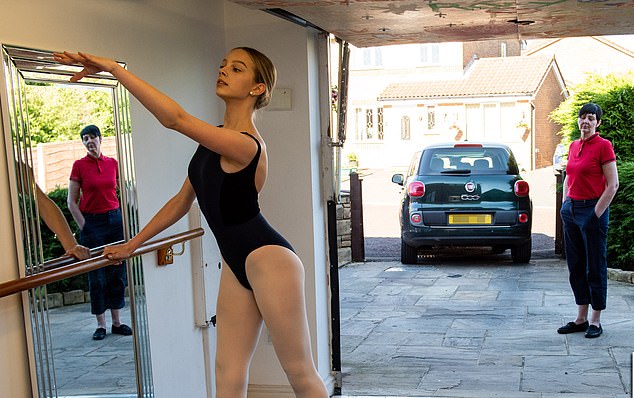 Hope Faraday, from Preston, Lancashire, was diagnosed with Wilm’s tumour in her kidney before finally getting the all clear from doctors last year 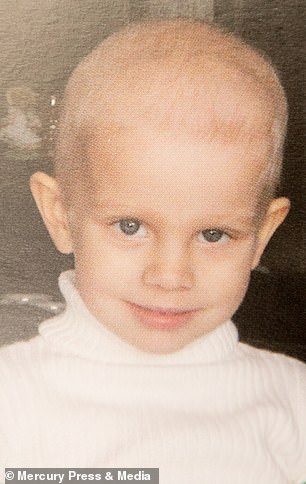 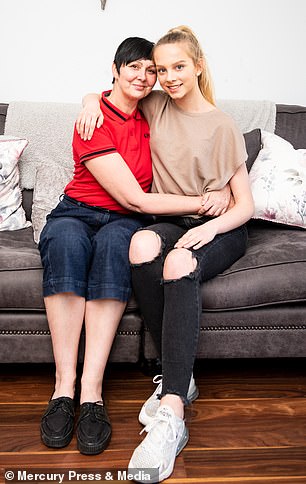 Pictured left: Hope Faraday during her cancer treatment. Right: Deborah and Hope at home in Preston

The teaching assistant even spent months saving to spend £280 on converting the garage of their three-bed semi-detached home into a full dance studio for her daughter over summer 2017 – making savings by laying the floor herself and using a £40 garden post in place of a ballet barre.

Deborah said: ‘Hope’s such a fantastically talented and beautiful girl, inside and out.

‘It’s been tough doing it on my own, and Hope has only been able to do the ballet lessons because they were paid for by my parents, but I was determined to get her somewhere to practise while she’s at home.

‘It took me a long time to save but I managed to get the money for the materials for a ballet floor and I put it down myself.

‘We put some mirrors in there for her on the walls and my dad even made her a ballet barre out of a £40 garden post.’

Putting the studio to good use, Hope gets up at 6am everyday to practise ballet and even has private pilates lessons to maintain her fitness. 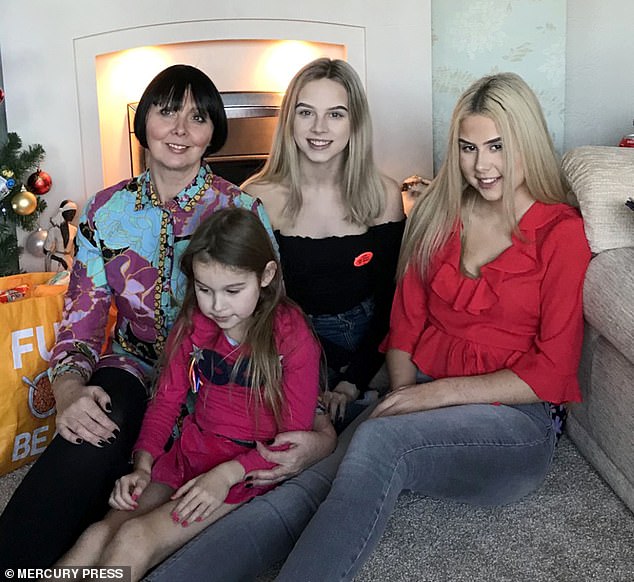 But while most professional ballet dancers start out their career as young as two or three, at that age Hope was still undergoing chemotherapy to shrink the cancer in her kidney.

Only discovering her passion for ballet three years ago, Hope said she felt she has a lot of ‘catching up to do’ to get to a professional level.

Now, having secured a place at the prestigious Northern Ballet School in Manchester, the committed teenager is now attempting to raise £4,000 to cover additions costs around her tuition.

Hope said: ‘Although the scholarship takes a lot of the financial pressures off, things like accommodation and living expenses aren’t included, meaning there still is a lot to pay. 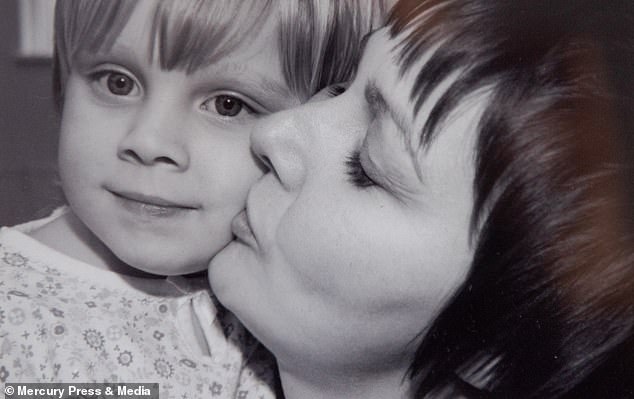 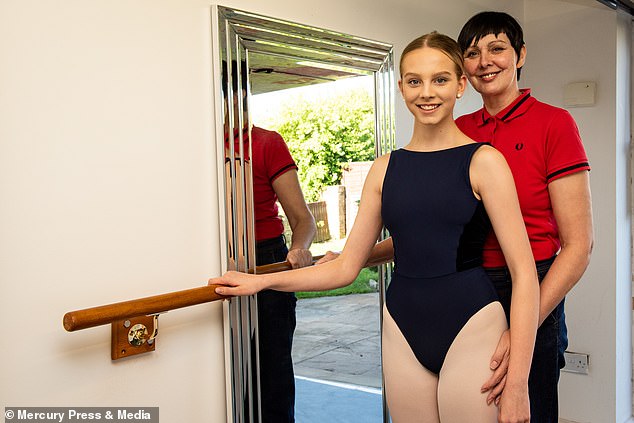 But after celebrating her recovery, the family were dealt a devastating blow when Deborah was diagnosed with inoperable cervical cancer this month

‘Mum’s money is tight and is only spent on me and my sisters, as well as my current dancing fees.

‘My family have done all they can for me, my sisters have even had to give up on their own hobbies for me so I want to do all I can to assist them in making my dreams come true.’

Teaching assistant Deborah said it was the ‘best news’ she could receive when doctors told her that Hope was being discharged from their care.

What are Wilms’ tumours?

Wilms’ tumour is a form of kidney cancer in children, with roughly 80 to 85 youngsters in the UK developing a Wilms’ tumour each year.

It most frequently affects children under age seven.

Most Wilms’ tumours are unilateral, meaning they only affect one kidney.

It is common for there to only be one tumour, but a fraction of children suffer with more than one tumor in the same kidney.

Roughly five to ten per cent of children with Wilms’ tumours have bilateraldisease (tumors in both kidneys), according to Cancer.org.

Wilms’ tumors are often only noticed after they become quite large, with the average newly found tumor becoming much larger than the kidney where it started.

Most Wilms’ tumors are discovered before they spread to other organs.

Roughly 90 per cent of cases of Wilms’ tumour are treatable, according to Cancer Research UK.

But after celebrating her recovery, the family were dealt a devastating blow when Deborah was diagnosed with inoperable cervical cancer this month.

Deborah now faces weeks of grueling treatment to shrink the stage two cancer and has not been told her prognosis beyond this.

She said: ‘Hope got discharged and the final all clear last year. It’s just the best news you can receive.

‘The fact she had cancer is always there at the back of my mind, every time she’s been poorly I panic and want to get her to a doctor straight away just to know that it’s not cancer again.

‘Even though she was only the age of two when she had cancer, it does affect people, it’s like it changes them and they become more empathetic.

‘She’s definitely the lovely person that she is today because of what she’s been through.’

Despite facing five weeks of chemotherapy and radiotherapy, Deborah, said she didn’t care what the cancer throws at her as long as she has her girls, Hope, Verity, 14 and Iris, six.

She added: ‘My girls are everything to me, that’s all that matters, I don’t care as long as I have my life and my three girls.

‘I’ll do everything I can to help them achieve their dreams.’