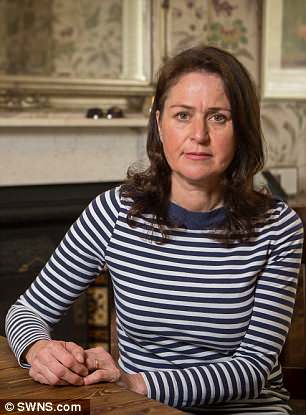 Sarah Leigh, 50, was told she had offended a call handler at Santander after she called up with a query about her credit card

A bank customer was threatened with having her account shut down after chatting with a call centre worker about the popularity of curry in his home city.

Sarah Leigh, 50, had called Santander about her credit card when the bank worker mentioned that he was from Bradford.

In an attempt to make conversation, the mother-of-three referred to the West Yorkshire city as ‘Curryland’ and mentioned reading how waterways there had turned yellow because of the amount of turmeric washing into them.

The man did not complain at the time – but days later Mrs Leigh was shocked to receive a letter from Santander saying she had offended the call handler.

The letter, from Sonia Porter, a manager for the bank’s executive complaints team, said: ‘Your call has been brought to our attention as the adviser, who was happy to help you with your inquiry, was offended by the comments made in respect of Bradford and its inhabitants.

‘Santander considers great customer service a priority and we expect our staff to treat our customers with courtesy and respect at all times.

‘In return we would expect our customers to afford our staff the same courtesy and sadly this was not the experience they had when you called.

‘While I am sure you did not intend to cause offence, we would respectfully ask that during future calls you refrain from making remarks such as these.

‘Should there be repeats of this behaviour when contacting us, we may have no option but to review our banking relationship with you and we may then decide it is in everyone’s interests for you to seek alternative banking arrangements.’

Mrs Leigh, who has banked with Santander for more than three years, said: ‘I was jolted by the letter. I didn’t swear, I didn’t comment on religion or the colour of the person’s skin.

‘It’s so over the top I fear for the future generation. We really are becoming a bunch of snowflakes.’

Magazine sales executive Mrs Leigh, from Bristol, made the call on April 20 and had largely forgotten about it until she received the letter a week later.

When she rang up and spoke to one of the employee’s colleagues, she asked what she had done wrong and was told she had talked about ‘Curryland’ when she learned where the man lived.

She then remembered mentioning an article about how waterways in Bradford – which has 200 Indian and Asian restaurants and has been named curry capital of Britain six times – had turned yellow due to the amount of spices emptying into them.

The issue had been highlighted in a report by the Friends of Bradford Beck group, triggering an investigation by the Environment Agency.

Mrs Leigh said that the woman told her: ‘I know from your call you didn’t mean to cause offence but you clearly did cause it to our adviser.’

Mrs Leigh said yesterday: ‘The more I’ve thought about it, the more outraged I am.’ 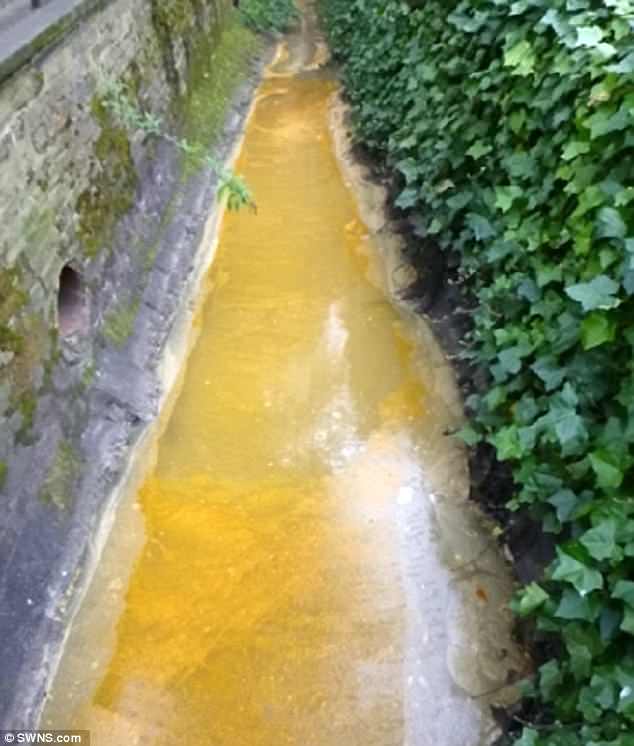 A waterway in Bradford polluted by the popular yellow curry ingredient turmeric. The city has been dubbed the curry capital of Britain because of the changing colour of its waterways

Her 52-year-old husband Marcus, who is a property developer, said: ‘We were gobsmacked.

‘Sarah wouldn’t have meant any malice in the slightest. I think it’s the most ridiculous thing I’ve ever heard of.

‘It’s a snowflake millennial who has got offended over nothing. But what’s worse is a massive company like Santander has backed him.’

Santander said that it had followed procedures where staff can report ‘inappropriate behaviour’ to a manager.

A spokesman added: ‘Our call handler was offended by comments they felt were racially inappropriate.

‘As a bank with a multicultural workforce, we take these matters seriously and explained to the customer the offence caused.

‘We have since spoken to Mrs Leigh and understand this was not her intention. We hope we can continue meeting Mrs Leigh’s banking needs.’