‘Conniving’ bank worker who stole £175,000 from her great aunt, 84, to fund her lavish holidays leaving her victim so distraught she tried to take her own life is jailed for six years 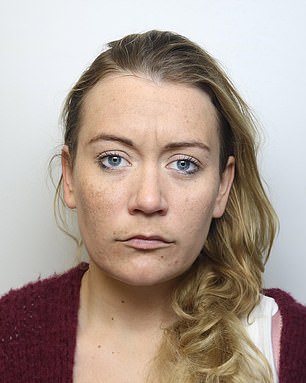 A former bank worker has been jailed for six years after taking £175,000 from her great aunt’s inheritance to fund her around-the-world trips.

Stephanie Colasanti was described by the judge as ‘conniving’ after she treated pensioner Glenda Bennett’s savings as a ‘piggy bank’.

The 31-year-old used the money to fund expensive foreign holidays, shopping sprees, car leasing and her own drug use after taking voluntary redundancy, and only stopped when ‘the money ran out’.

Between 2015 and 2018 she travelled to India, Egypt, Greece, Kenya, Cape Verde and Ibiza, posting photos of her globetrotting adventures to social media.

She was found guilty of two counts of fraud in a trial last year and sentenced at Swindon Crown Court.

Jailing her for six years, Judge Jason Taylor QC told Colasanti, of Wanborough, Swindon, Wiltshire: ‘I consider you manipulative, self-centred, and somebody who has no regard for anybody but yourself.

‘You are motivated solely by greed.’ 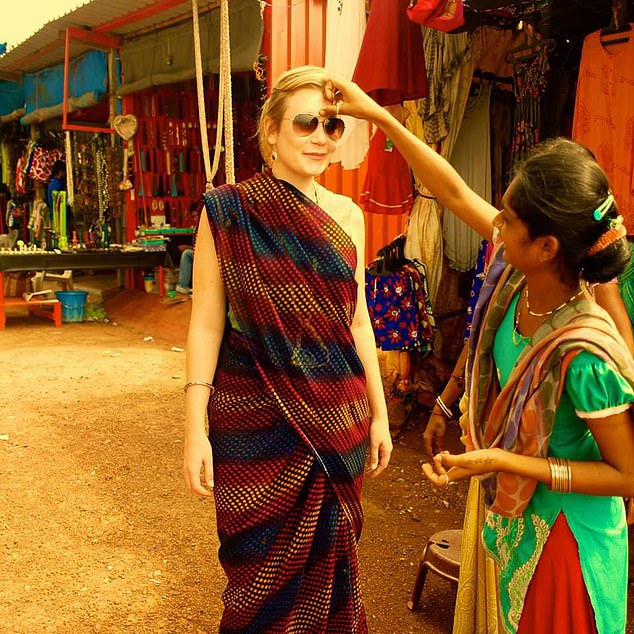 During her travels, Colasanti visited a number of exotic countries (pictured her in India) 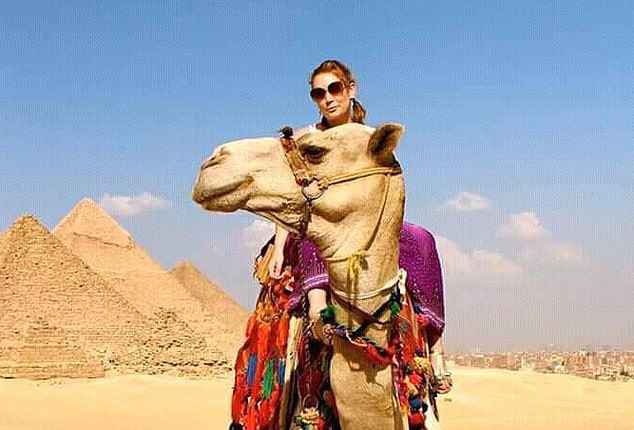 Colasanti used the money to fund her lavish lifestyle on expensive trips abroad. Pictured riding a camel around Egypt’s pyramids 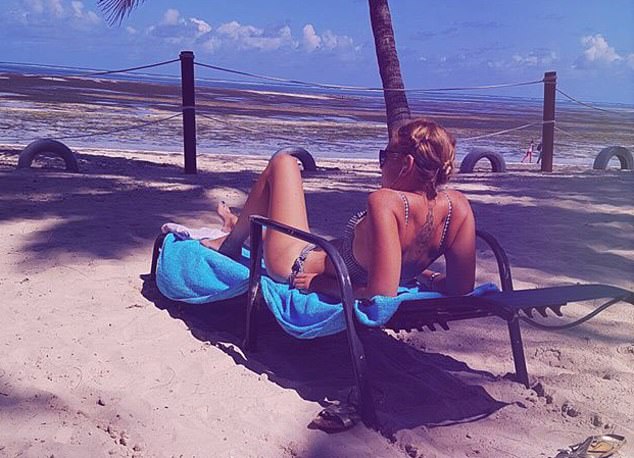 The 31-year-old used the money to fund expensive foreign holidays, shopping sprees, car leasing and her own drug use after taking voluntary redundancy

Colasanti was spoiled by her great niece who had inherited £473,00 and used some of the money to gift her some of a property.

But the partially-deaf great aunt was unaware that her niece had used telephone banking to fund her lifestyle.

She claimed she was spending the money on renovating their jointly-owned flat and on Open University fees, when she was really keeping the money for herself.

Colasanti quit her job at the Royal Bank of Scotland in 2016 to work as a self-employed ‘life coaching professional’ and to do voluntary work in Africa.

When Mrs Bennett found her bank accounts had been cleaned out she initially thought she had been the victim of an online fraud.

She had asked her niece if she could move into their jointly-owned flat but Colasanti rejected her, which led to the pensioner trying to kill herself.

After she accused Colasanti of taking the money, her niece strongly denied the allegations. 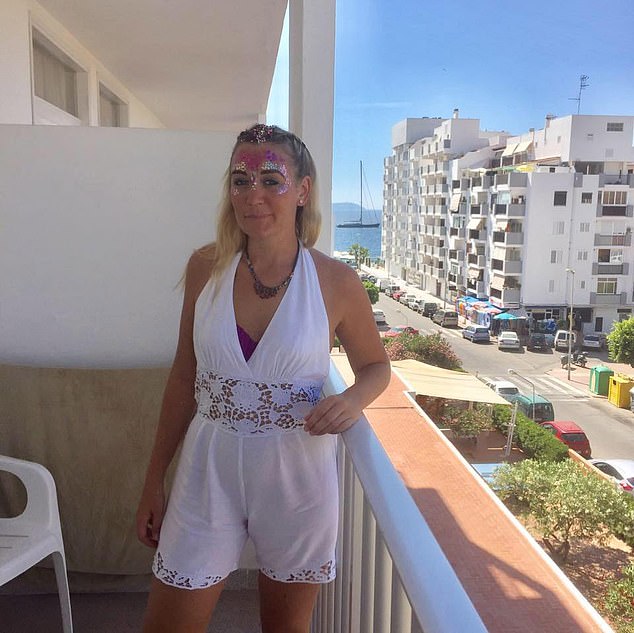 Colasanti – who defended herself after sacking two solicitors – said she as not guilty and sought to appeal.

She claimed all her travels were paid out of her wages as she worked hard in a 50-hours-a-week position.

Judge Jason Taylor QC said Colasanti had received around one quarter of a million pounds – about half of her aunt’s inheritance, but added: ‘Not all of that was fraudulently.’

Judge Taylor said: ‘Your great aunt was extremely generous with you and gifted you money. That generosity was not enough for you. You used your great aunt’s bank account as your own piggy bank.

‘You sought to blame your then boyfriend for causing some of the debt or your great aunt for spoiling you. Once again it shows your inability to take responsibility for your own actions.’

He said: ‘Not all of that was fraudulent. I am satisfied to the criminal standard at least £175,000 was. I am also satisfied the reason the fraud stopped was the money ran out.

‘I do not consider that you are genuinely remorseful. It is noteworthy that the experienced probation officer has reached the same conclusion.’ 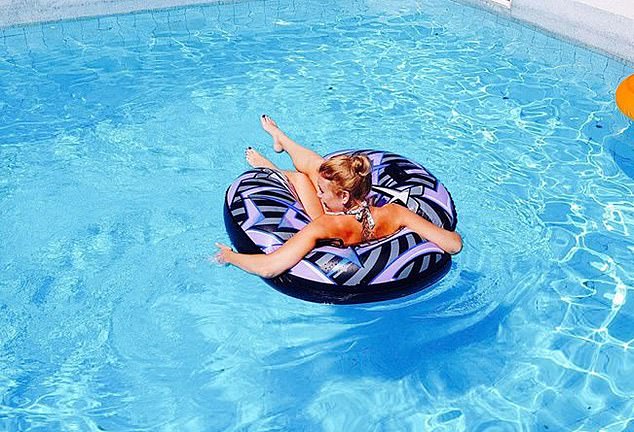 A judge labelled Colasanti ‘conniving’ during the trial at Swindon Crown Court. Pictured: Colasanti enjoying one of her getaways