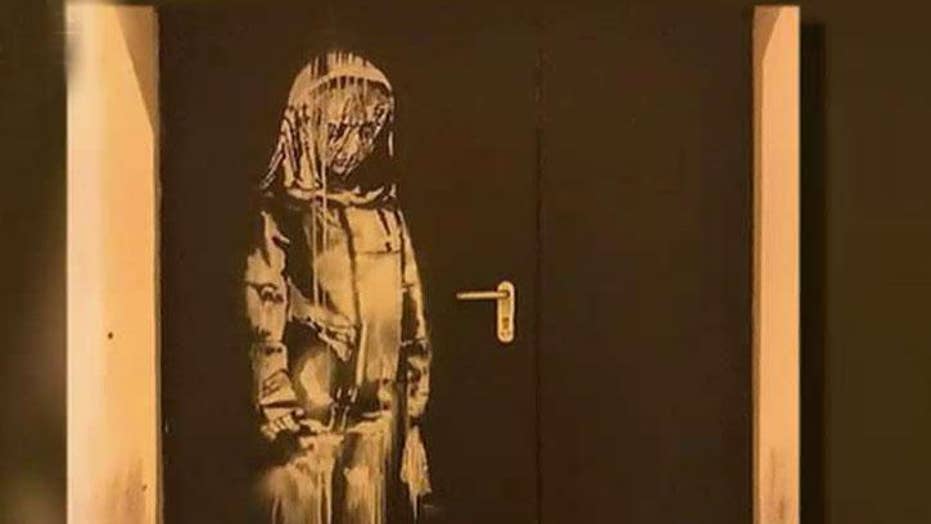 90 people died in the terror attack that the artist created the piece for.

A Banksy mural which paid homage to those who lost their lives during the Bataclan terror attack in 2015 has been stolen, the venue announced on Saturday.

The image, painted in white last June, shows a girl in a veil looking mournful, and was painted on the exit door of the concert hall where 90 people were killed in a terror attack in Paris, France. Hooded thieves armed with angle grinders came in the middle of the night and sawed the door off, escaping with it in a van, Agence France-Presse reported.

“We are today filled with a deep sense of indignation," the Bataclan venue wrote on their official Twitter account. "The work of Banksy, a symbol of contemplation belonging to all – residents, Parisians and citizens of the world – has been taken from us."

The attack on the Bataclan took place in November 2015 as a part of several coordinated terror attacks in France's capital city that left 130 dead. Three armed men entered the concert hall about an hour into the performance of American band, Eagles of Death Metal, and began opening fire. The attacks left Paris reeling – and prompted mysterious street artist Banksy to paint the mural on the concert hall's side door. 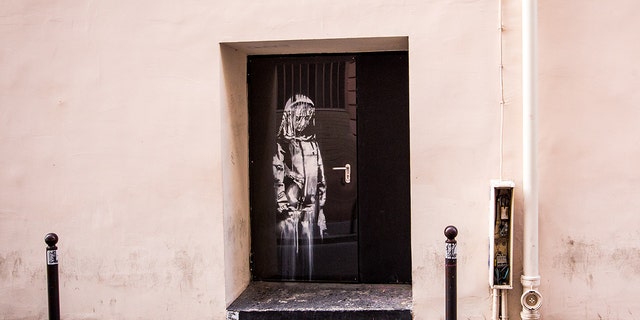 A Banksy mural paying homage to the 90 people who lost their lives during the Bataclan terror attack in Paris, France has been stolen
(Sadak Souici / Barcroft Media via Getty Images)

Banksy's true identity is only known to a handful of people, and his secretive nature makes it difficult to ensure beyond a shadow of a doubt that all of his work is truly his.

His work often tackles controversial issues such as immigration and environmental justice.

The artist dominated headlines late last year when one of his paintings, after being sold at an auction for $1.2 million, began to shred itself in front of a shocked audience.