Barbuto, the chef Jonathan Waxman’s vibrant fusion of a casual neighborhood hangout and a destination restaurant, will close at the end of May after 15 years in a former garage in the West Village.

Industria, the building it occupies on a corner just south of the meatpacking district, was sold last year, and Mr. Waxman’s lease ran out at year’s end. In an interview on Wednesday, he said the building’s owners no longer wanted a restaurant in the space. Barbuto’s last day is Friday, May 31.

“Barbuto was more than a success,” Mr. Waxman said. “I regard it as the crowning glory of my career.” He said he was looking for another space in the neighborhood, and would like to reopen Barbuto by the end of the year. “I hope to find a silver lining in all of this,” he said.

Until that happens, many diners are likely to be as dismayed by the loss as they were by the closing of the Red Cat in Chelsea last year, which the restaurateur Jimmy Bradley opened before there was a High Line and art scene in that neighborhood. Mr. Waxman’s thriving restaurant also predated the High Line, the Whitney Museum of American Art and other developments that brought throngs of tourists and new residents to the West Village.

Barbuto is Italian for “bearded,” an apt description of the chef, 68, who says he isn’t thinking about retiring. The restaurant, which opened in February 2004, has a wood-fueled open kitchen, bare tables, wicker chairs and garage doors that roll open in warm weather. It’s where Mr. Waxman, a French-trained chef who had first caught the food world’s eye when he headed the kitchen at Michael’s in Santa Monica, Calif., turned to Italian cuisine. 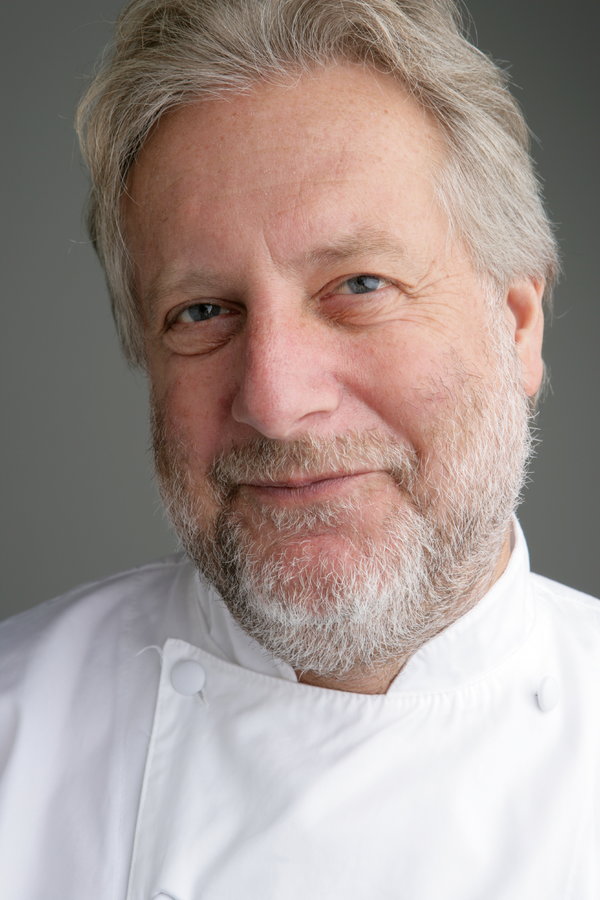 In a 2008 review in The New York Times, Frank Bruni remarked on the contrast between Barbuto’s low-key style and high culinary standards. The restaurant, he wrote, “feels wholly relaxed, and that’s a big part of why I’ve eaten here so often. But I’ve also been drawn by the possibility of a satisfying meal for a price that’s not stratospheric.”

At Barbuto, salsa verde replaced beurre blanc and was paired with the roast chicken, Mr. Waxman’s signature since the days of Jams, the Upper East Side restaurant he owned with Melvyn Master, a wine expert, from 1984 to 1990. There, Mr. Waxman brought bright, fresh California flavors to New York. The chicken is still served at the reboot of Jams in 1 Hotel Central Park in Midtown Manhattan.

Though Waxman fans can appreciate the chef’s food at Jams, which borrows a great deal from Barbuto, the restaurant is in a hotel surrounded by luxury apartment towers, not brownstones and lofts.

“They make it exciting for me and for the customers,” he said. And he hopes that they, like his clientele, will stick around for the next Barbuto.