Barcelona’s streets are left empty as 1.6m people are told to stay at home after city goes into ‘voluntary lockdown’ amid spike in coronavirus cases

The streets of Barcelona were empty on Sunday following the Catalan regional government’s decision to go into a ‘voluntary lockdown’ over the weekend.

On Friday, over four million people in the Barcelona metropolitan area, including 1.6million in the city itself, were asked to stay at home unless it is absolutely necessary to go out.

This was due to a spike in coronavirus infections in the Catalan region and gatherings of over 10 people have now been banned while cinemas, theatres and nightclubs have been closed down once again. 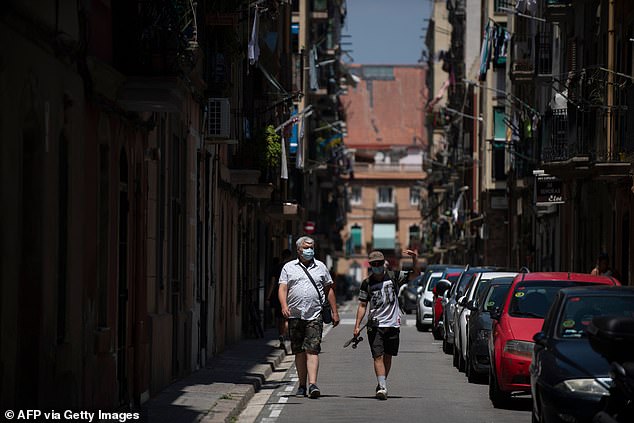 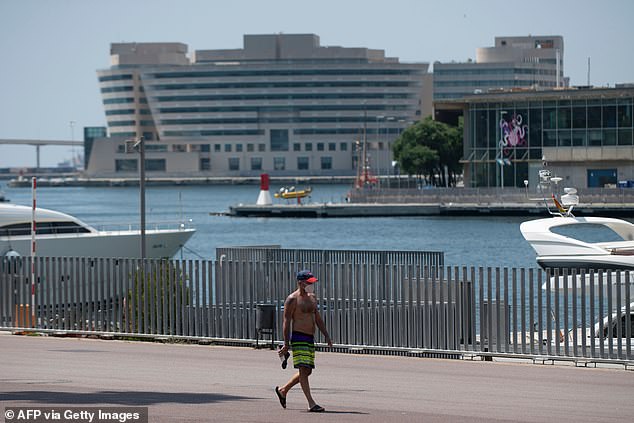 Popular areas in Barcelona, including the harbour (pictured), saw very few visitors with over  four million people told to stay at home where necessary 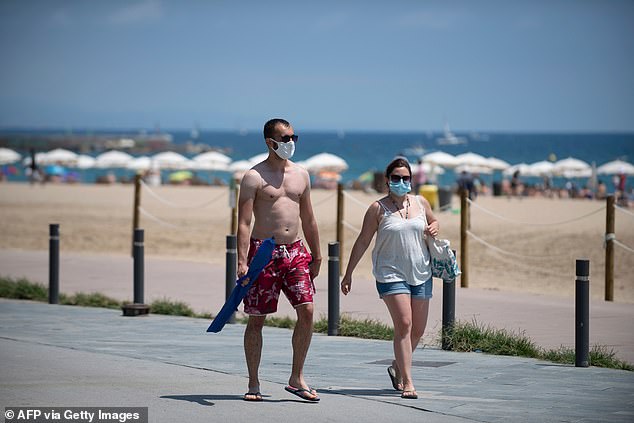 The Catalan government also encouraged people to shop online when possible and restaurants have had to halve the amount of customers they receive.

The decision to go back into lockdown comes four weeks after Spain ended its state of emergency following 28,400 coronavirus-related deaths in the country which holds 47million people.

But nearly 1,300 more people were confirmed or suspected of carrying the virus in Catalonia on Thursday, the highest number of daily infections in weeks.

The city of Barcelona, which hold 1.6million people, is where most of the new cases have been identified, according to the region’s health department.

Spain’s initial lockdown resulted in a major weakening of the economy, with the tourism industry looking to use the good weather over the summer to recoup some of the losses felt by the global pandemic.

Yet the Sagrada Familia, the city’s most famous landmark, welcomed very few tourists on Sunday, with many exciting visitors disappointed to see it closed following the second lockdown this week. 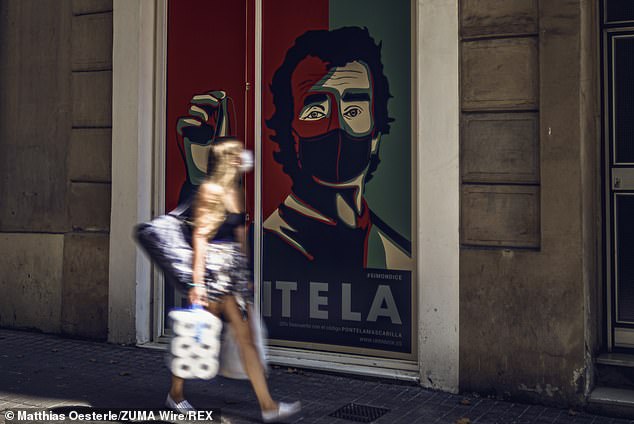 Residents in Barcelona have been told not to leave their homes and must shop online unless for emergencies. Nearly 1,300 more people were confirmed or suspected of carrying the virus in Catalonia on Thursday 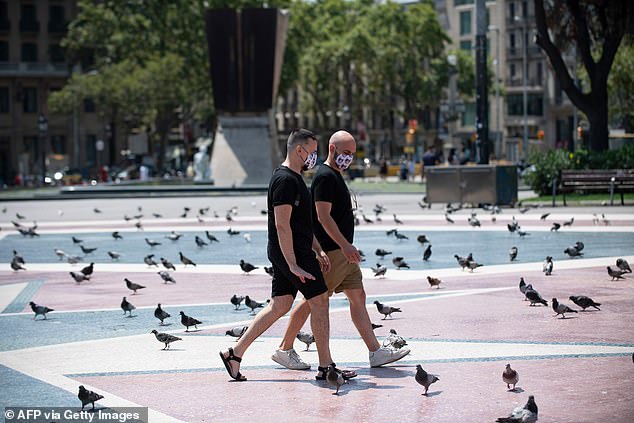 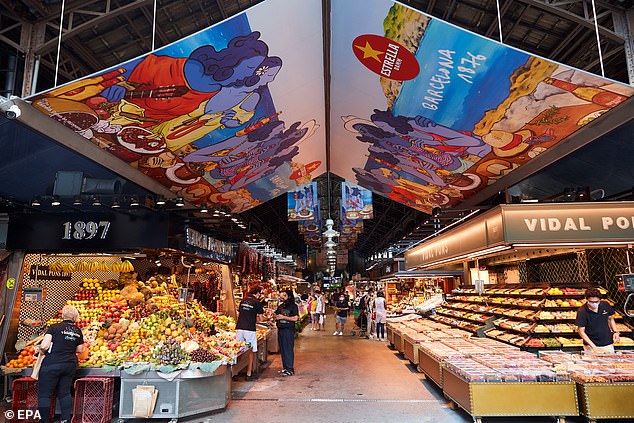 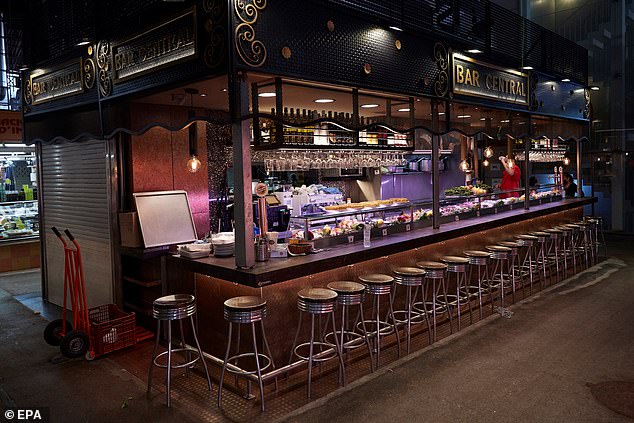 Restaurants and bars in Barcelona were also ordered to welcome only half the usual amount of visitors while cinemas, theatres and nightclubs have been closed down once again 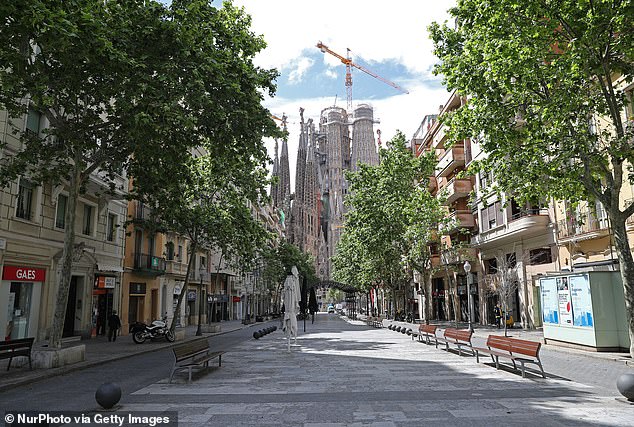 A possible reason for the empty streets in Barcelona could be the idea that many Barcelona residents chose to leave the city over the weekend to go second homes in areas that are not under lockdown.

The regional government encouraged Barcelona residents not to do this in order to prevent the virus from spreading any further, but traffic authorities revealed the departure of 350,000 vehicles heading for the coast.

Dr Jacobo Mendioroz, Barcelona’s ‘coronavirus chief’, branded this move by residents as a ‘mistake’ and warned that mandatory home confinement could be the next step in the bid to stop the virus from spreading. 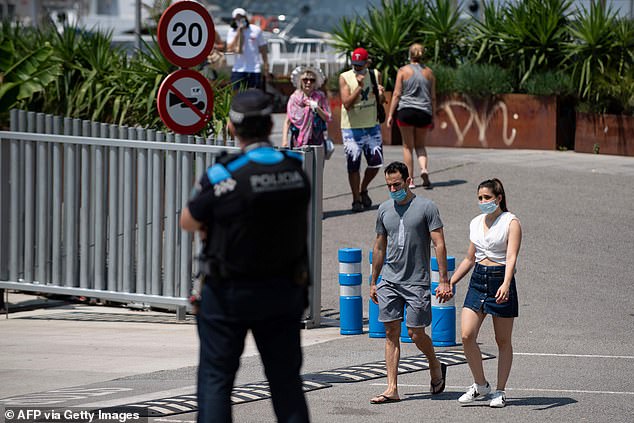 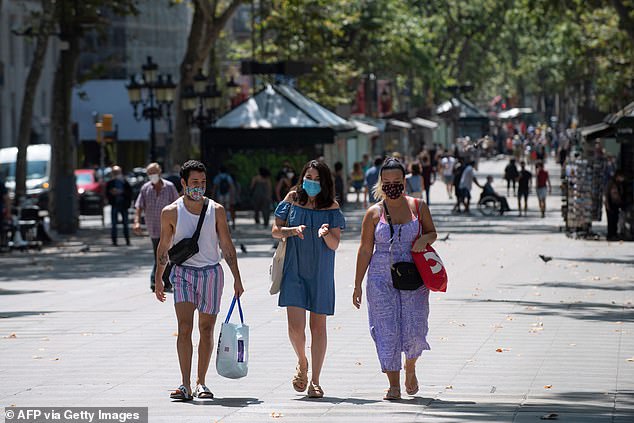 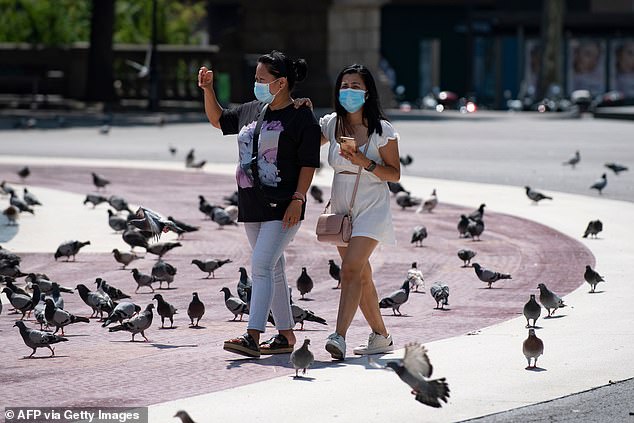 The city of Barcelona holds 1.6million people while the total number of residents in the city’s metropolitan area sits at around four million 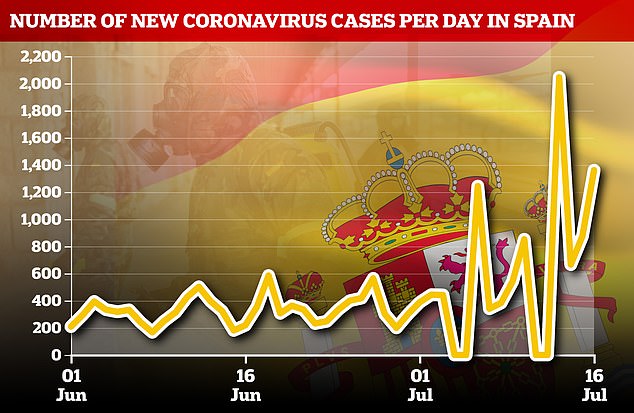 The decision to go back into lockdown comes as a blow to Catalonia’s pro-independence regional government, who themselves criticised the central authorities in Madrid for not being better prepared against the virus.

Catalonia and the neighbouring Aragon region, where coronavirus cases have also spiked, are now of most concern to the Spanish authorities, as they watch more than 150 clusters of the virus across the country.