Madrid:  Tens of thousands of Spaniards from the northern Basque Country have formed a line that stretched over 200 kilometres to demand a ballot on secession for the wealthy region. 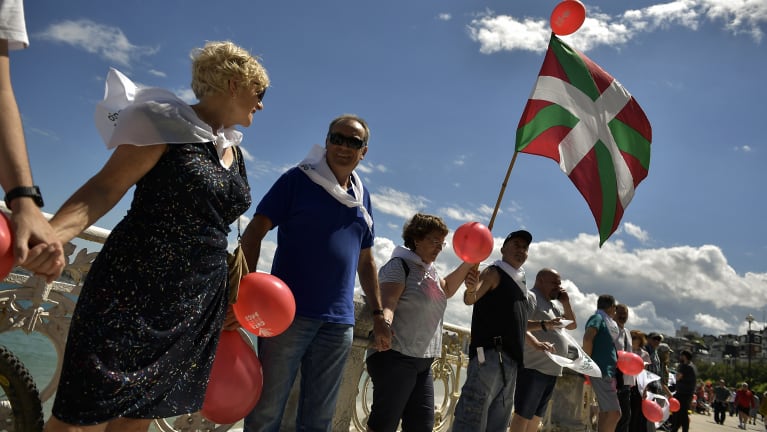 The Basque flag flies among those gathered at La Concha beach to demonstrate for independence as part of a 200-kilometre human chain.

Protesters held hands or extended scarves between themselves to form the human chain, which connected the cities of San Sebastian, Bilbao and the regional seat Vitoria.

Organisers say 175,000 people participated, including Basque and Catalan pro-secession politicians and activists. Basque police did not give an official count.

The demonstration took place just over a month since Basque militant group ETA announced its dissolution.

Spain has refused to allow an official referendum on secession by the Catalonia region, whose leaders tried and failed to declare independence last year.