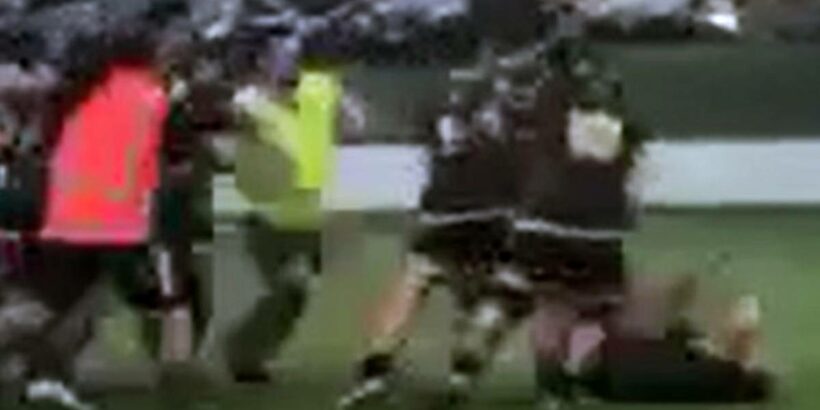 A disgusted Tokoroa father has described watching an “all-out brawl” between Taupō Phoenix and Forestland Falcons senior rugby league players over the weekend.

He said the brawl happened during a Round 3 Waiariki Rugby League Competition game played at the Tokoroa Memorial Sportsground on Saturday afternoon.

The Bay of Plenty Rugby League Union is tonight holding an independent judicial board hearing into the fight.

The spectator, who spoke on condition they were not identified, told the Rotorua Daily Post he was “stunned and appalled” by the actions of the players and also some spectators who ran on to the field to join in.

He said there had been six other fixtures played at the venue which was”played in good spirits” before the fighting broke out about 15 minutes before the end of the game.

“It was clear that when Taupō Phoenix and Forestland Falcons players took the field there were tensions between them probably because this was an annual grudge match.”

The spectator said fighting soon developed into “an all-out brawl” which included lots of jersey-pulling, hard shoves, multiple punches, and kicks to the body.

“And when it was all over there was a trail of injured people everywhere, some who were trampled over in the melee,” he said.

“The referee had no chance of controlling things … as there were fights breaking out everywhere,” he said.

The spectator said he attended the games with his partner and 10-year-old son and they”shocked and disgusted” by the bad behaviour both on and off the field.

Some people on the sidelines even shouted encouragement, including a woman who screamed “get him” to someone brawling on the field, he said.

“There were multiple punches thrown by both sides and at one point there were four different groups of people fighting, and I saw someone blind-sided by a punch fall to the ground.

“The injured man took some time to get up again, and I saw him struggling on his knees taking in some water assisted by one of the trainers,” he said.

“The most horrific thing was when I saw some people running on the field to join in and little kids also on the field were nearly bowled over by those mauling each other.”

The witness said he also saw another player receive a coward punch to the side of his head by an opposing team member.

“And while the injured man was still on the ground other people trampled over him to get to the perpetrator,” he said.

The spectator said at one stage there were about 40 to 50 people on the field, some of who were desperately trying to break up the fights or help the injured.

“The referee was doing as much as he could to control the melee and after a sharp blast on his whistle, the game was officially stopped, and things started to simmer down.

“I’m appalled by the lack of sportsmanship by these men and their lack of self-control, and this also applies to those spectators who incited violence or joined in.”

The spectator said there needed to be serious consequences for the players and others involved in the brawl, which happened in front of about 200 people, including young children.

If this happened a couple of hundred metres down the road at a local pub these people would be held accountable, the spectator said.

Forestland Falcons Rugby League & Sports Club secretary Rachel Joyce said she would not be making any comment until she had spoken to the rest of the committee members.

Bay of Plenty Rugby League Union interim chairman Des Hemara said he could not comment on what happened during the match while an investigation was under way.

However, he said there was an independent judicial board hearing tonight

starting with the players, followed by an examination of the actions of both clubs.

Hemara said he was still seeking any CCTV footage and independent video of what happened during the game and would seek advice from the NZ Rugby League Union.

He hoped the independent judicial hearing process would be finalised by the end of this week, but the board’s ruling may not be delivered straight away.