The DJ was due to host Tuesday's Radio 5 live Breakfast show with Rachel Burden but became unwell at home on Monday night with the painful condition. 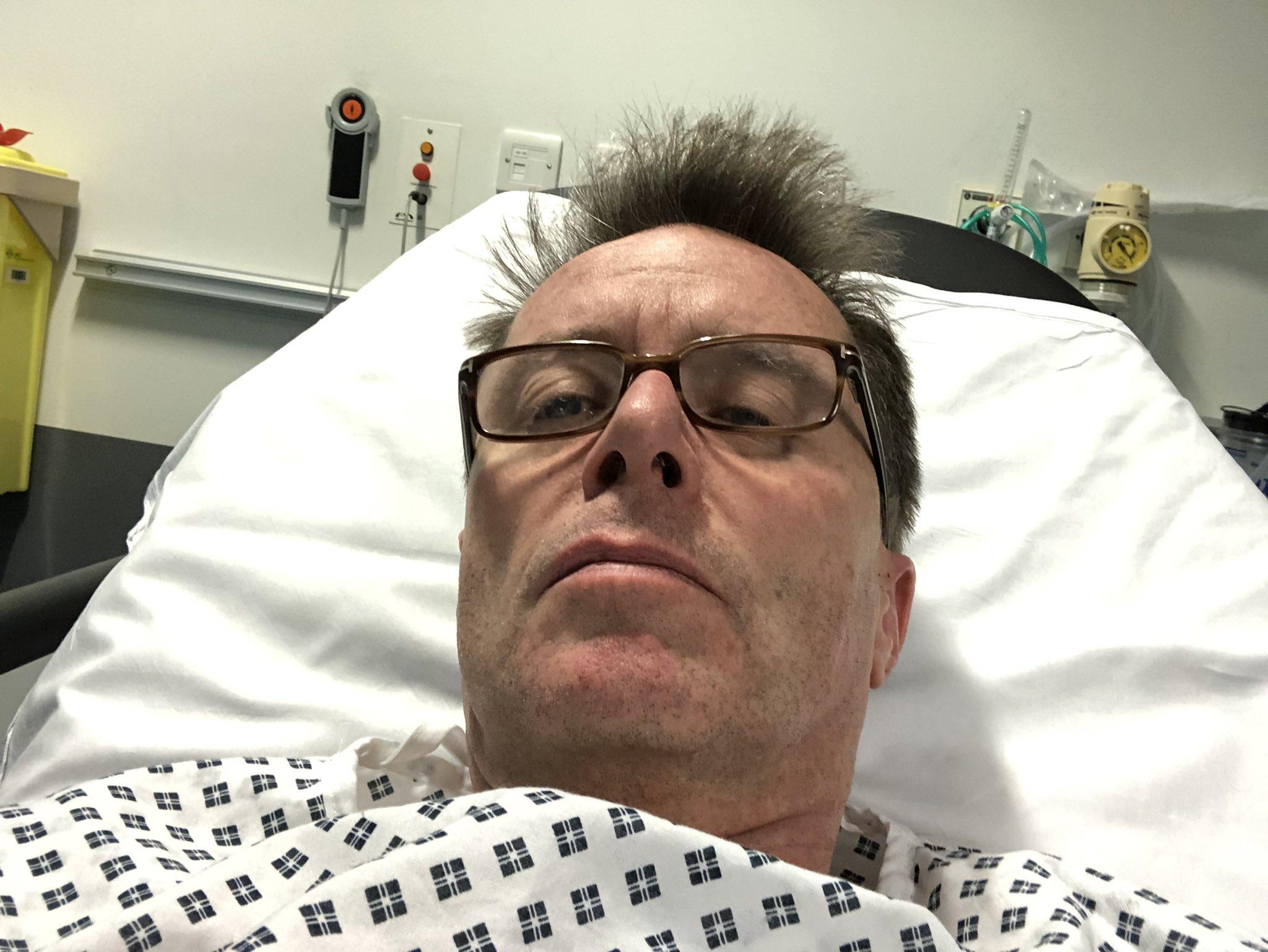 Campbell, also a presenter on Long Lost Family, told fans the attack was the "worst pain ever" and praised the "amazing care" he received.

He tweeted his fans: "Good morning from Salford Royal Hospital where I was rushed last night after a kidney stone attack. Blimey. Some pain that!

Responding to one well wisher he said: "Worst pain ever. I tell ya. Pain relief was excellent."

While another follower quipped that the illness was "some length to go to get out of Brexit chat", Campbell responded: "Haha. Stop it. Hurts to laff [sic]."

DJ Chris Warburton was called in to replace Campbell and presented Tuesday's show alongside Burden.

Burden told listeners she had been in touch with her regular co-host and he was recovering well.

Campbell has presented the show since 2003 and last year confirmed on air that he was taking a pay cut amid the controversy over the gender gap.

BBC Radio 5 live Breakfast airs every morning from 6-9am.