Beeb lawyers accused Emma Kitching, 38, of cashing in on the flagship show with her £5 weekly studio lessons for beginners. 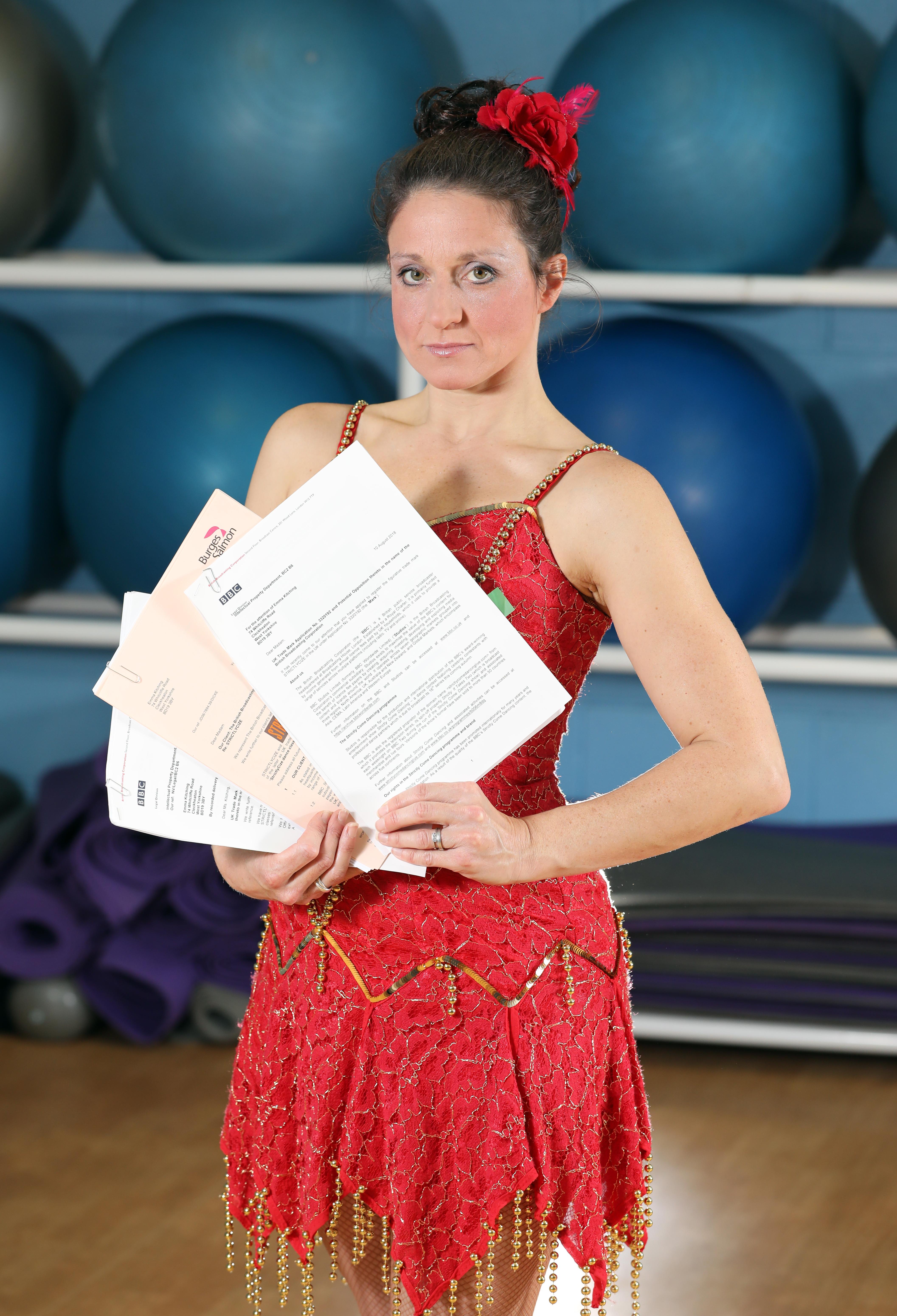 She was given 14 days to withdraw her application to trademark Strictlycize and told to destroy all promotional material.

Shocked Emma was told the name of her business was "likely to confuse and/or mislead the public" into believing she was linked to the show.

One legal warning read: "Such confusion may be damaging to the BBC's business and the Strictly brand."

Mum of three Emma, 38, fumed: "I couldn't quite believe it when I got the first letter. They're trying to crack a nut with a sledgehammer. 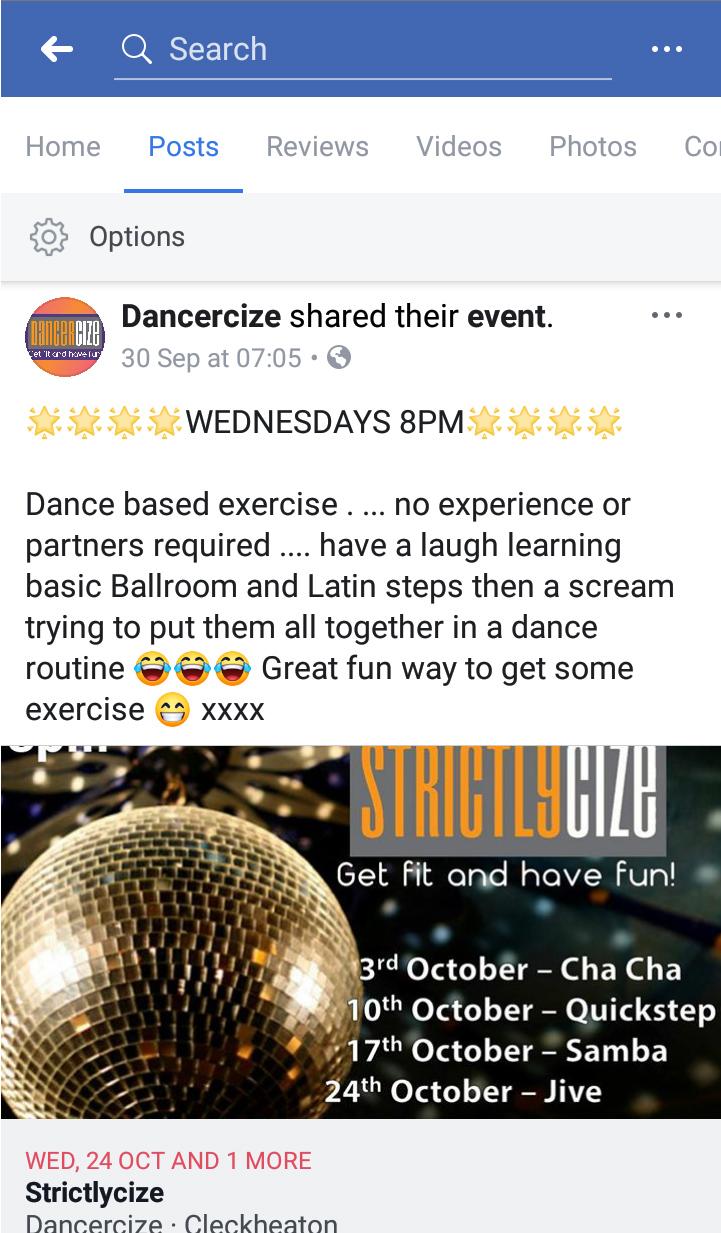 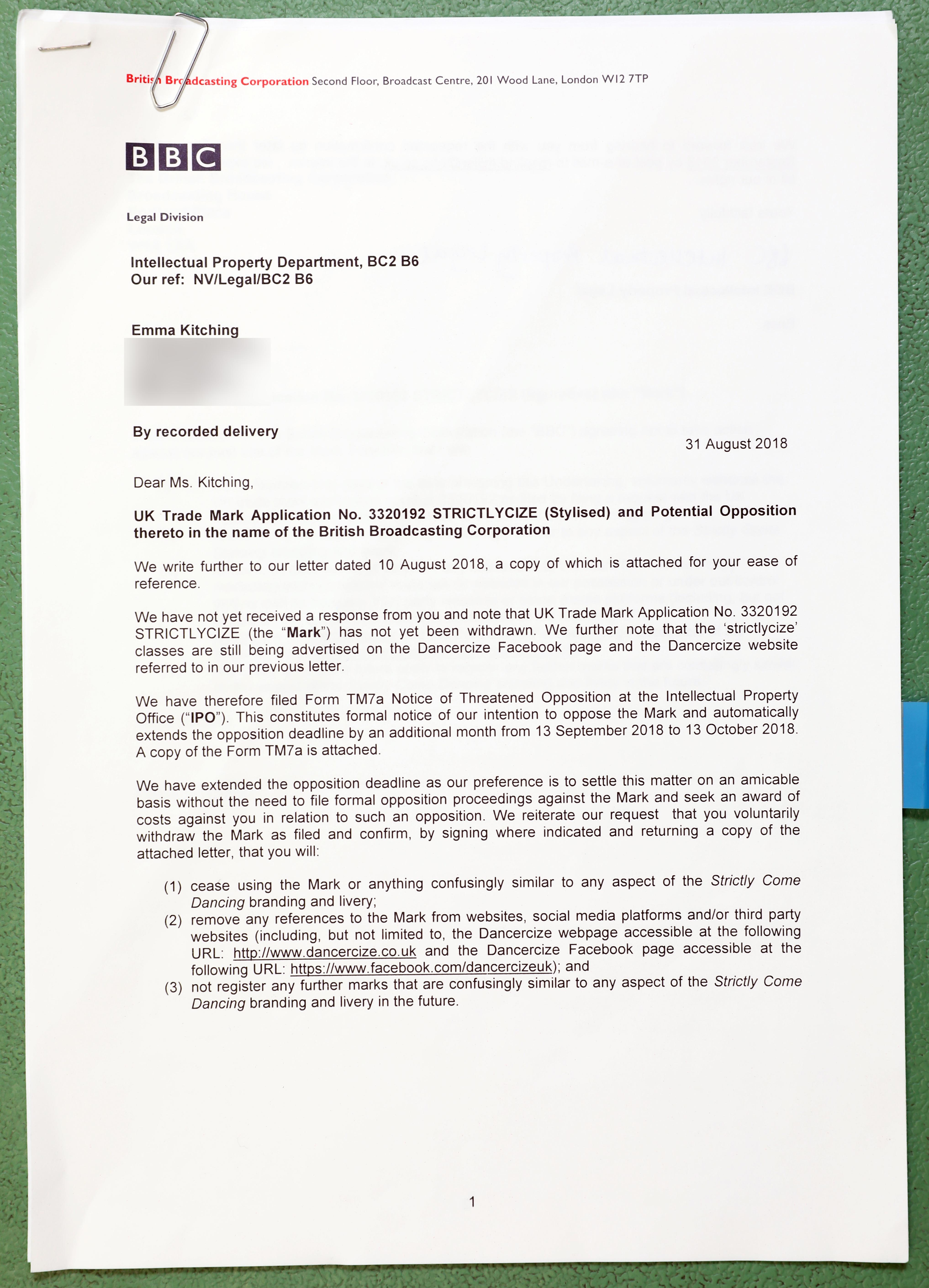 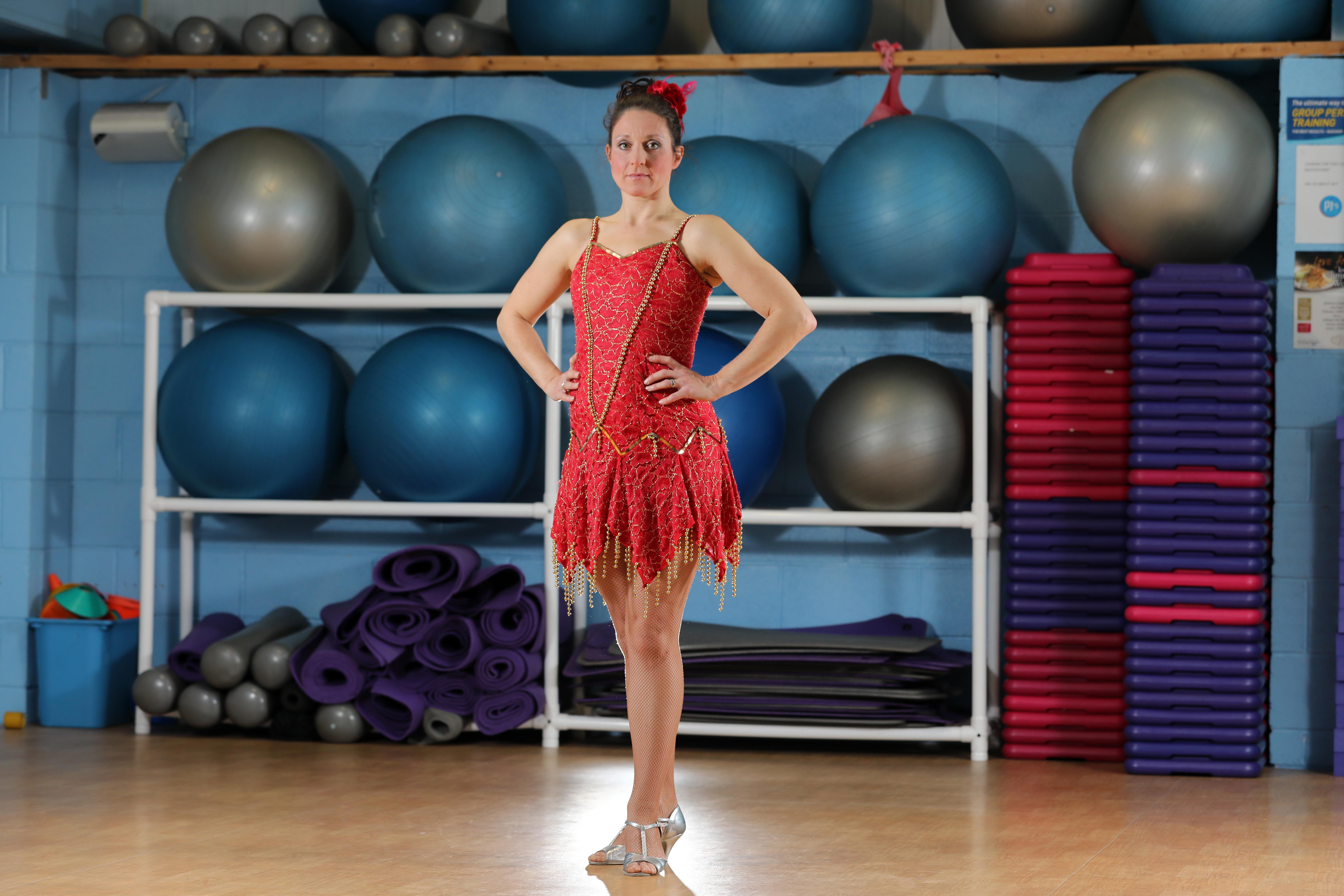 "I'm just a mum juggling my kids with dance classes in a studio for people who want to lose weight or have anxiety issues.

"I'm lucky if eight people attend the classes. Sometimes I've just had one or two

"It's designed to be a bit of fun for people, that's all. It's left a sour taste."

She advertised on Facebook: "Calling all Strictly fans! If you want to get fit whilst dancing ballroom and Latin like the stars, then this class is for you."

In June she applied to trademark the struggling business. 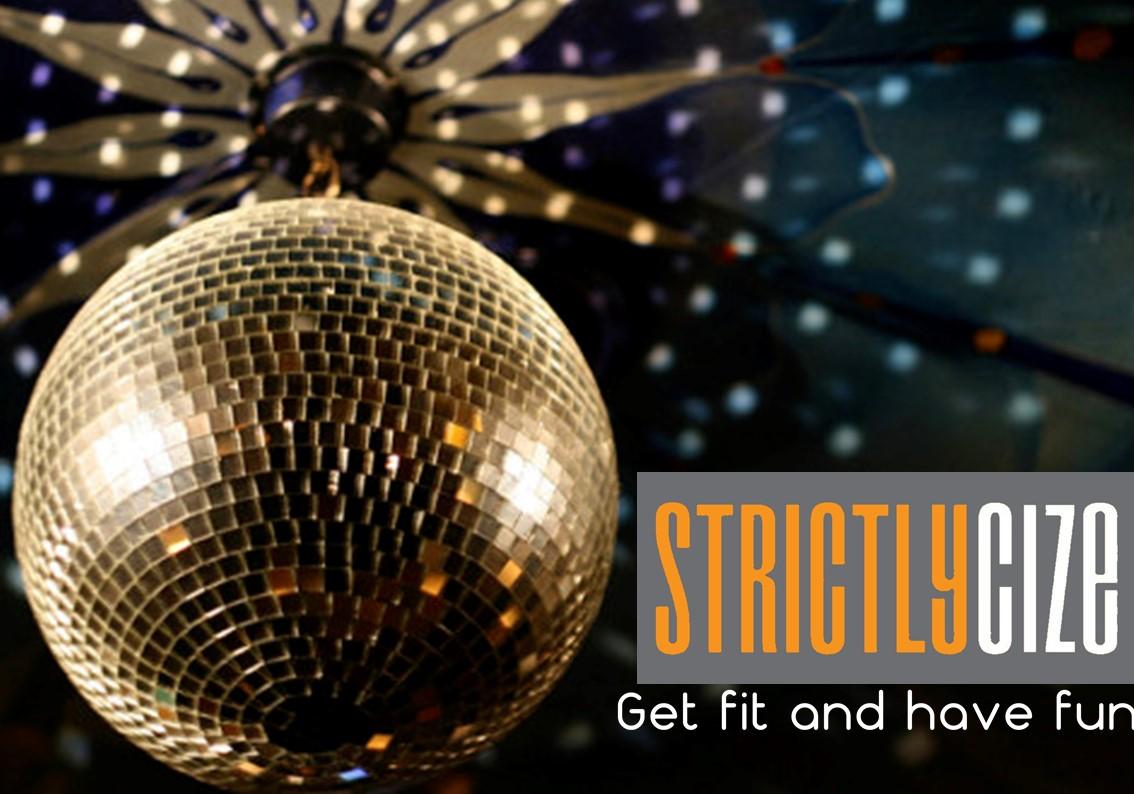 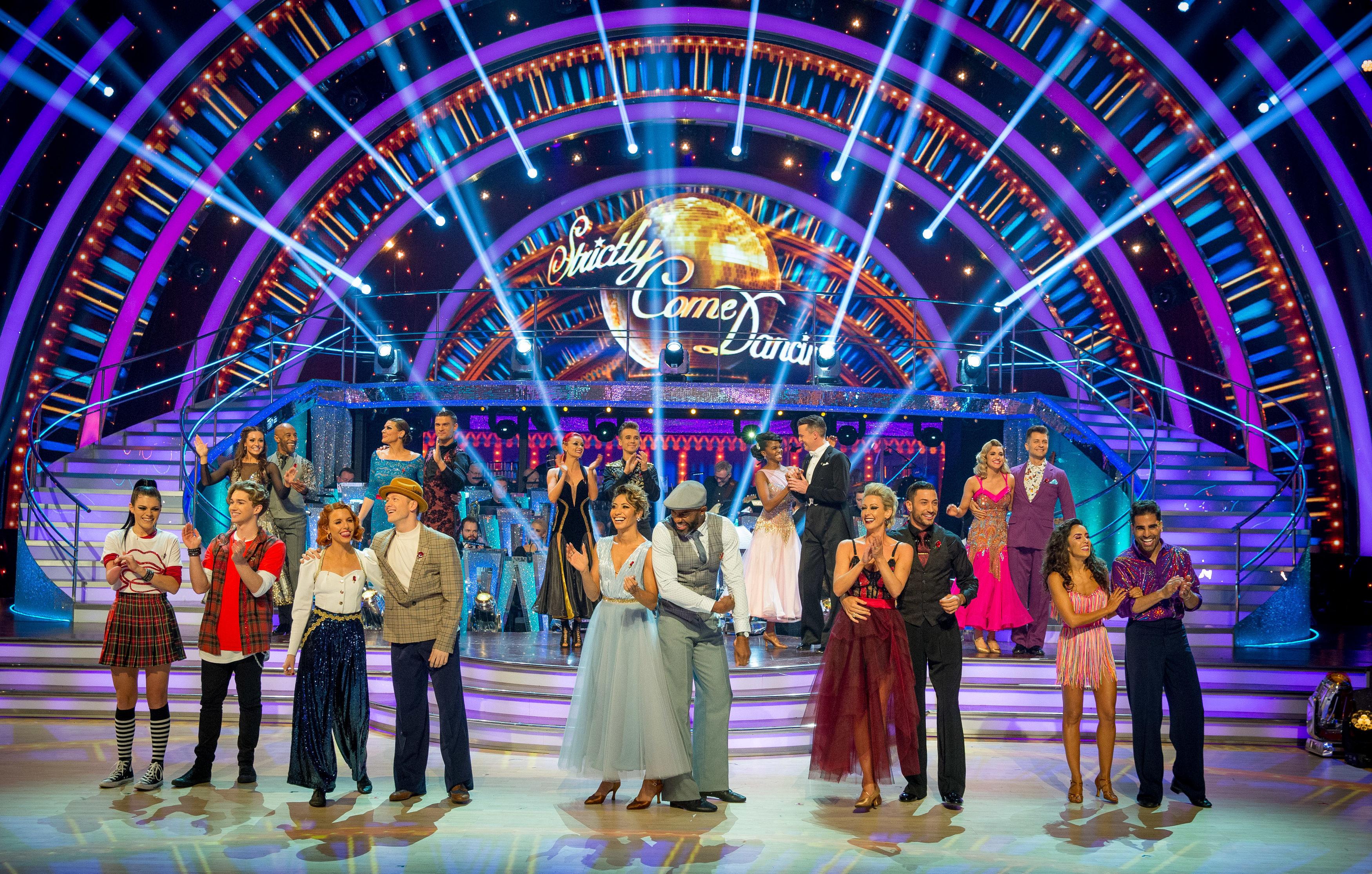 But in August she received a letter from the BBC's Intellectual Property Department demanding she withdraw her application.

It claimed: "The overall impression … is of a weekly dance class designed to be associated with the BBC's Strictly Come Dancing programme.

"The (trade)mark is presented in a manner which clearly delineates the words 'strictly' and 'cize' with an emphasis on 'strictly' as its first and most prominent element.

"We consider that the Mark is likely to confuse and/or to mislead the public and make them believe that your offering is somehow connected with, or endorsed by, the BBC when that is not the case."

A further letter from the BBC on August 31 warned Emma was "riding on the coat-tails of the reputation" of the Strictly branding.

It said: "Such misrepresentation is likely to damage the goodwill and reputation of the opponent's (BBC's) business." 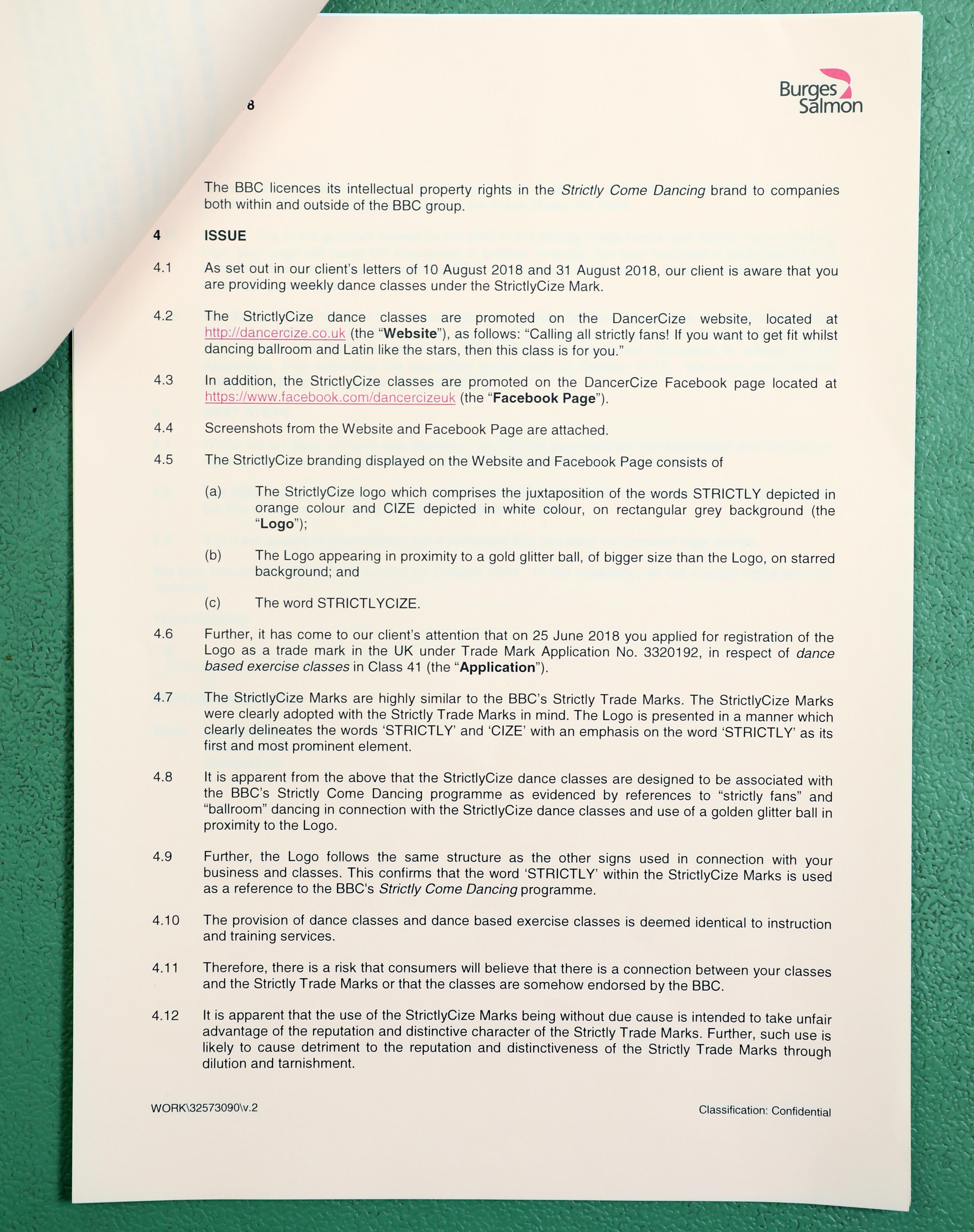 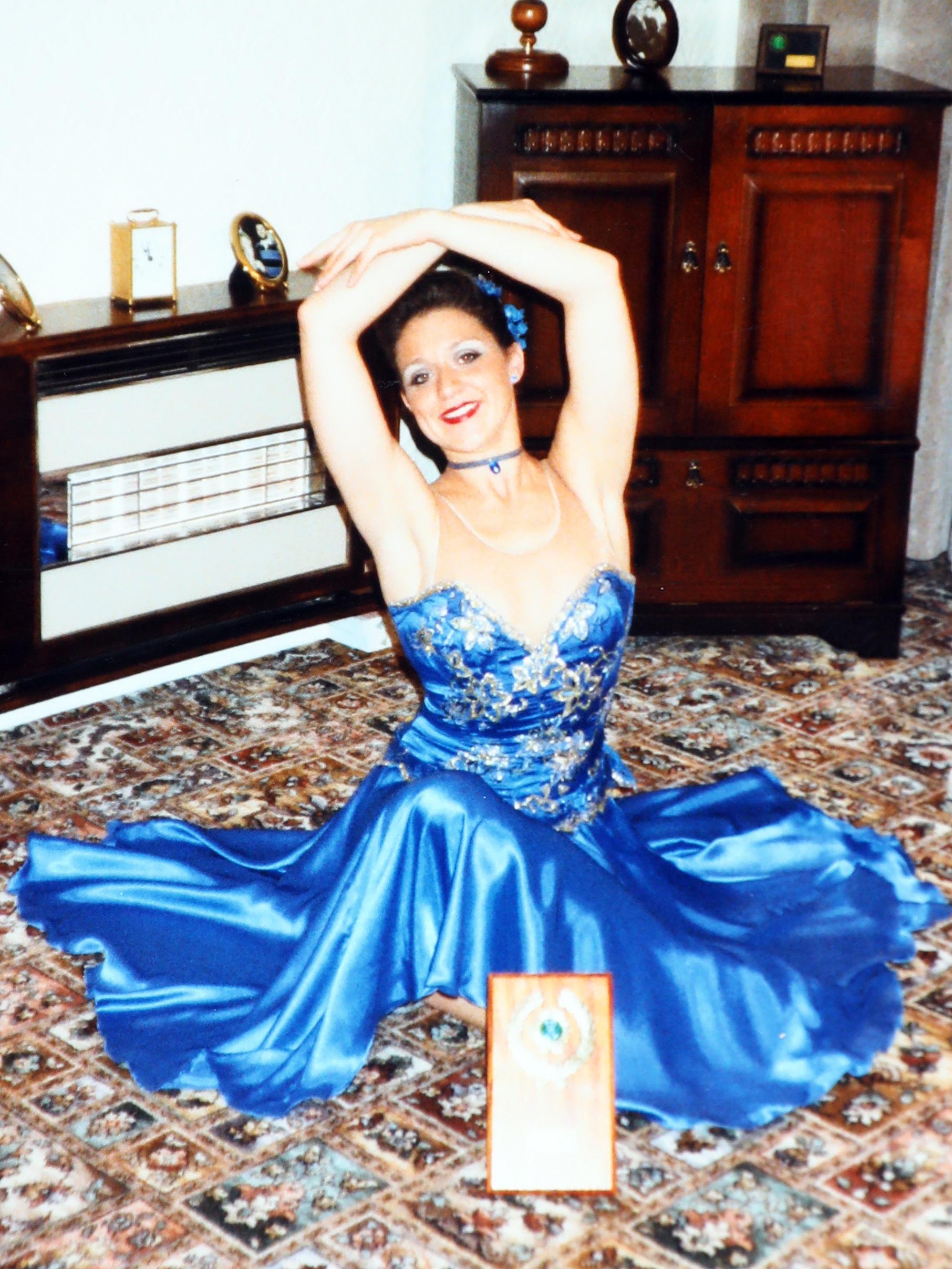 In October lawyers acting for the BBC wrote to say they they had been instructed to formally oppose her application.

Emma has since withdrawn her bid to trademark the Strictlycize business and fears she will now be liable for costs.

She added: "I can't afford to go up against the BBC. Their approach to this, the time and money they have dedicated to it, is ridiculous.

"I'm now worried they may force me to pay their legal costs so far."

A BBC spokeswoman said:  "We’re fully supportive of someone running dance classes and wish them luck, but it’s important the public isn’t misled and don’t mix up an independent, commercial dance business with something endorsed by the BBC."

Emma's ordeal comes after we revealed in September how Teresa Lawrence, 50, was threatened with legal action by the Beeb over her plus-sized dance troupe called Strictly Curved.

BBC lawyers accused Teresa of "damaging" the corporation’s business with her £5 dance lessons in community centres in Basildon, Essex.