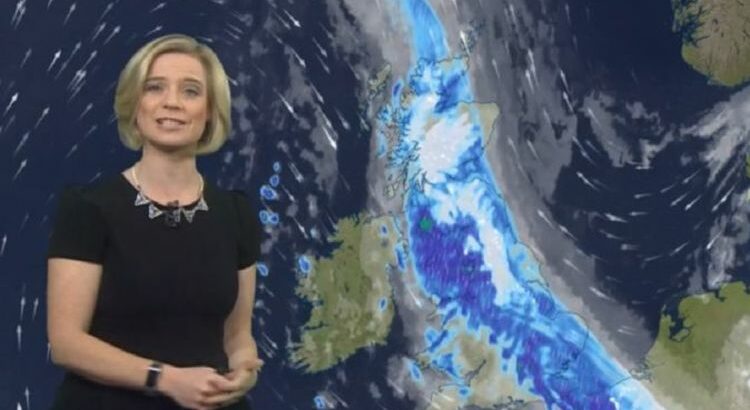 BBC Weather forecaster Sarah Keith-Lucas has said the Met Office has issued an amber warning for snow and sleet in Britain. The nation will see sleet and snow across the country, with the heaviest snow hitting parts of Scotland and north England. Temperatures are expected to fall drastically to below freezing to start Friday morning as well with more snow and sleet expected at the end of the week.

Ms Keith-Lucas said: “The Met Office have issued an Amber weather warning for heavy snow across some parts of northern England and Scotland.

“It will be mainly over the high ground but there will be some snow even down to low levels.

“Over the high ground 10-20cm of snow and at some levels away from the coast you will see a couple of centimetres of snow falling.

“That is likely to cause some disruption through the course of the day where you are seeing the sleet and the snow. 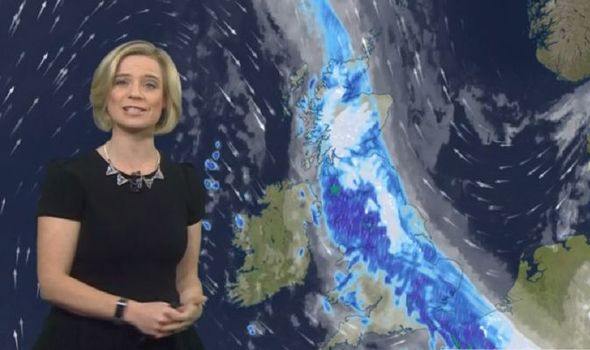 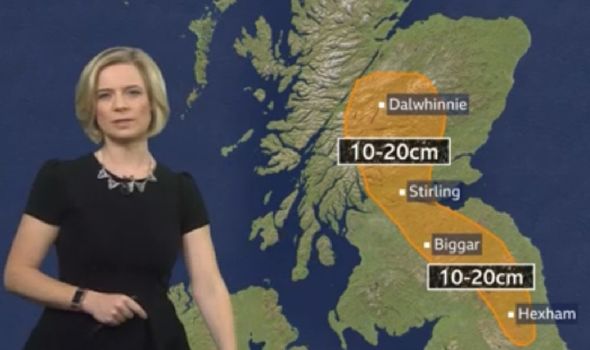 “It is all down to this slow-moving frontal system that has been with us for the past 24 hours and it is quite slow-moving today.”

The BBC Weather forecaster noted that there will be warmer air moving in from the west.

However, this is unlikely to stop more of the sleet and snow expected to come.

Ms Keith-Lucas continued: “As we head through the course of the day there will be some heavy snowfall in Scotland and the Pennines as well. 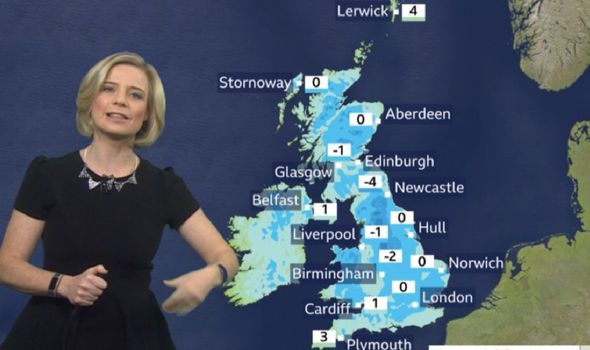 “Down at lower levels there will be a mix of some sleet and some snow, but there will be quite persistent rain for parts of northern England, the midlands down towards the south as well.

“There will be some drier weather moving in from the west to Northern Island and the south-west of England.”

The temperatures in these two areas could reach as high as 9 degrees.

However, for the rest of the UK temperatures will be just above freezing with a potential high of 4 degrees. 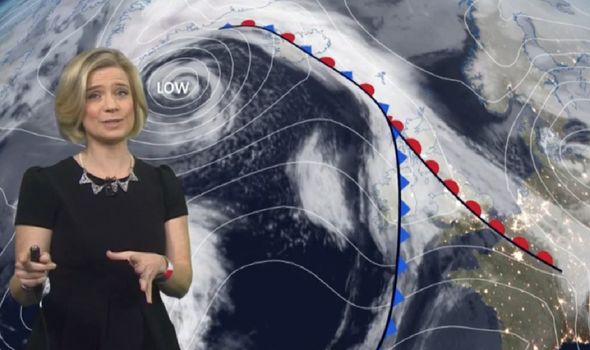 The rain sleet and snow will fizzle out by the beginning of Friday but temperatures are expected to drop even further across the country.

Ms Keith-Lucas said: “There will be low cloud mist and murk around for Friday morning.

“It is going to be cold as well so temperatures for many of us falling a few degrees below freezing.

“There will be some icy stretches, particularly where you have had the sleet and the snow.”