BBC Weather forecaster Nick Miller said that western Europe will be bombarded by unsettled and dangerous weather over the next few days. Storm Alex is expected to cause flooding in some areas due to the heavy rainfall. Disruptions are also expected due to the powerful gales hitting the continent.

“With Storm Alex, for Friday it is the northwest of France that is going to see the most damaging gusts of wind.

“It is very windy too down in northern areas of Spain.

“But the rain extends beyond France and some of it reaches southern France, northern Italy and Switzerland as well. 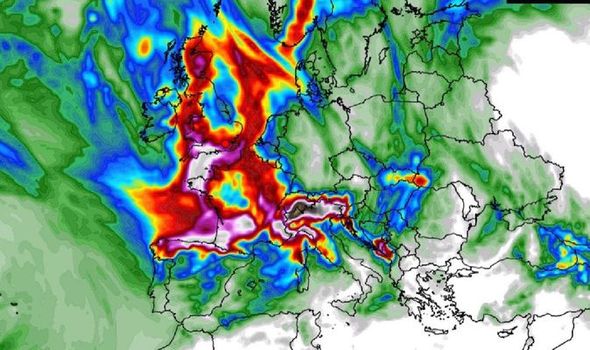 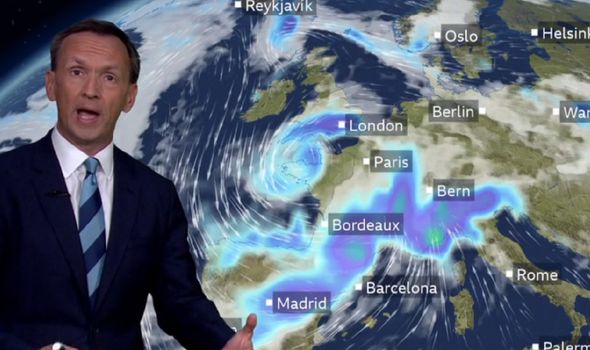 “There is just a huge amount of rain falling in some spots maybe 100mm more.

“This will bring the risk of significant flooding as a result”.

The BBC Weather forecaster also explained the contrasting weather on the other side of Europe.

He said: “It is quieter further east though as they hang on to some warmth. 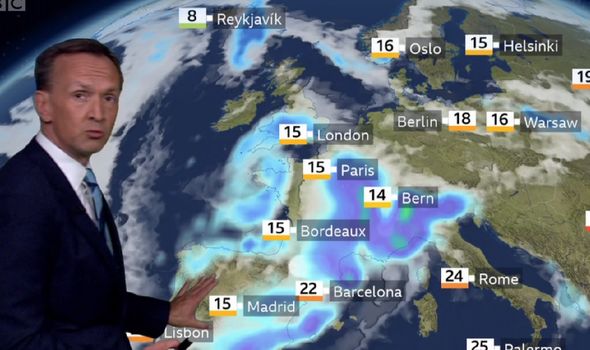 “Perhaps it won’t be so wet for a time on Saturday in the northern areas of Italy.

“By the way, the Italian and Swiss Alps are going to see some fresh snow.

“On Saturday there will be another surge of wet weather pushing its way through France.

“It will be very windy here but I think more of the United Kingdom will be seeing more of that rain as well.” 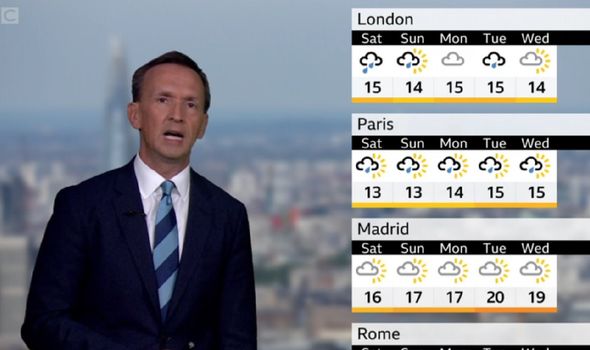 Due to the storm, much of western Europe will have unsettled weather with temperatures in the mid teens for the next few days.

Both London and Paris are expected to have temperatures below 16C until midway next week.