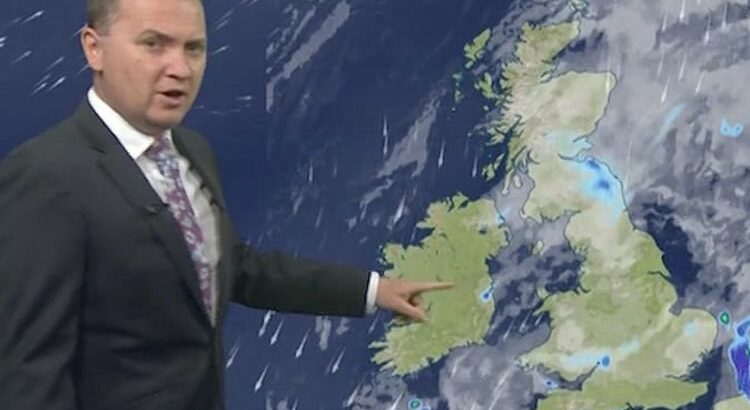 BBC Weather: ‘Sharp showers’ to hit parts of the UK

BBC Weather forecaster Matt Taylor noted conditions will remain mostly settled across the UK at the start of the weekend before a new front of wet weather starts moving into the country. Temperatures will however remain quite balmy, with thermometers set to hit 22C across the south and staying in the mid-teens across northern England and Scotland. Mr Taylor said: “Today is looking a little bit quieter.

“There’ll still be some sharp showers here and there but more in the way of dry weather and for many tomorrow will be dry.

“The big exception will be southern counties of England, maybe south Wales, where we see rain start pushing up from the south.

“It’s courtesy of this area of low pressure. One or two showers through parts of Scotland into the east and Northern Ireland, the very far north of England.

“Cloud is quite misty and murky through the day, with hill fog and patchy light rain or drizzle.”

JUST IN: Essex floods submerge cars and cut off entire streets after tornado rips through London 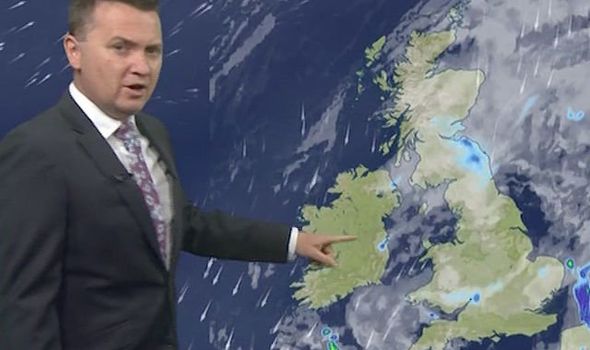 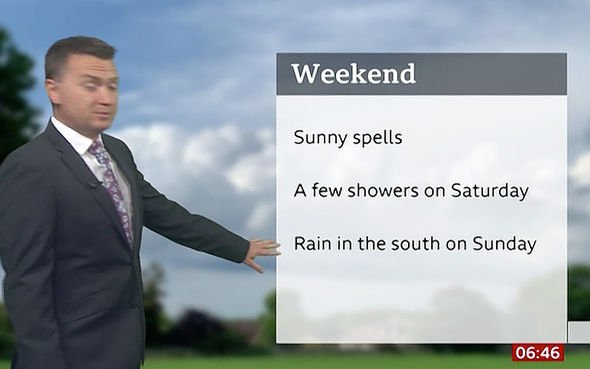 The BBC Weather forecaster continued: “A bit of fog at the moment in the south which will clear.

“And the cloud should break up but we’ve got some showers in Wales and southwest England.

“One or two will crop up elsewhere into the afternoon but much more in the way of sunshine in between.

“They won’t be quite as severe as yesterday. Once the sun is out, it will be pleasantly warm. 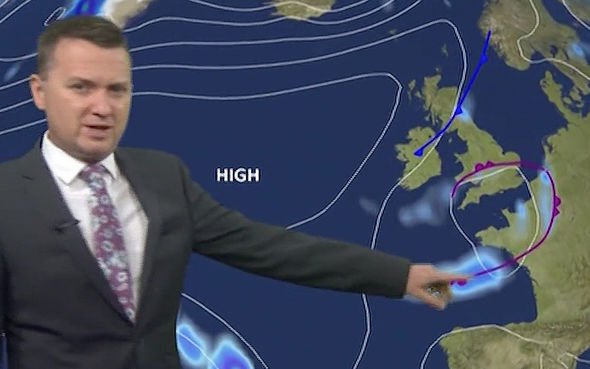 For Sunday, MeteoGroup forecast much of the UK will remain dry, with variable cloud and plenty of sunny spells.

Cloud and heavy showery rain will move in from the south across southern England.

Rain could be heavy at times, moving northwards later in the day. Gentle winds to the north, moderate across southern areas 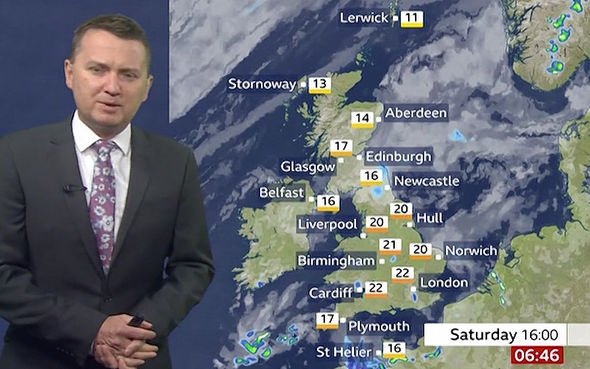 The BBC Weather long-range forecast warned of an incoming weak cold front set to move in the final week of June.

The forecast read: “A weak cold front will bring spells of showers to Scotland and Northern Ireland on Tuesday into Wednesday. Wales and England remain dry but cool.

“A more organised low-pressure system will slide through late this week, bringing an increase in rain and winds to the UK. Rain is not expected to be as organised by the weekend, but unsettled conditions will persist.

“A brief warm-up is anticipated on Thursday ahead of the approaching low-pressure system with readings climbing slightly above normal.

“Any warming will be short-lived as temperatures look to fall back to near to slightly below normal levels over the weekend.”