BBC Weather forecaster Helen Willets said heavy rain is expected to bombard the UK later in the week. She claimed this will move in from the Atlantic Ocean and strike the UK first before spreading to other countries in central Europe. On the other side of Europe, another weather front will spark continuous showers also.

Ms Willetts said: “Autumn is truly upon us in the northwest of Europe.

“We will see a slight escalation in temperatures for the first couple of days.

“That continues into Tuesday and we have got further weather fronts coming in to bring wet, windy and cool air back into the north and the west.”

The BBC Weather forecaster explained western Europe will see significant rainfall before the arrival of the new weather front during the week. 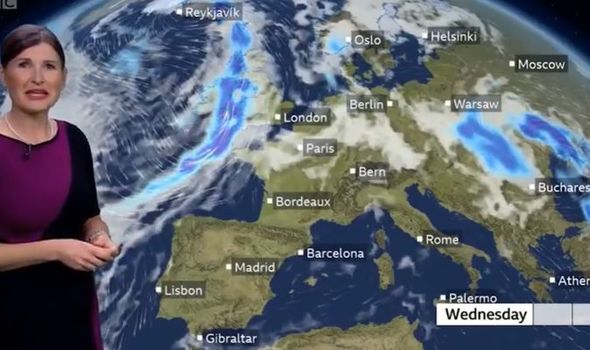 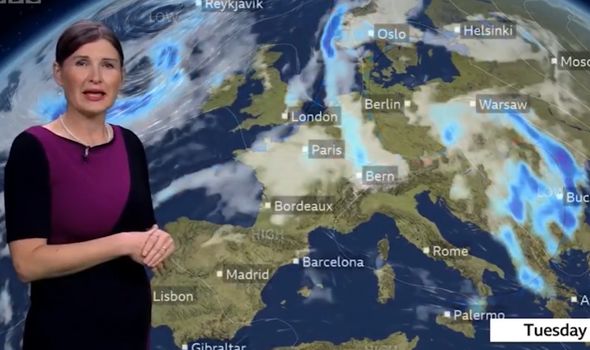 She said: “There will be some rain as well in Scandinavia, it will still be relatively warm here.

“The showers that we have seen across the Balkans during the course of Monday will be shifting further eastwards.

“There will be some real downpours around that area of low pressure.”

Ms Willets noted that some of the Greek islands will hold on to the sunshine and have some warm temperatures. 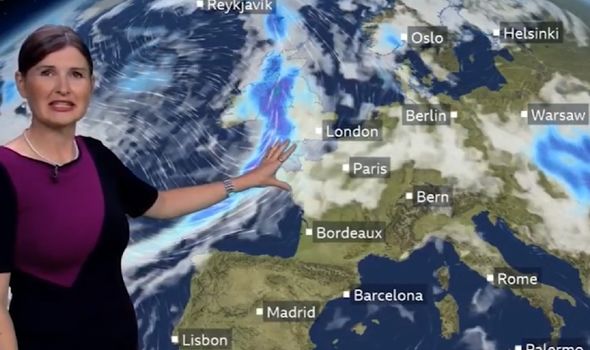 Italy and Spain will also remain sunny and dry with temperatures in the mid-20s for the midweek.

The forecaster continued: “19C and 20C is not too bad for late September across the London and Paris region but it will get cooler this week.

“This next batch of wet weather will sweep its way in off the Atlantic into the UK and France. 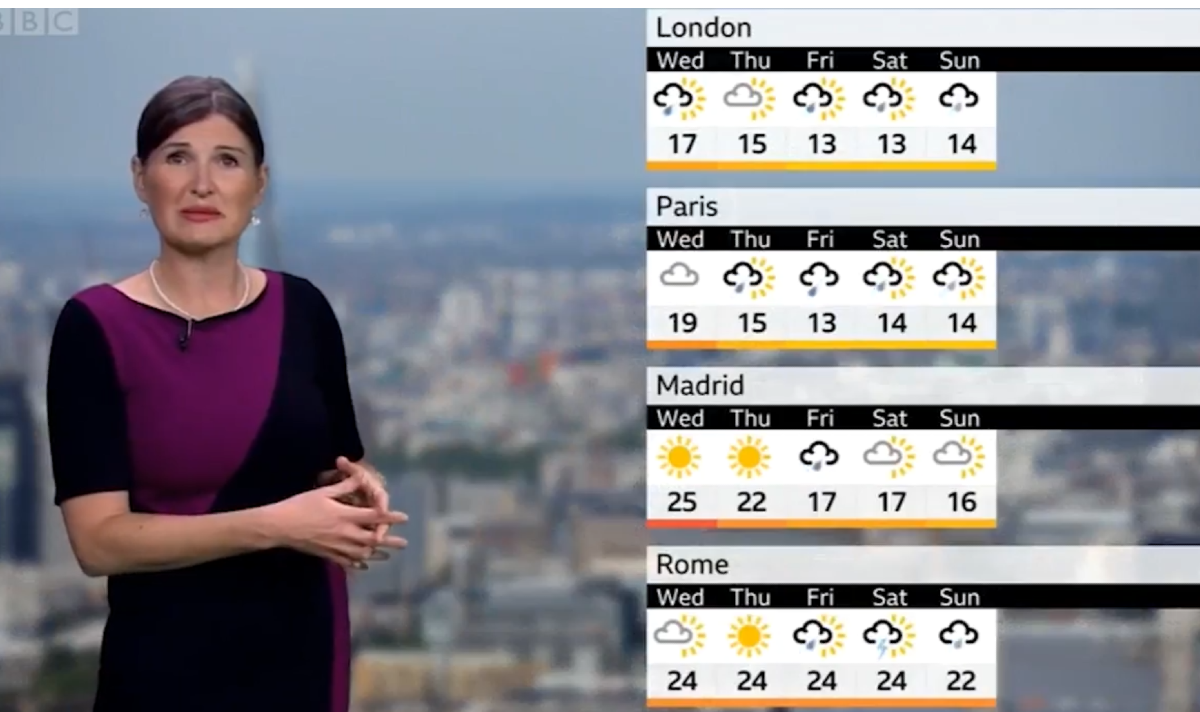 “By that stage, we have still got the slow-moving showers across the eastern side of Europe.

“Wednesday will prove to be a fairly wet day for the United Kingdom due to this new weather front.

“For the UK the temperatures will fall away as we go through the week as well.

“They will fall in London, Paris and Madrid too by the weekend.”