There is going to be a lot of wet and blustery weather around this weekend for much of the UK, according to BBC meteorologist Ben Rich. The BBC Breakfast presenter noted that although it will be turning warmer across the country, there’ll also be some downpours as well. A months-worth of rain over the weekend is expected to trigger some localised flooding in northern areas.

Mr Rich told viewers: “A real pipeline of moisture is ploughing across the Atlantic.

“That is destined for the northern half of the UK, particularly through today.

“There’ll be a bit of drizzly rain across the southeast first thing.

“That will clear and then for much of England and Wales, we’re looking at dry weather with a lot of sunshine.” 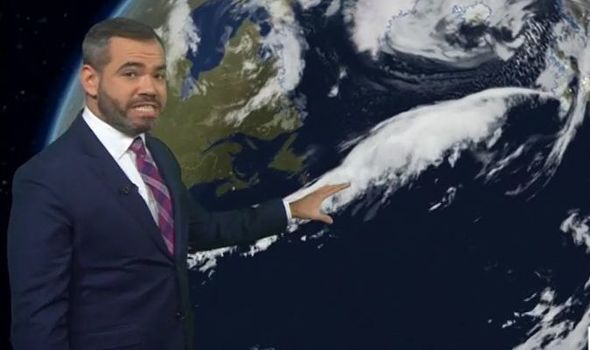 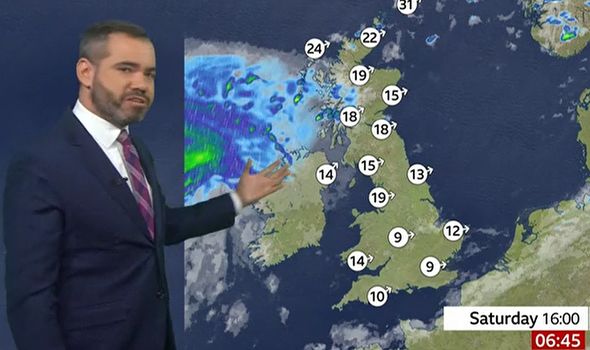 He continued: “In Northern Ireland and Scotland, there’ll be a scattering of showers.

“The showers will fade for a time but only as cloud and more persistent rain arrives from the west later in the afternoon.

“Pretty windy over the northern areas, we could see gusts of maybe 50mph across some parts of Scotland. 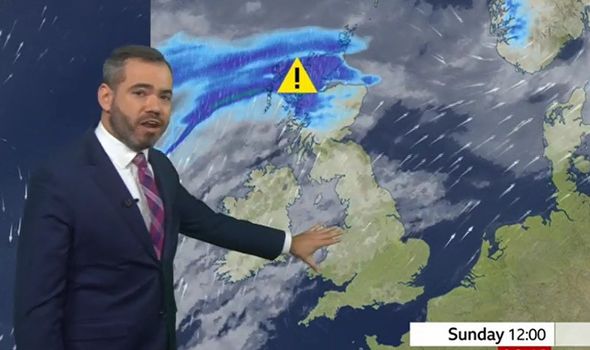 The weather presenter added: “Belfast can expect 17 degrees while England and Wales are looking at highs of 17 to 21 degrees.

“Through this evening and overnight, it will be very wet for a time across Northern Ireland.

“That rain will really set in across the western side of Scotland.” 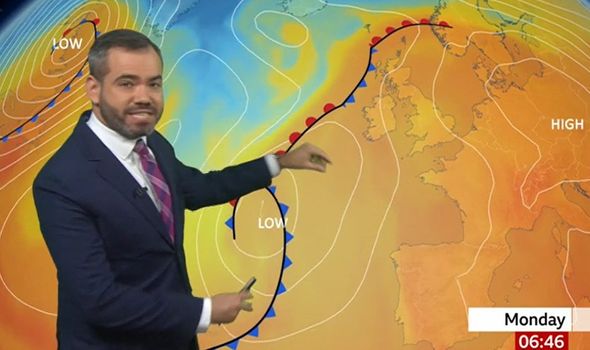 Mr Rich said: “Over high ground here through this weekend, we could see a months worth of rain.

“Further south across England and Wales, it’s dry with clear spells through the night.

“Tomorrow the weather front will be ploughing in once again to Scotland.

“You’ll see over 150ml of rain over the northwest highlands.

“That could cause some localised flooding and potentially some travel disruption.”