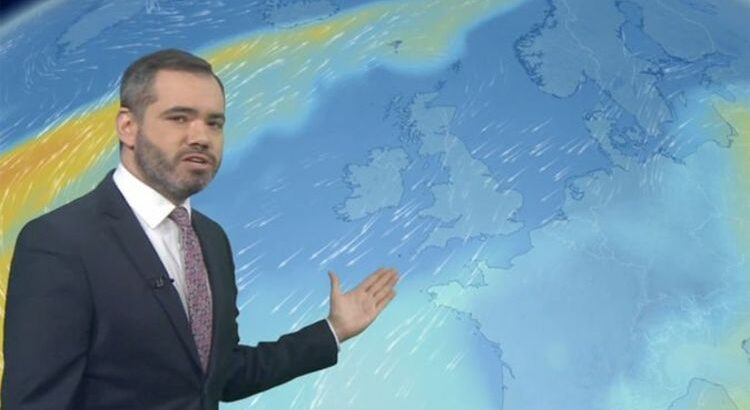 The UK is bracing itself for more than a week of snow chaos, according to the latest BBC weather forecast. BBC meteorologist Ben Rich warned that “there is no real sign of things warming up anytime soon”. He added that next week will a change in wind will spark a “big change” amid fears that a -10C ‘Beast from the East’ may hit the country within days.

Mr Rich told BBC viewers: “This cold weather is going to be with us for at least the next few days, but more likely the next week or more.

“There will be some wintry showers at times. On the satellite picture from earlier, you can see speckled shower clouds brought down on this northernly wind.

“Where you see clear skies overnight, it is going to be very cold indeed. Temperature will drop to -7C, maybe even -8C in one or two sheltered spots.

“Tomorrow, even if you keep sunshine through the day, it will feel chilly. The top temperatures tomorrow afternoon will be just 2C to 5C across the UK.” 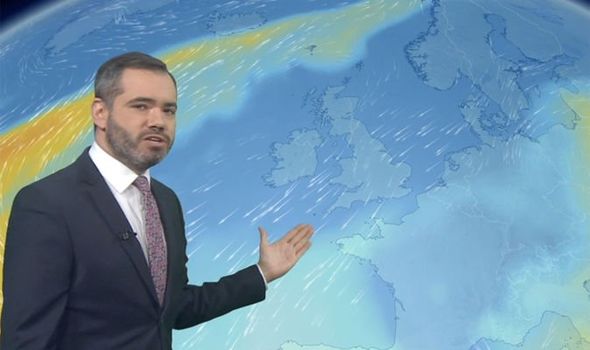 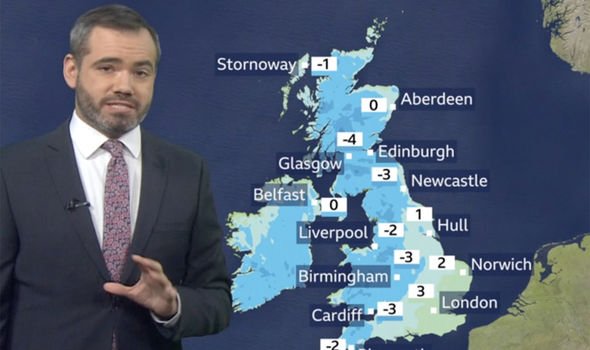 He continued: “The wintry showers will move through the afternoon further inland from Midlands into Wales, and could even give a brief covering of snow into Saturday night.

“On Sunday, there is a change. The wind changes shape and the wind direction changes too.

“Instead of a northernly wind, it is going to be a northeasterly wind. It is a subtle shift but it will focus the showers into eastern areas.

“That north-easterly wind will be quite brisk, so it is going to feel quite raw with temperatures feeling colder than 4C. 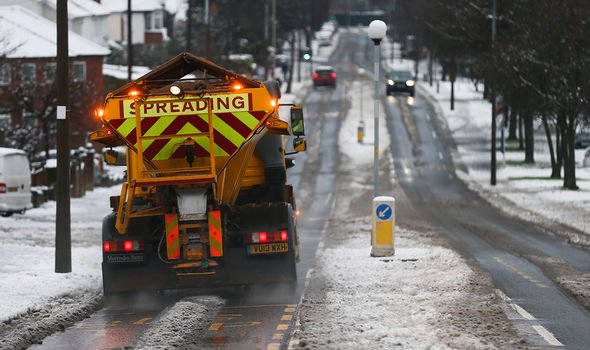 “The weather forecast shows we will keep that brisk north-easterly wind through into next week. It is going to be cold.”

Forecasters have warned of a “sudden stratospheric warming” above the Arctic, which could see temperatures plunge to -10C and snow to fall across the country.

Met Office Forecaster Tom Morgan said: “We could see it drop to -10C again in the days ahead. There will be more snow on the way.

“As things stand, 2021 starts how 2020 ended, on a very cold note with the risk of wintry showers and widespread frosts.” 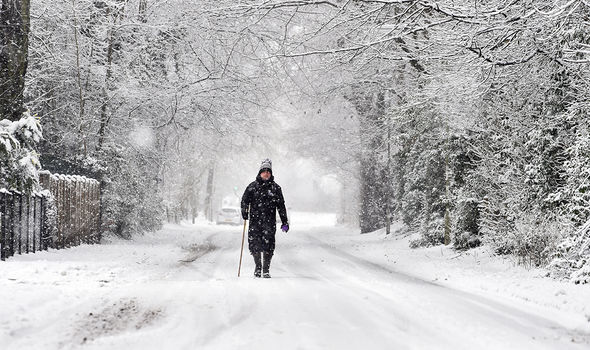 Grahame Madge from the Met Office explained: “Many weather agencies are united in the view that this SSW will take place next week.

“When that happens – around 30km up in the stratosphere – our traditional wind pattern can be reversed.

“What is less clear is the long-term outlook for the impact of this event. Two out of three SSW events result in very cold episodes but one in three has little impact at all.”

This comes as the final day of 2020 brought cold conditions for much of the UK and more snow with a low of -7.5C recorded in Topcliffe, near Thirsk in North Yorkshire.