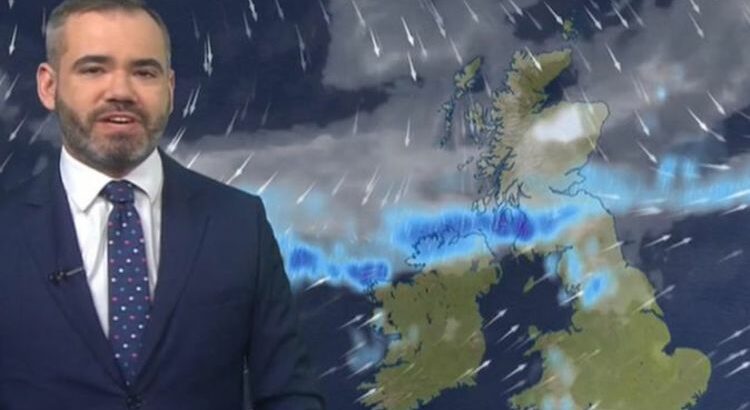 Britain has enjoyed the warmest new year on record as temperatures rose above 16C. The Met Office said temperatures increased overnight to reach 16.5C in Bala, Gwynedd, north Wales. But meteorologist Ben Rich warned wintry conditions are on the way.

said: “The New Year has started as the old one ended with some exceptionally mild air across the UK but many of us have had the chance to see a little bit of sunshine today.

“The rest of the day remaining very wild, quite windy with rain for some but not for all of us.

“Low pressure in charge at the moment, close to the centre of that you can see some really strong and blustery winds especially across parts of Northern Ireland and the far west of Scotland.

“Those winds still feeding some mild air up from the south but we’re looking at gusts of up to 70mph, maybe even stronger.

“One band of rain pushing across the southeast of England and top temperatures between 13C and 16C.”

He added: “As we head into Monday, it is quite an unsettled looking day.

“One frontal system heading close to the south of the UK bringing some rain across the Channel Islands but also fringing into southwern parts of England as well and another frontal system bringing rain southwards.

“Behind that weather front if a significant change as winds start to come down from the north.

“It will start to feel quite a lot colder in northern Scotland where we could see some wintry showers later in the day.”

It could also be the hottest New Year’s Day on record as the Met Office said it was awaiting confirmation that 16.2C had been reached in St James’s Park, central London.

Met Office forecaster Dan Stroud urged people to “make the most of the warmth because a change is on the way as we go into the early part of next week”.

Daytime temperatures are expected to plunge to as low as 3C in Edinburgh by Tuesday and 7C in London and Cardiff.

He said: “We are going to be losing the sub-tropical air flow and replacing it with some things from the north.

“Temperatures will definitely go back to average, with a return of frost and some snow in the forecast across north areas and across the hills.”

The warm start to the new year follows a mild December and record-breaking temperatures during the day on New Year’s Eve.