BBC Weather forecaster Nick Miller explained that Eastern Europe will see the stormiest weather conditions with heavy rain and strong winds, while other parts of Europe will experience bouts of rain brought on from the weather front in the Atlantic. Temperatures are expected to be warmer for the time of year across Europe with some areas reaching the mid-teens despite the rainfall.

Mr Miller said: “It is looking quite stormy across eastern parts of Europe at the moment.

“It will be particularly stormy in Greece and Turkey and some of the islands there.

“There will be a slow-moving area of low pressure that we can see on the satellite picture.”

The BBC Weather forecast noted that other parts of Europe are also expected to see wet weather. 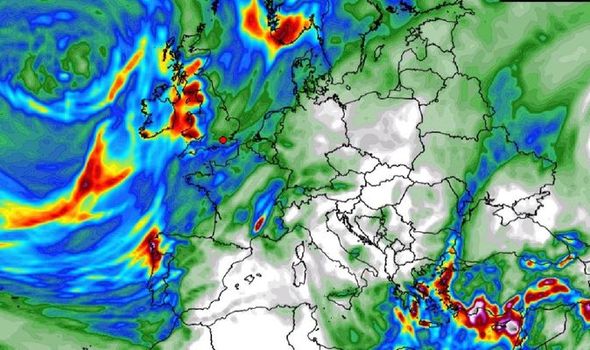 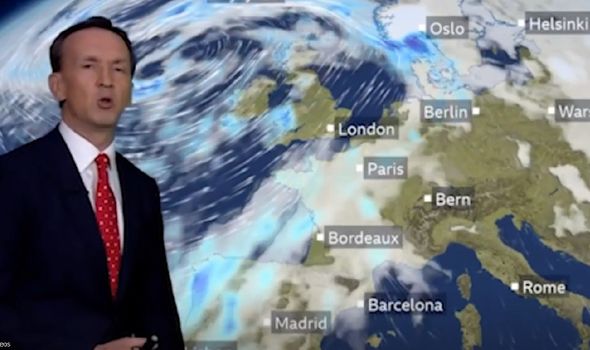 He said: “Elsewhere there will be a variety of low pressure pushing in some spells of wind and rain from the Atlantic.

“Through Monday you can see the next area of rain baring down on Portugal and parts of Spain and the western side of France.

“Thicker cloud will be rolling into Spain, Portugal, France and some wetter weather pushing back into parts of Scandinavia as well.”

Mr Miller also reflected on the warm temperatures despite the winds and rain. 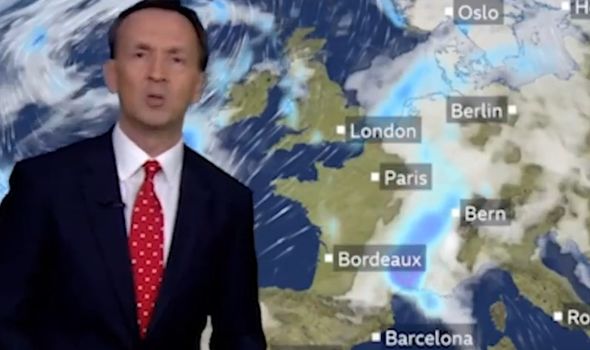 He said: “If we check out the temperatures, for much of Europe we are a bit above average for the time of year.

“But, the further east you go the greater your chances of seeing some patchy snow.

“There will also be another area of wet weather pushing east towards central parts of Europe on Tuesday.

“Some sunny skies and a few showers following on behind. 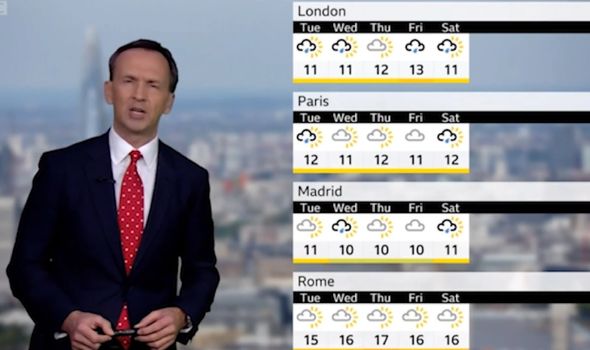 “It will be wet at times as we go through the week in London and Paris.

“We will get to see some sunshine as well here too.

“It is looking more mild here with temperatures in double figures although it is going to be windy here.”