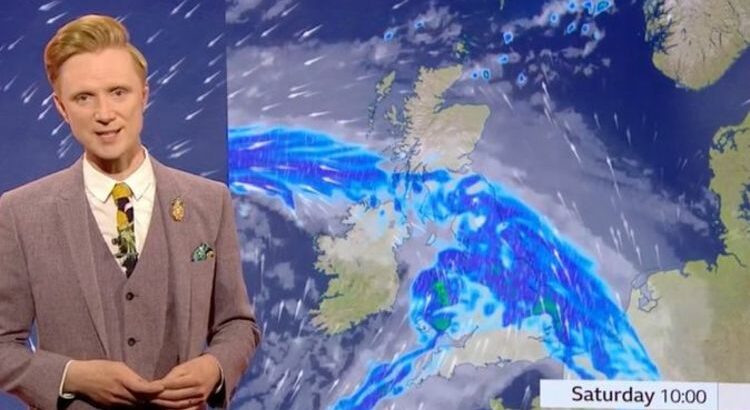 BBC weather presenter Owain Wyn Evans said: “We are going from the cold conditions that we’ve seen over the past couple of days to something milder but also something much less settled and that comes courtesy of an area of low pressure swinging some weather fronts our way.

“We are likely to see very heavy spells of rain across some parts.”

But he stressed it will be “wet and windy” but “not as cold”.

He added: “A weather front draped from Northern Ireland down to the midlands, affecting much of Wales, down to the south east as well.” 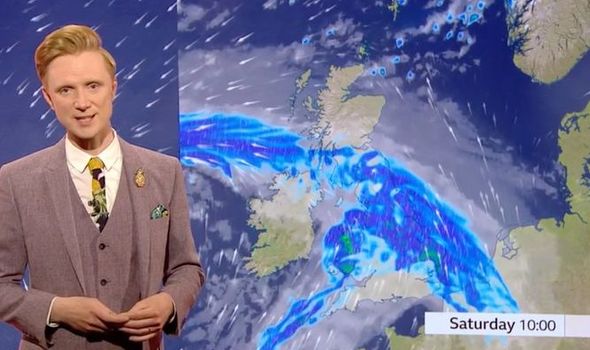 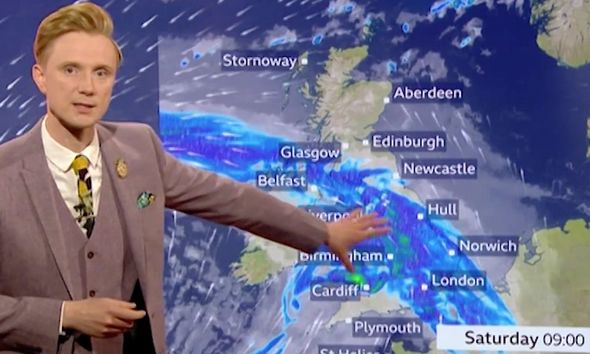 Mr Evans added: “It should brighten up across some South Western parts of England but incessant rainfall across parts of Wales, up through the midlands as well, reaching the north of England and reaching southern Scotland.

“Brightening up across Northern Ireland.”

He continued: “Scotland will hang on to some dryer weather for some time and it will be a chilly start to the day here as well.”

But the weather presenter warned most of the country will not “escape the weather front” as it continues on its way to the north through Saturday afternoon adding that “it will be a windy one” because of low pressure. 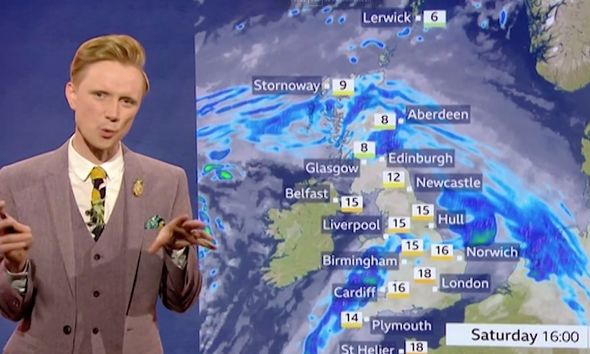 He said top temperatures will come later on Saturday afternoon with 18C degrees in London, 14C in Plymouth, 15C in Birmingham, 15C in Liverpool, 12C in Newcastle and 8C in Edinburgh.

But huge wind gusts today in the south west could be reaching 40 or 45 miles per hour which the presenter said are “damaging gusts.”

It will brighten up across Northern Ireland as the weather front passes through.

Looking to Saturday night into Sunday morning the presenter said: “Overnight further heavy downpours for a time but hopefully tomorrow will see a little bit more in the way of brightness for some of us anyway.” 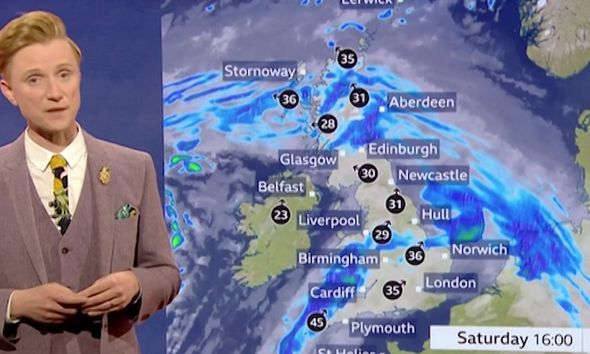 Sunday looks to be much clearer as the weather front eases away from the UK and travels north.

London could hit a warm 19C on Sunday and Manchester is expecting highs of 15C.