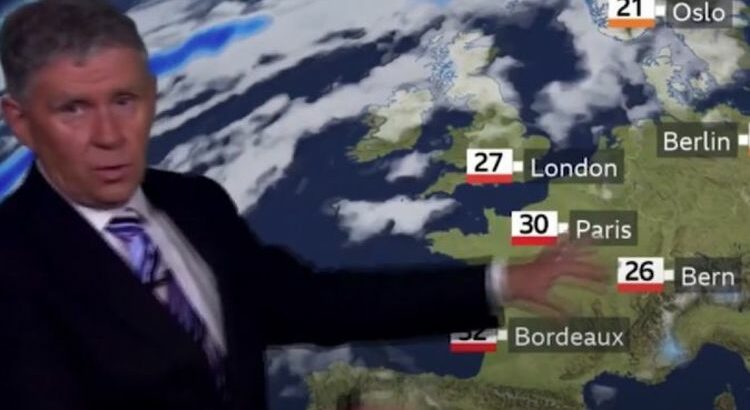 A look at the weather as heatwave spreads across Europe

BBC weatherman Phil Avery has taken a look at the latest forecasts as temperatures rise across much of western Europe. Mr Avery told BBC Weather the heatwave moving up from Spain and across France would bring some higher temperatures to the southwest of England. The meteorologist was eager to point out that the conditions on the continent were divided with Eastern Europe seeing a dramatic drop in temperature just as the western countries enjoyed warm settled weather.

Mr Avery told BBC Weather: “Big area of high pressure really dominating the scene all the way from central and southern parts of Scandinavia down through the art of the continent, and indeed into the eastern Mediterranean as well.

“That doesn’t mean to say that it is all quit by any means at all.

“We have got weather fronts just trying to push their way at last, at last into northern and western parts of the British Isles.”

He added: “Iberia fine and settled, really pleasantly warm in a number of locations.”

“That heat percolating its way up across France, the low countries and up into southern and central parts of Scandinavia.

“And indeed into the southern parts of the British Isles as we start the new week on Monday.

“With the high pressure still doing its stuff.

The meteorologist went on to point out the dramatic east-west divide in temperatures across Europe.

“I was talking about heat out towards the west, notice the temperatures in the East,” he said.

“Hence the dent in the temperatures.

“Look at Rome, glorious temperatures well on into the twenties.”

“And by stark contrast, well Moscow hitting off the new week on a pretty chilly note.”

It comes as BBC weather presenter Matt Taylor has predicted that warmer weather next week will leave conditions feeling “more like summer.”

Temperatures are set to rise considerably with  Tuesday seeing highs of around 27 degrees according to the meteorologist.

Mr Taylor explained on BBC Breakfast the rise was due to a trapped area of high pressure but added that before the sunnier skies arrived, Britons would first need to weather some drizzle.