The BBC warned the mercury in the southeast of England will hover at around 31C for the next 48 hours – and that the rest of the country wouldn’t be far behind. BBC meteorologist Nick Miller said: “We’re bringing in the warmth for now, though we are still close to low pressure sitting towards our northwest. So it has not been a blue sky start to the day everywhere.

“North Scotland – we keep that chance of showers this afternoon.

“The best of the sunshine will be to the east – a lot of sunshine, albeit quite hazy across England and Wales.

“Even low thirties for some of us. 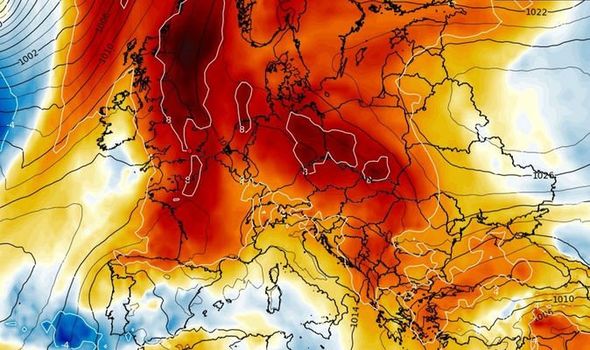 “Some cloud around the western side of the UK overnight.

“Showers begin eventually to pull away from Shetland.

“Into tomorrow, then, what we’re expecting is another fine day.

“As for those temperatures, it’s hotter tomorrow – so upper 20s into Scotland and still around 31 degrees in the hotspots around southeastern England. 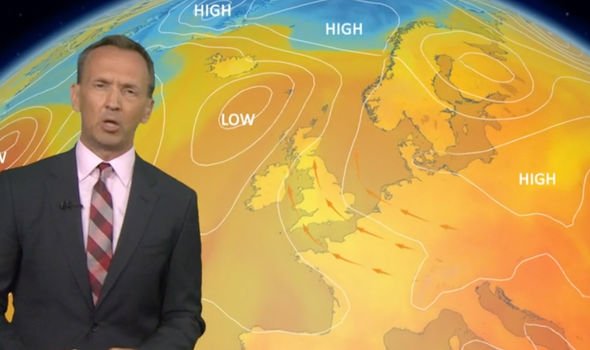 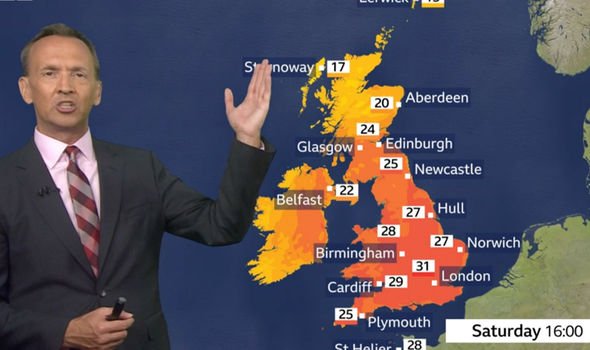 “On Monday, some patchy cloud around and a very slight chance of a shower. But less likely than it looked yesterday.

“Temperatures may come down a degree or so but still some heat there, particularly across a large part of the east and southeast of England.

“A weather front plays more of a factor in our weather though into next week, when we are going to see more cloud.

“An increasing chance of rain and showers – with all that, as you might imagine, temperatures will be on the way down once again.” 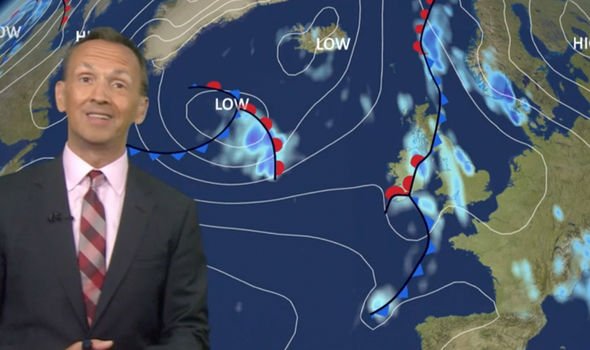 Having said that, conditions in London on Tuesday were still tipped for 30C, only dropping to 27C by Wednesday.

BBC Weather has claimed temperatures will nudge towards 38C in some parts of the continent this weekend as a blisteringly hot weather system grips Europe.

But, BBC Weather forecaster Ben Rich, warned of powerful thunderstorms striking some parts of Europe over the weekend, with “Hungary, the Czech Republic, southern Germany” likely to be hit.

He said: “We’re heading towards the weekend across Europe and the weather for most is set fair.

“High pressure is dominating and you can see from our satellite picture there are frontal systems passing across the north of the continent, so some showers and thunderstorms here, particularly across Scandinavia across to the Baltic states on Saturday.

“Then down towards central and southern parts of the continent, you will see a cluster of thunderstorms across Corsica, Sardinia, into Italy, up into the Alps and the Balkans as well.

“We have had some showers in these areas over the last few days and they will continue. Some of them could be pretty heavy, getting as far north as some places in Hungary, the Czech Republic, southern Germany as well.”