The 33-year-old royal looked dapper in a tuxedo as he took to the stage during a charity event in London last night. And despite not having Meghan by his side, the newly married prince appeared in great spirits as he gave a speech during the black-tie gala dinner for OnSide Youth Zones.

Praising the prince, the charity took to Twitter writing: "A truly memorable night in the presence of Prince Harry, The Duke of Sussex, who tonight showed his support for OnSide Youth Zones and the life changing impact they can have on the lives of young people.

"We are so grateful."

The charity works to support isolated young people, giving them a place to spend their evenings and ways to occupy their time. 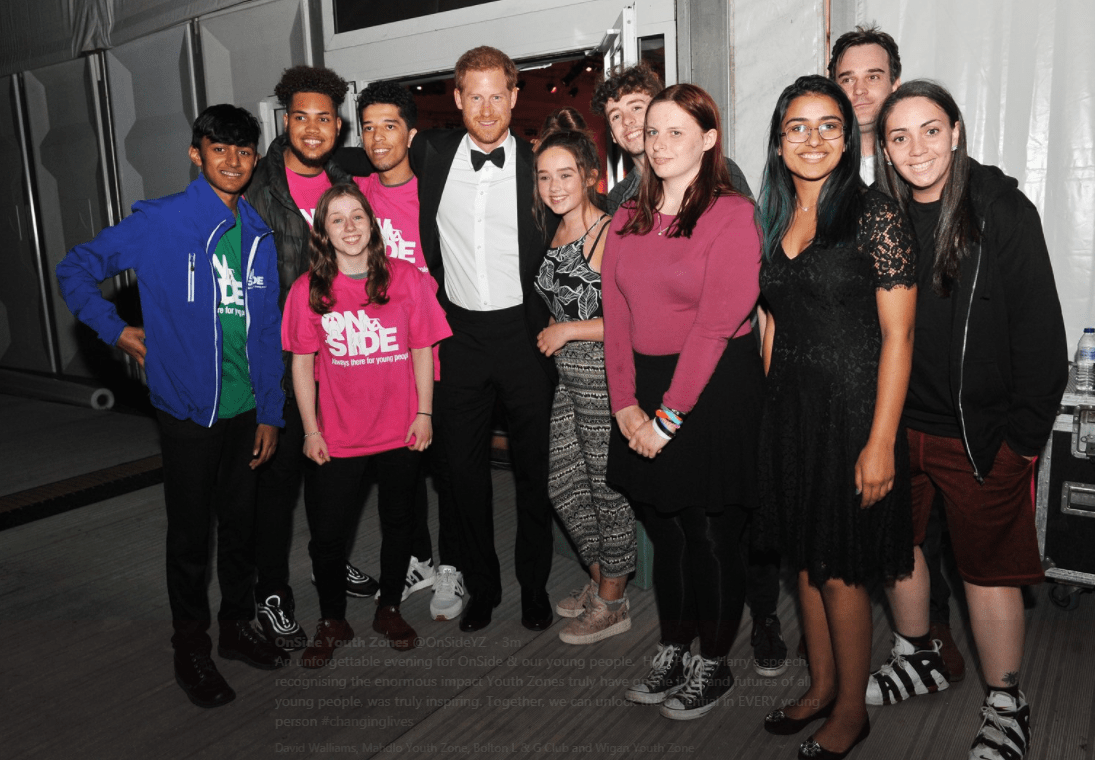 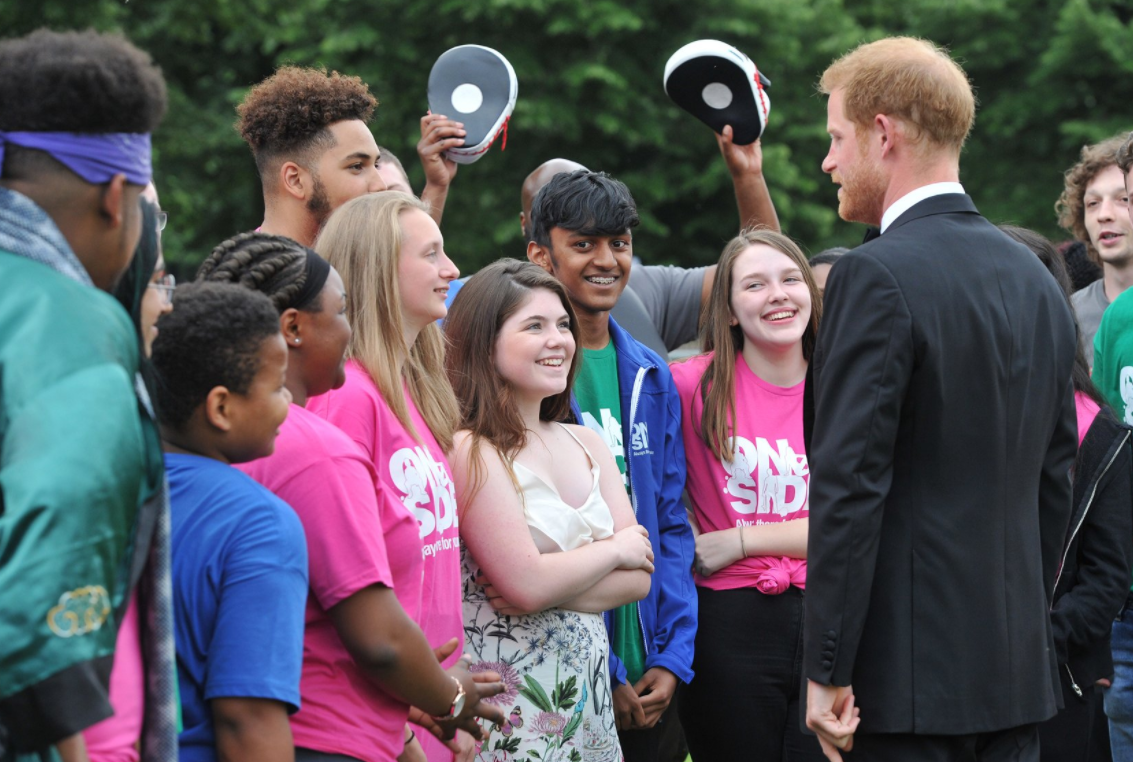 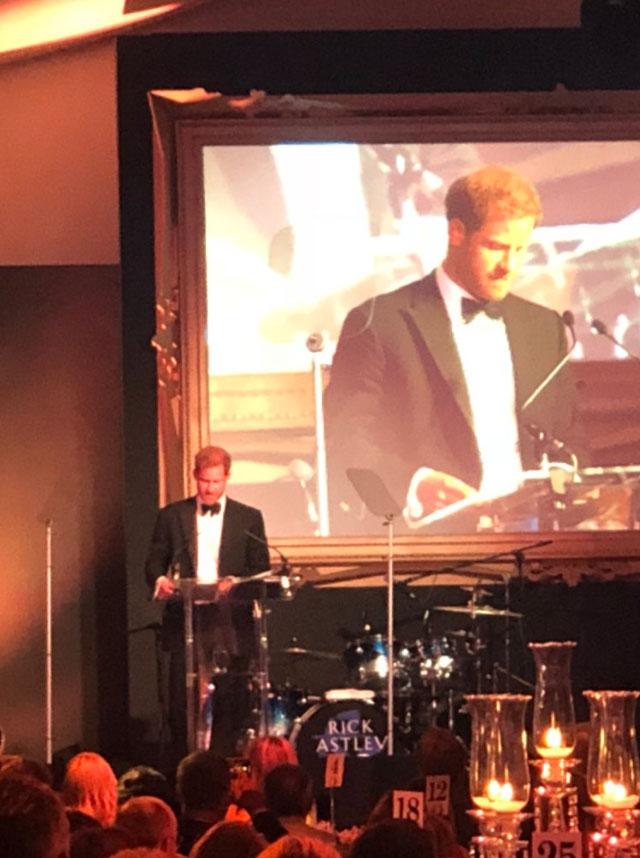 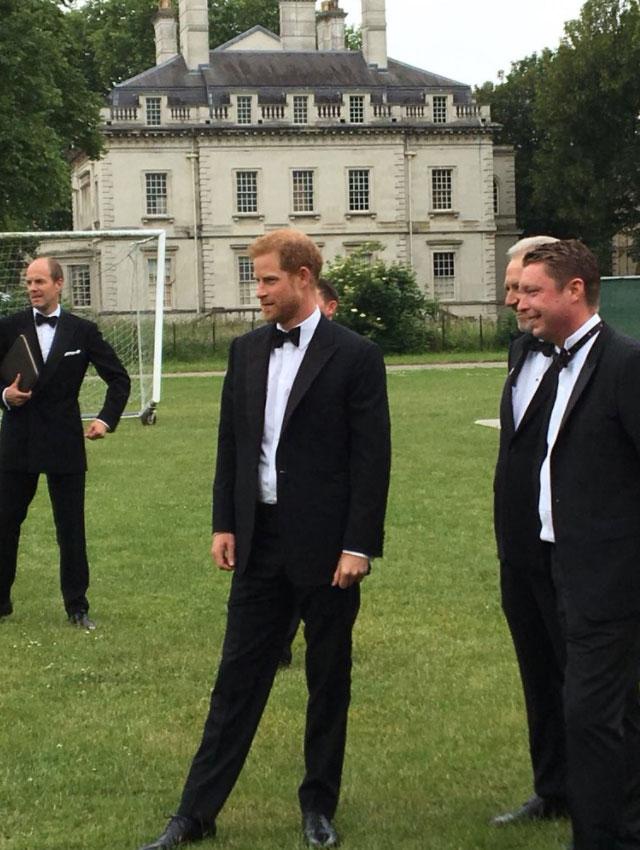 It then added: "An unforgettable evening for OnSide & our young people.

"HRH Prince Harry's speech, recognising the enormous impact Youth Zones truly have on the lives and futures of all young people, was truly inspiring.

"Together, we can unlock the potential in EVERY young person."

Harry was pictured posing with some charity workers, as well as young people helped by the foundation. 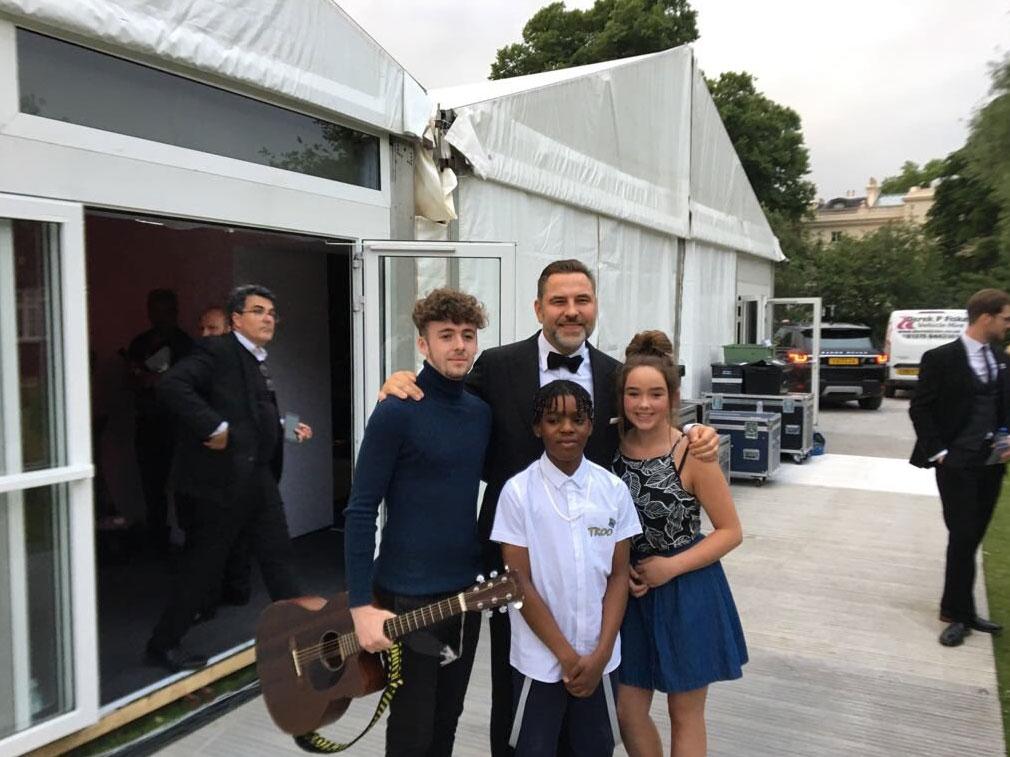 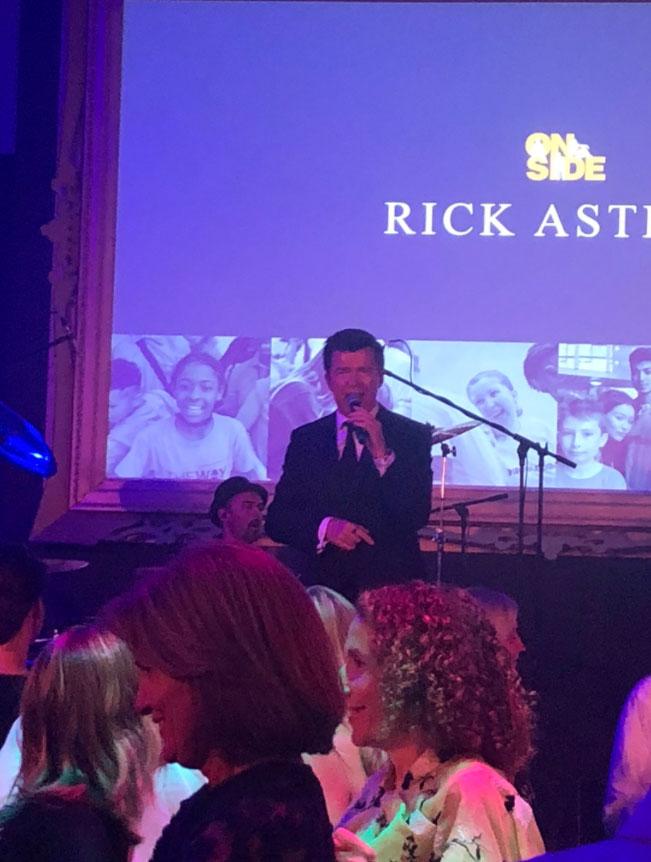 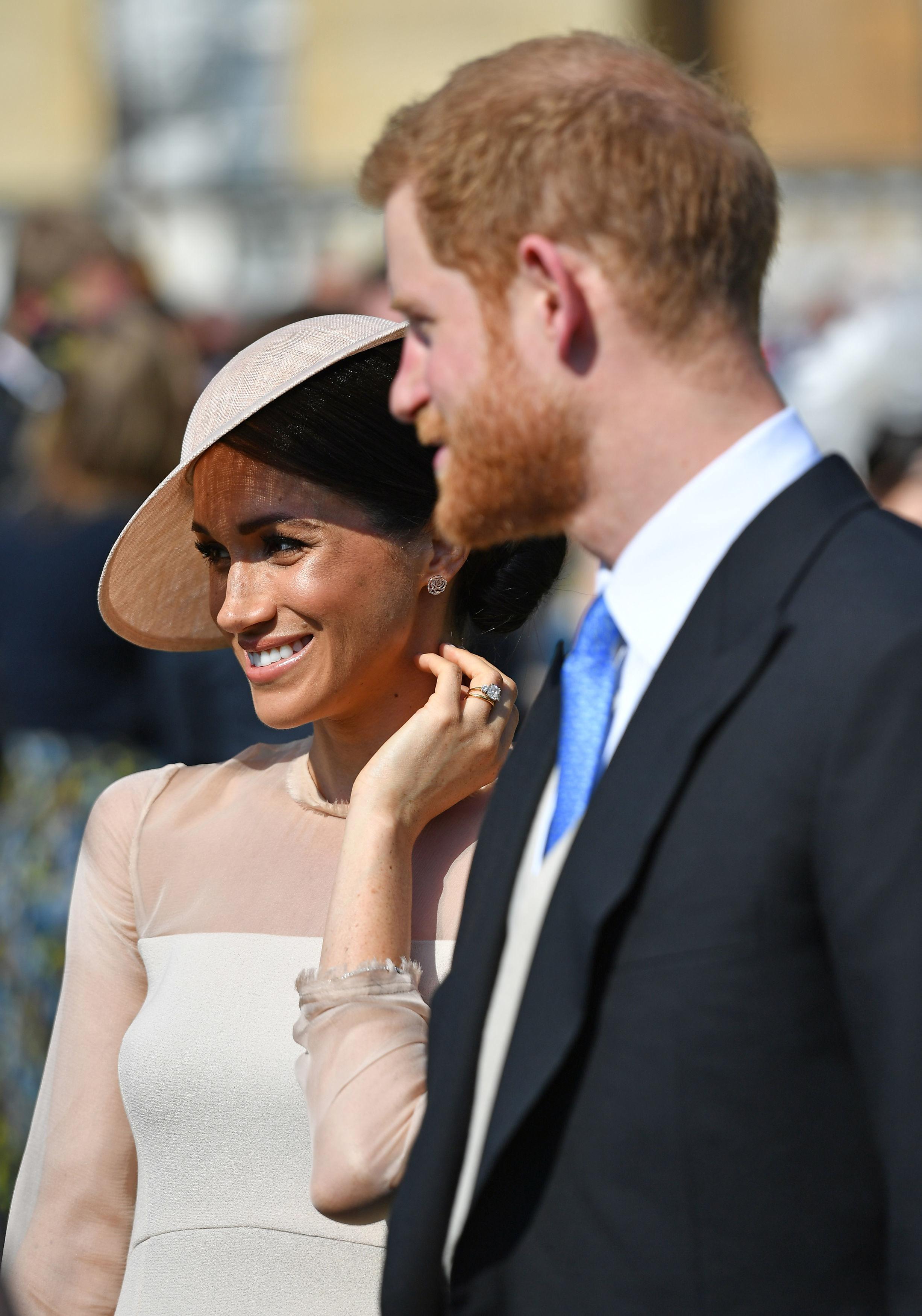 Stars Rick Astley and David Walliams were also at the dinner, throwing their support behind the charity.

Before heading off on honeymoon Harry and Meghan had attended Prince Charles' birthday party at Buckingham Palace.

The US actress turned royal had reportedly wanted to get straight into work after the romantic wedding to her new husband. 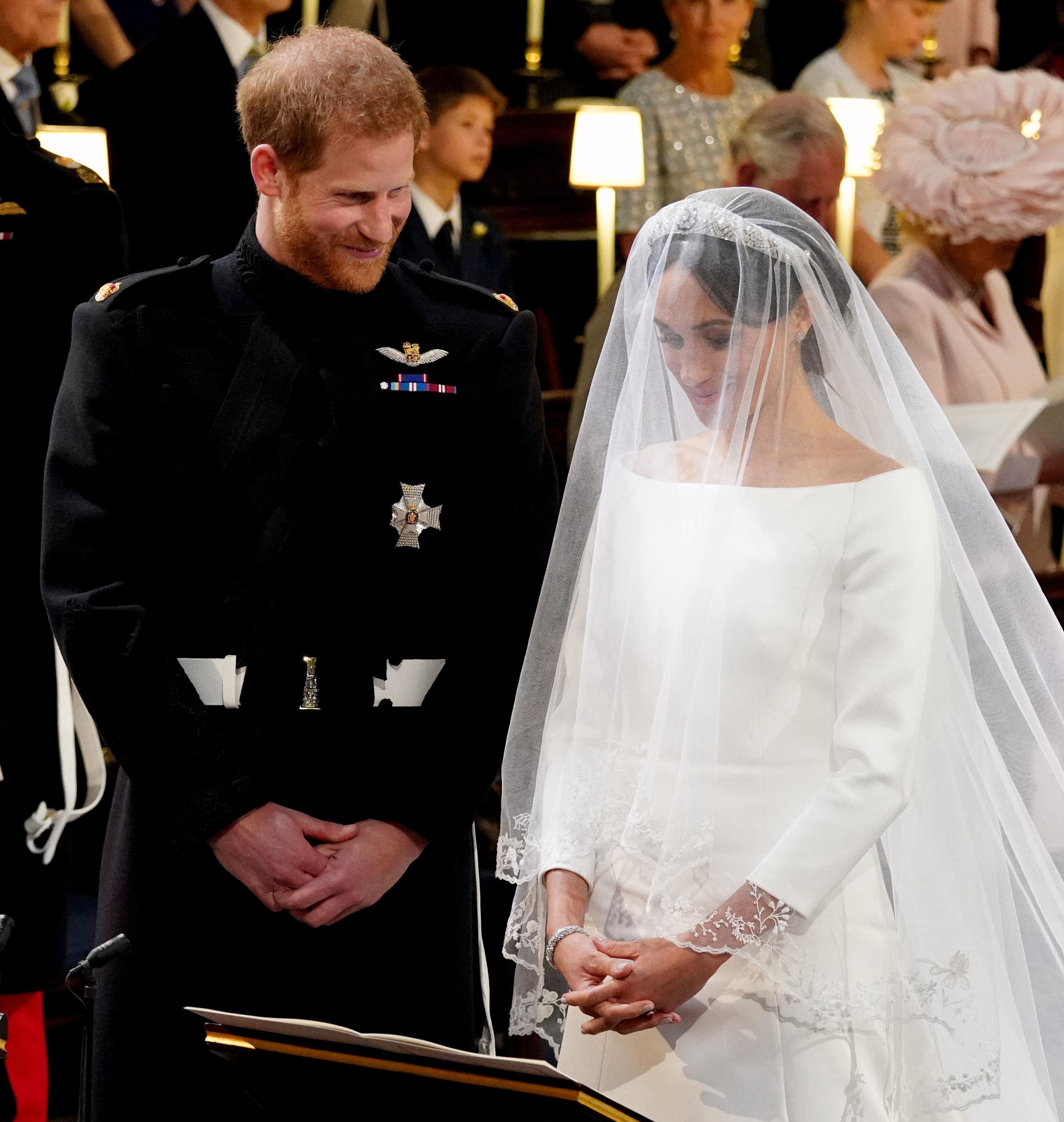 The pair are tomorrow expected to make an appearance on the Buckingham Palace balcony.

The Duchess of Sussex is expected to join her new husband and royal in-laws to celebrate the Trooping the Colours event, marking the Queen's 92nd birthday.

The US actress' presence with the Queen will be the final seal of royal approval, with the iconic Buckingham Palace balcony having become a focal point for the Royal Family and national events.

It comes after it was reported that the Queen has taken Meghan under her wing – with the pair undertaking three official engagements together in Cheshire next Thursday.