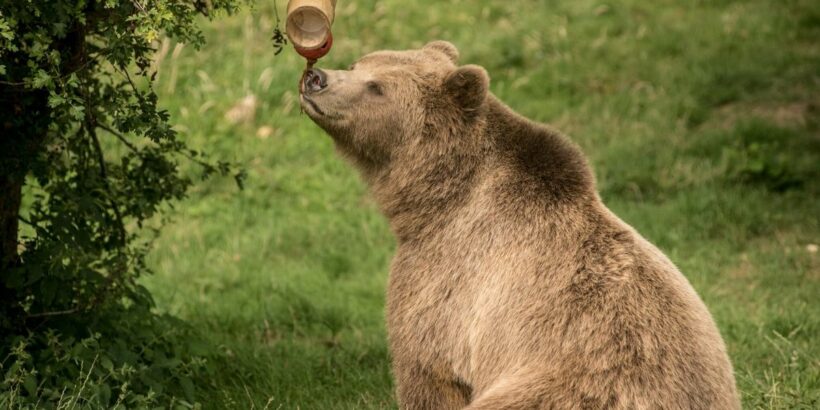 Two brown bears have been shot dead after escaping their enclosure at Whipsnade Zoo and attacking a wild boar.

The animals – named Snow White and Sleeping Beauty – were able to scale the fence around their enclosure after strong winds blew a tree down.

The tragedy unfolded at 7.50am today, before the attraction was due to open.

Once free, they encountered a a wild boar in a neighbouring enclosure and a fight broke out.

Zoo bosses said staff had no choice but to humanely destroy the animals as they posed a potential danger to the public.

In an email announcement he said: "As brown bears are strong and dangerous predators, our first priority is safety – we must quickly make decisions informed by our experience and expertise to protect our people, guests and our other animals."

Mr Fitzpatrick said tranquillising the bears was unfortunately not an option – the drugs can take up to 20 minutes to take effect and animals can become "unpredictable and aggressive as adrenaline is coursing through them".

He added that zookeepers "agreed the only option was to euthanise the bears – when there's an immediate threat to human life, the decision is made for you."

The boar survived the fight and is now under observation following emergency treatment from a vet.

A third brown bear, named Cinderella, stayed behind in the broken enclosure. Zookeepers managed to call her to an indoor den where she was secured while the fallen tree was removed.

Mr Fitzpatrick promised there would be a full investigation into the incident.

He told reporters: "This situation is something we train to deal with through regular, rigorous drills – but one that we always hope we'll never have to face.

"I'm devastated by the outcome of this morning's incident, but I'm confident that our actions prevented any further loss of life."

Two of the bears in the affected enclosure– Sleeping Beauty and her sister Cinderella – had only woken from hibernation at the beginning of April, in what was at the time described as “perfect timing” by team leader Graeme Williamson.

He said on April 7: “After months of being snuggled up indoors, the bears have taken their first steps outside, eager to rediscover the world, and we know that many families will be having a similar experience next week as restrictions lift and the Zoo can be safely explored again.

"We have been working so hard getting our 600-acre outdoor site ready for our visitors and we cannot wait to welcome them back.”

Snow White, the other bear that sadly had to be put down today, slept on a little later.

Zoo closures during the pandemic have cost ZSL, the international conservation charity that runs Whipsnade and London Zoos, and estimated £26 million.