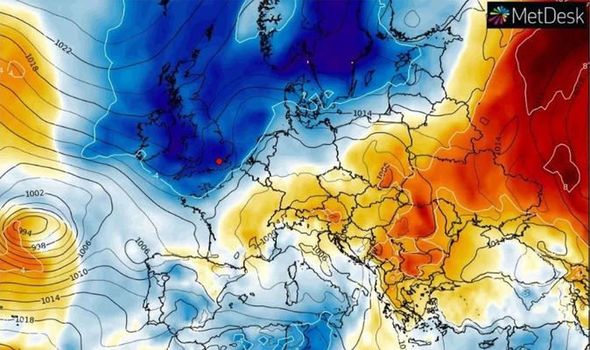 Warm spells during April will be replaced with a Russian deep freeze that will push through the Scandinavian region before swooping in on the UK. John Hammond, chief meteorologist for Weathertrending, said heavy snowfall is a possibility the second time around. He said: “The easterlies that never quite arrived this winter are belatedly set to sweep all before them in the week ahead. “Now we’re in April, the ground is warmer and the sun is stronger, so this weather pattern will never carry the frigid menace that it would have in late winter.

“Yet with the air still originating in Arctic Russia, picnic opportunities will be limited for the first week of the Easter Holidays!”

He said the bad weather will edge in from the coast during the holidays, from April 21.

He said: “For eastern coasts, I can’t describe the prospects as anything other than bleak.

“Some more persistent rain may spread across from the Low Countries by midweek.

“Expect further late frosts if, and when, winds fall light and skies clear.

“By the end of the week there are signs that the Atlantic may ‘re-awaken’, with milder southwesterly winds attempting to oust our raw easterlies. 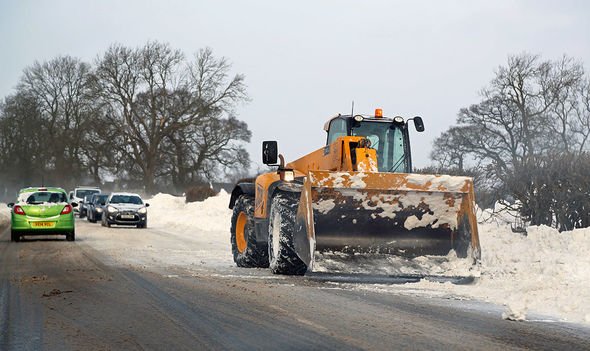 “So a slow recovery in temperatures may erratically begin through the weekend.”

The Beast from the East dumped eye-watering amounts of snow on the UK last February and March.

The phenomenon is the result of high pressure over Scandinavia, which results in polar air.

Playing down the possibility of snow, Bonnie Diamond from the Met Office told The Sun: “We are looking at highs of around 9 to 12 degrees across the country but London and the south east can expect 14 degrees.

“Later today a band of showery rain is expected to push across northwards across the southwest of the UK and wales, so a wet end to the day for those parts.

“Then as we go through the weekend colder air pushing from the Arctic heading through Scandinavia is going to come across the UK, bringing rain and low cloud, hill fog and possibly some mist in eastern parts of the UK, especially eastern coastal areas.”