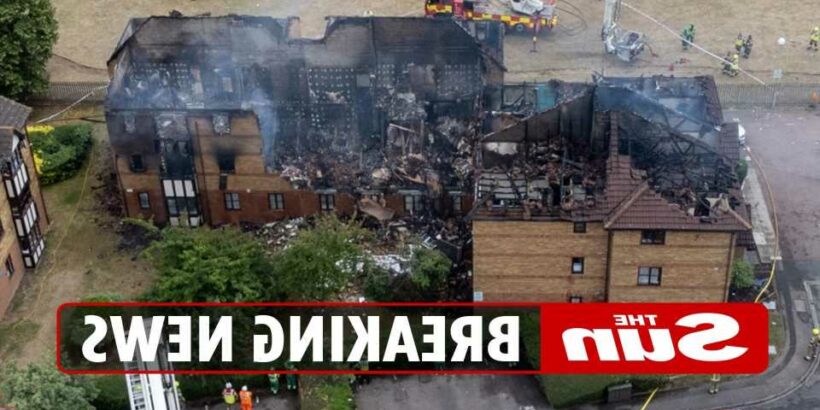 ONE person has died after a huge explosion and blaze engulfed a block of flats in Bedford.

Three others were taken to hospital – and authories fear there may be more bodies in the rubble after what was described as an “inferno” on Redwood Grove. 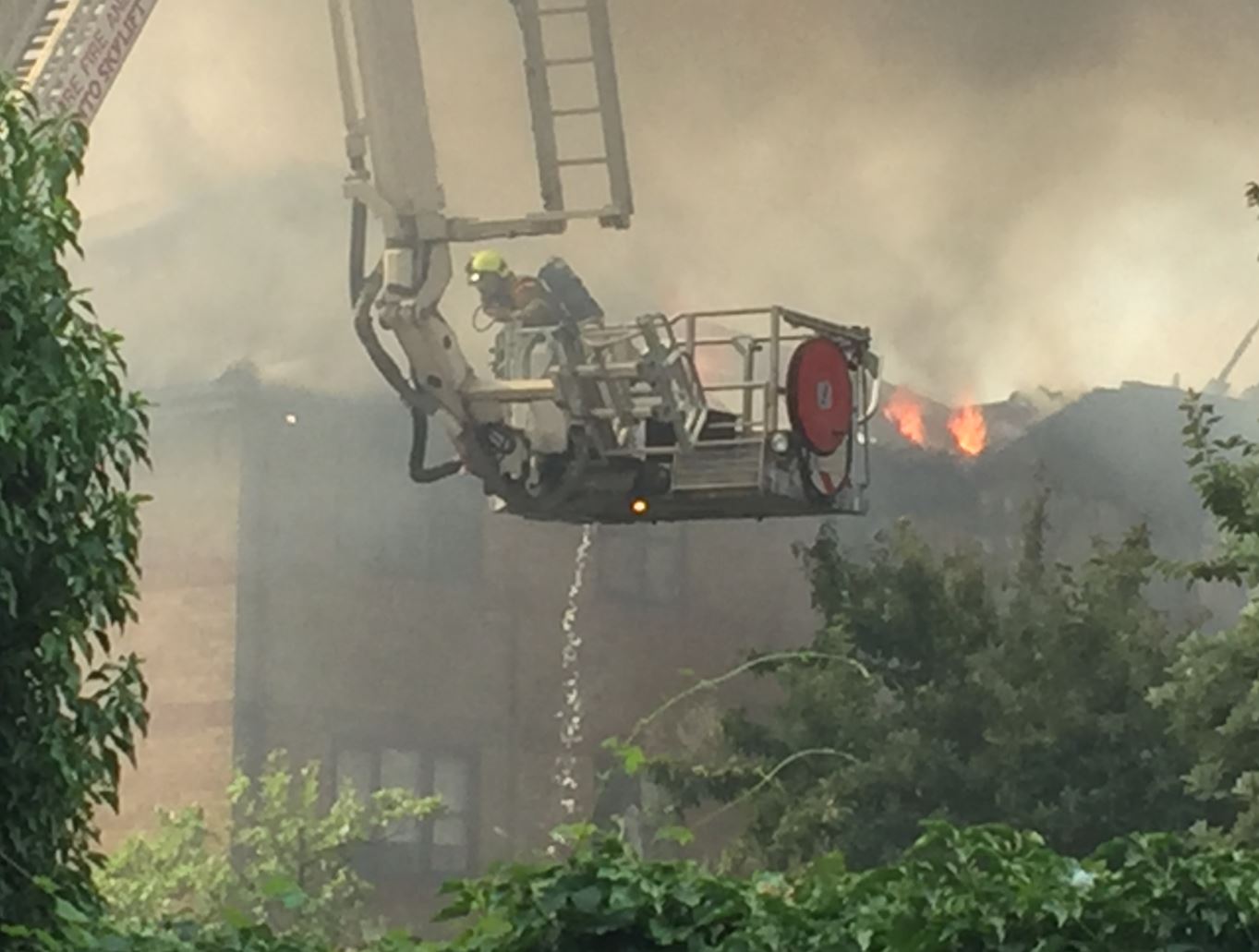 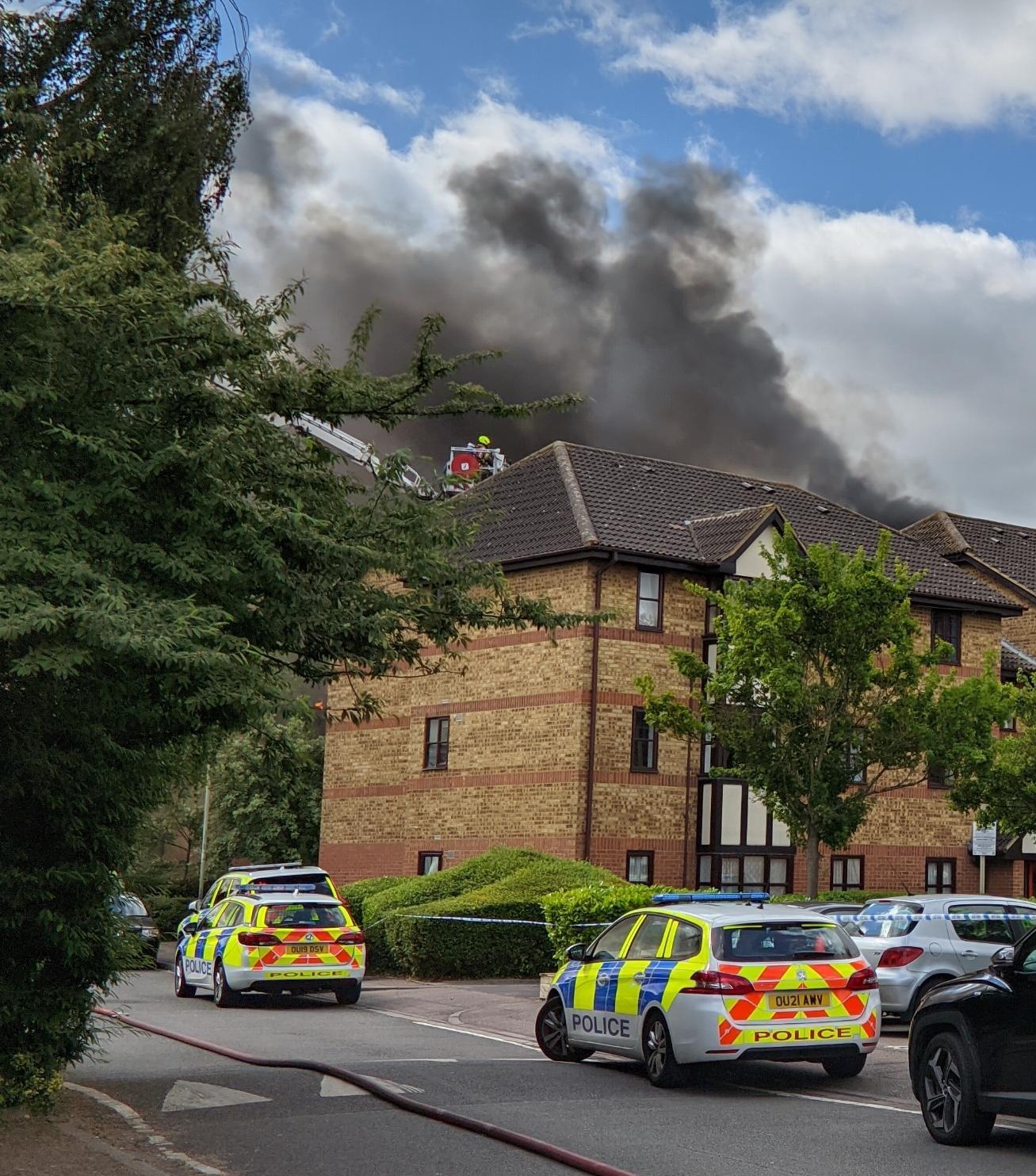 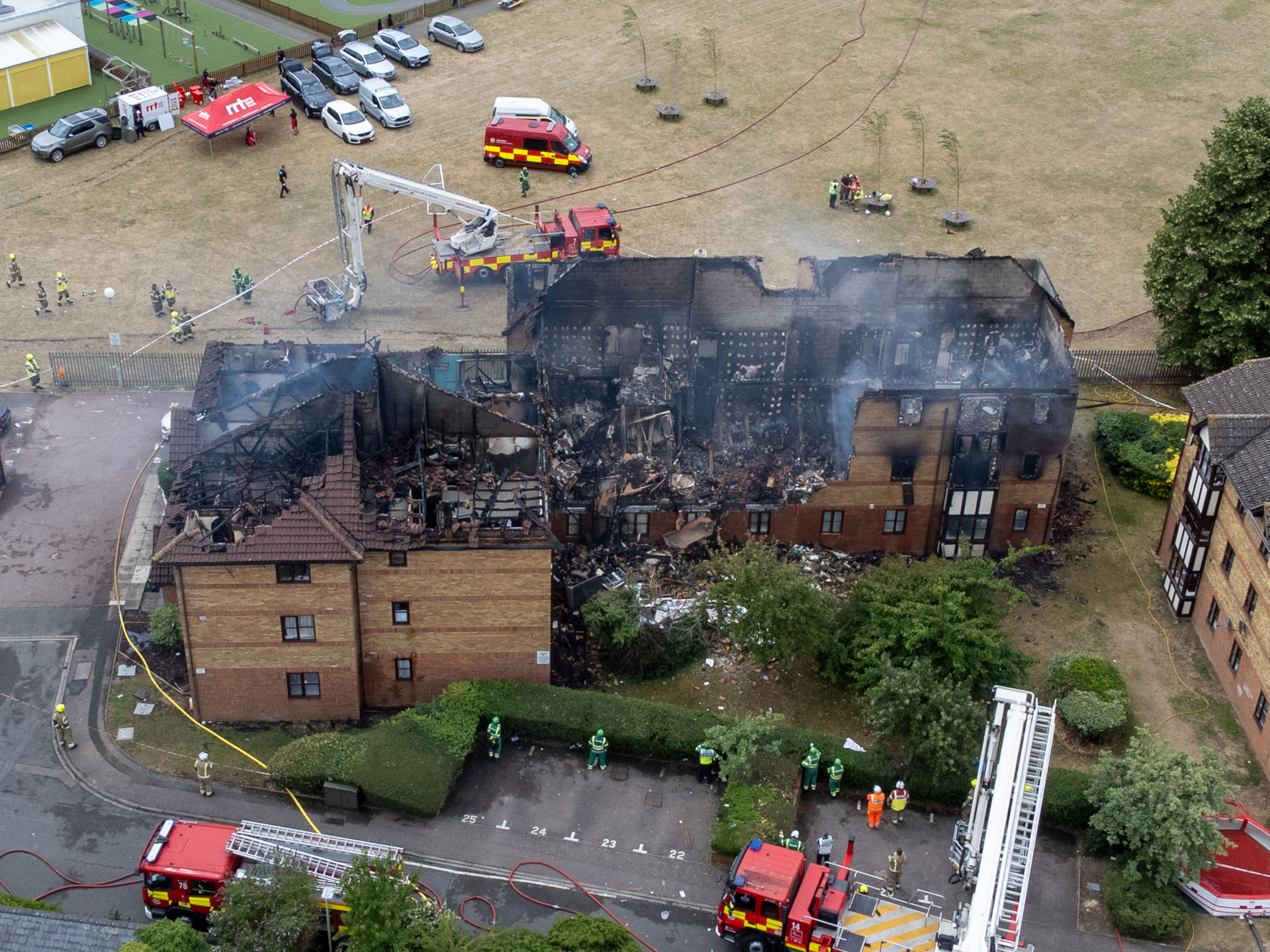 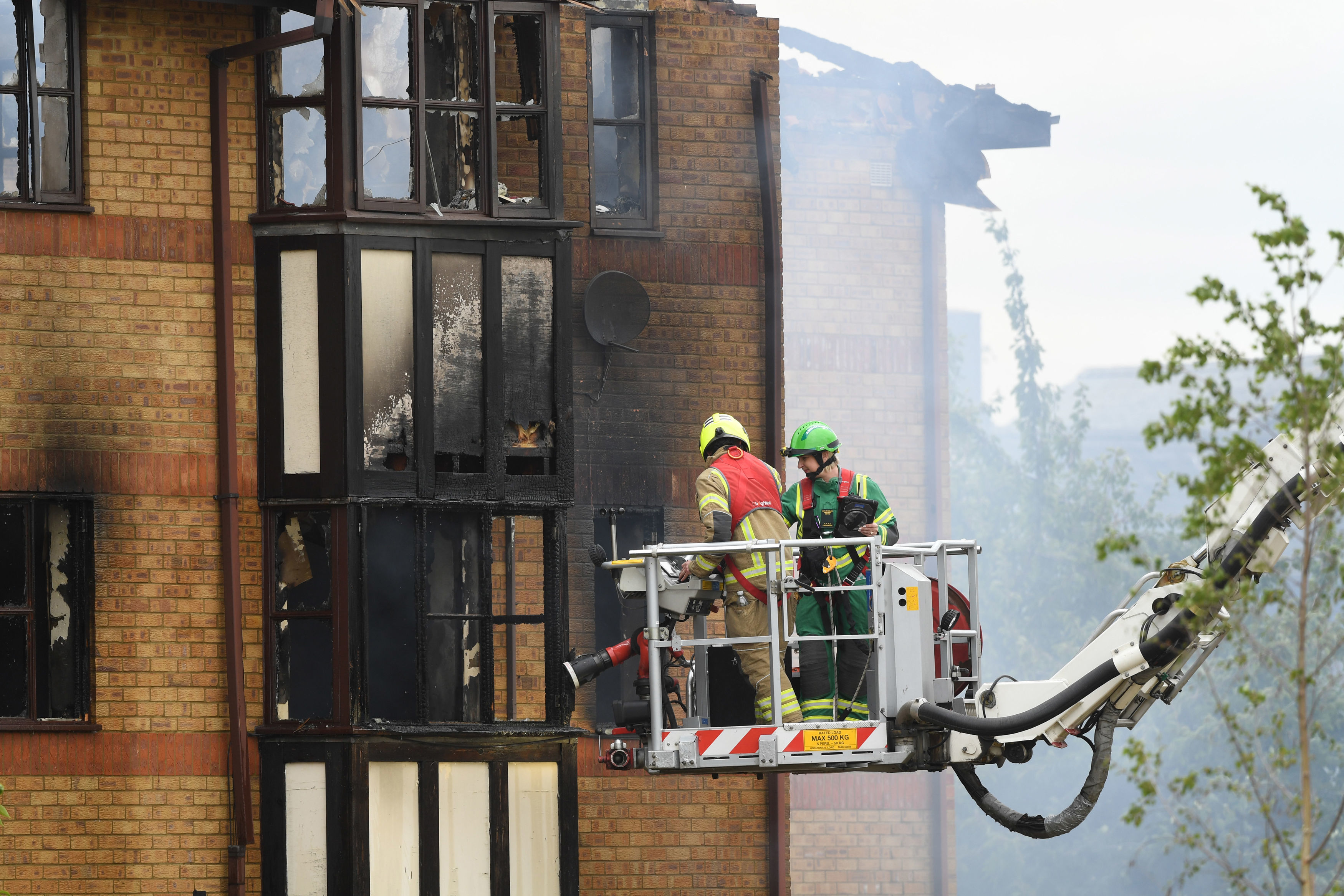 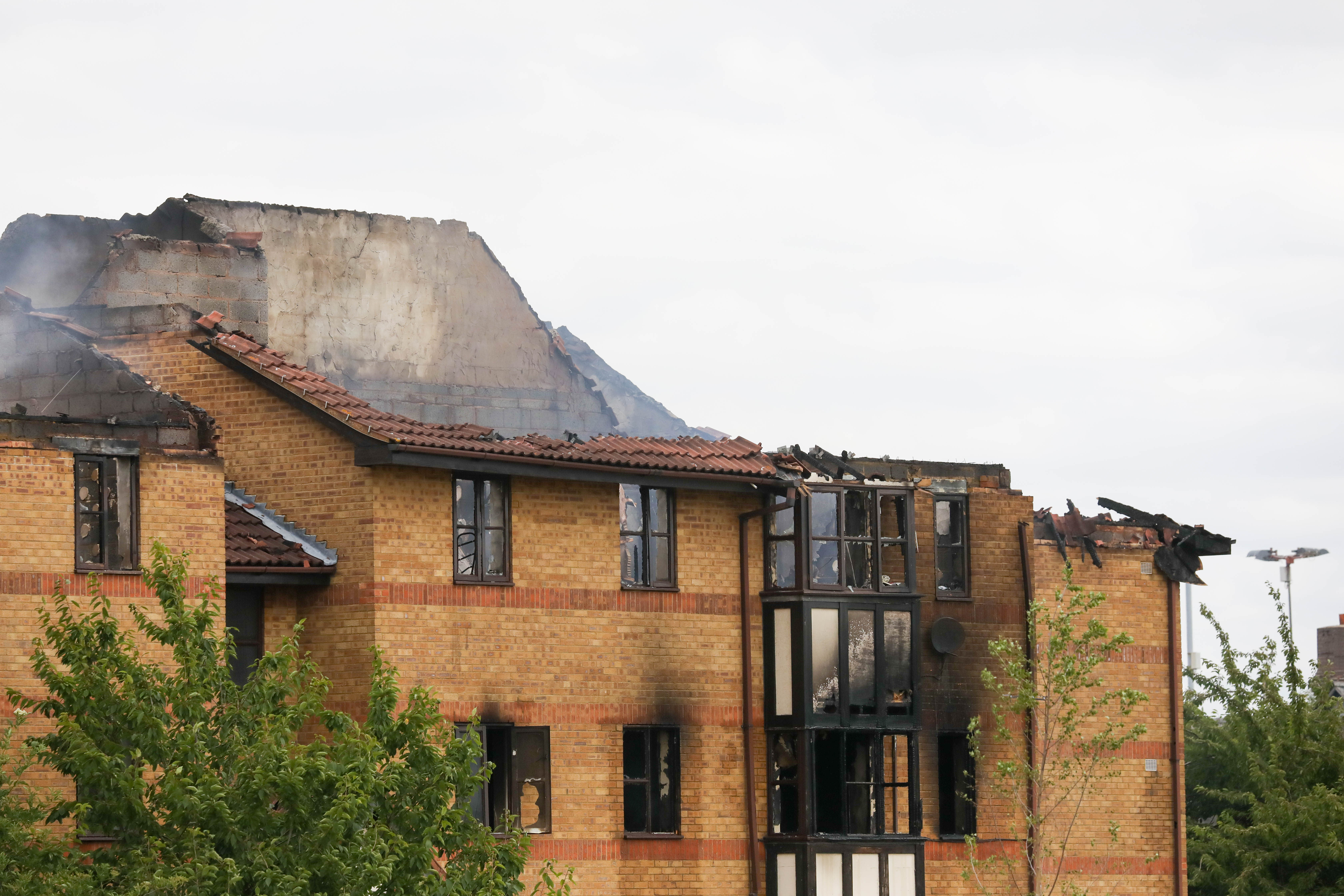 It came when a gas explosion caused a fire to engulf the entire three-storey building, which made the roof collapse, in Bedford this morning. 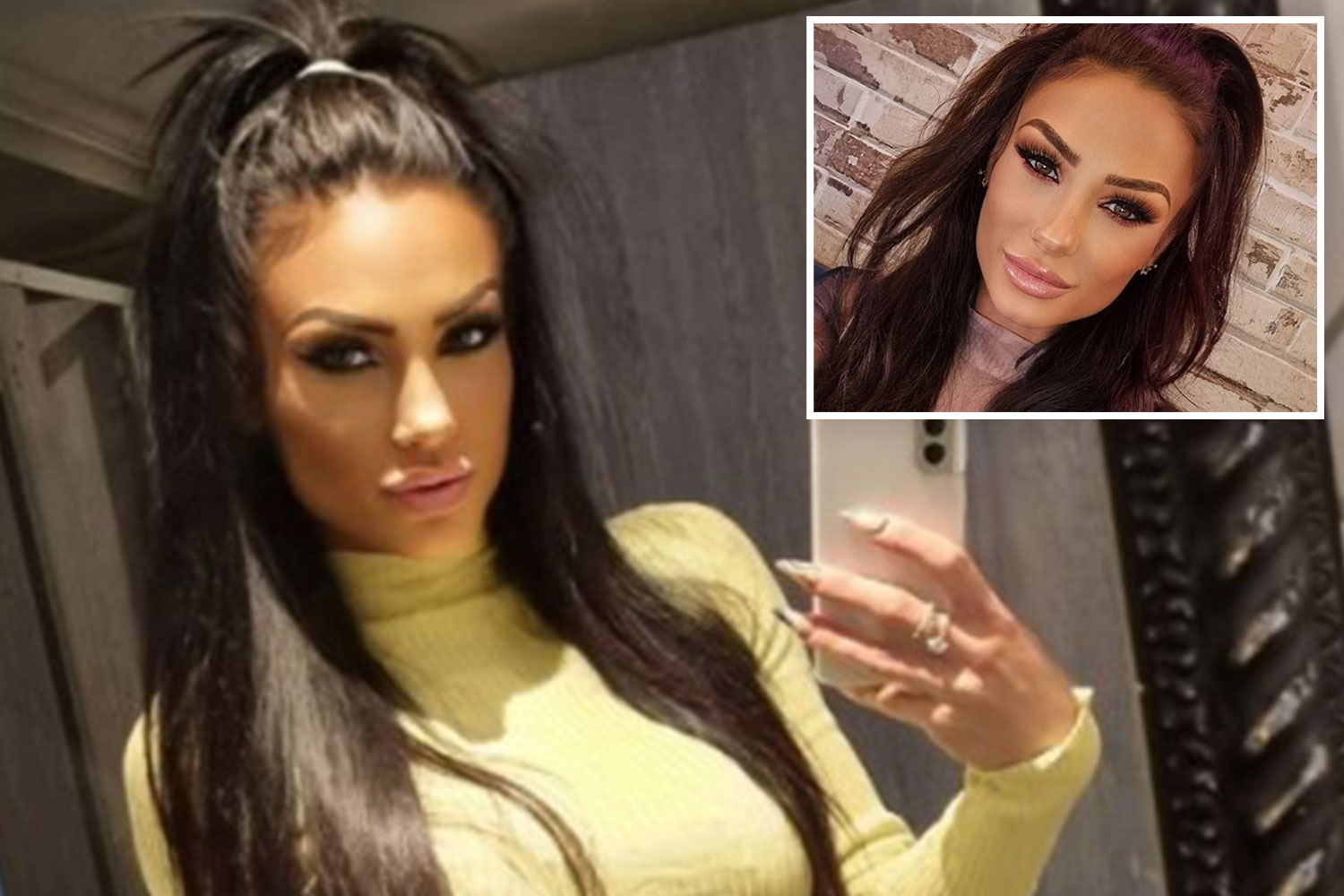 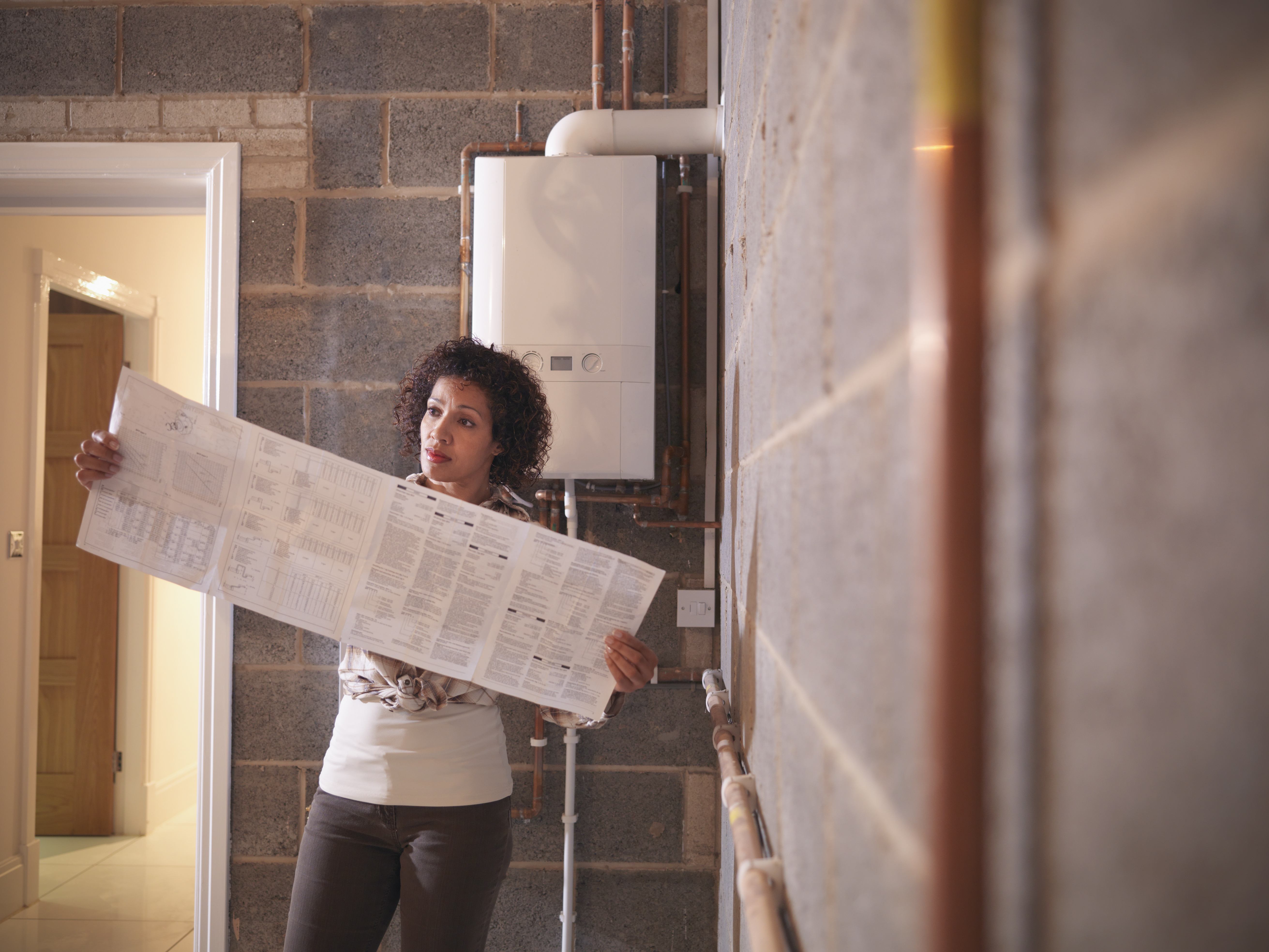 Millions of Brits are overlooking basic maintenance checks at home

He said: "Very sadly we know that at least one person has passed away in the explosion today.

"There is a possibility that there will be more fatalities discovered in the coming days as we continue to search through the scene and a number of people, as my colleague from the fire services has identified, were injured as well today."

Fire chiefs said the blaze could have been started by someone using a camping stove to combat the cost of living crisis.

Chris Bigland, deputy chief fire officer for Bedfordshire, said: “Gas wasn’t linked to the building. There may have been gas bottles used for heating or cooking.

“It could have been a camping stove with the fuel crisis and rest of it. We can’t rule it out – we just don’t know.”

The confirmed fatality, who has not been named, was found as emergency services searched the three-storey building.

Mr Bigland said a firefighter was also treated for smoke inhalation as a precaution.

He said: “When crews arrived people were looking to hang out of the building.”

He added that fire crews were called at 9.20am to reports of a fire and explosion and arrived at the scene within six minutes.

The two men were found on the ground by brickies Michael Moxam, 45, and Mark Waggott, 37, who were first at the block of 20 flats.

Mark said: "We drove over the bridgeand saw the smoke. We couldn't hear any ambulances or fire engines so we went to make sure everyone was OK.

"It was pandemonium. The younger guy was face-down and unconscious.

"The other was screaming in agony with blood on his arm. I think he'd broken his hip."

They pulled the older man away from the building fearing another explosion.

Michael, who had blood on his trousers and shoes from helping the victims, added: "I was hearing crackles and bangs. In that situation you don't think of nothing but helping people.

"The explosion had blown up the building. The bricks had blown out and you could see inside. There was a lot of smoke and flames."

Sales worker Adam Fisher, 37, whose office is nearby, said: "A huge explosion heard – everyone went to our work car park to see what was happening.

"Our building is adjacent to the apartment complex – immediately an inferno was visible, huge smoke cloud billowing, people screaming and people frantically calling for emergency services."

Alex Feltham, who was working in the office next door, said: "The whole place shook.

"I thought the warehouse had collapsed. It wasn't until we went outside that we'd seen the gaping hole in the roof of the flats.

"The fire spread so quickly."

Another resident from round the corner said: "I walked to town and saw the flames and also witnessed someone jump from the second-floor window whilst flames were blaring out."

Bedfordshire firefighters have called it a major incident and warned the public to stay away.

An adjacent block of flats was also evacuated and police set up an emergency assistance centre.

And nearby Shackleton Primary School sent its pupils home.

The fire service said: "Bedfordshire Fire and Rescue Service said are currently in attendance at a major gas explosion on Redwood Grove, Bedford.

"There are currently 6 appliances, 2 water carriers, an incident command unit at the scene.

Please avoid the area and keep windows and doors closed." 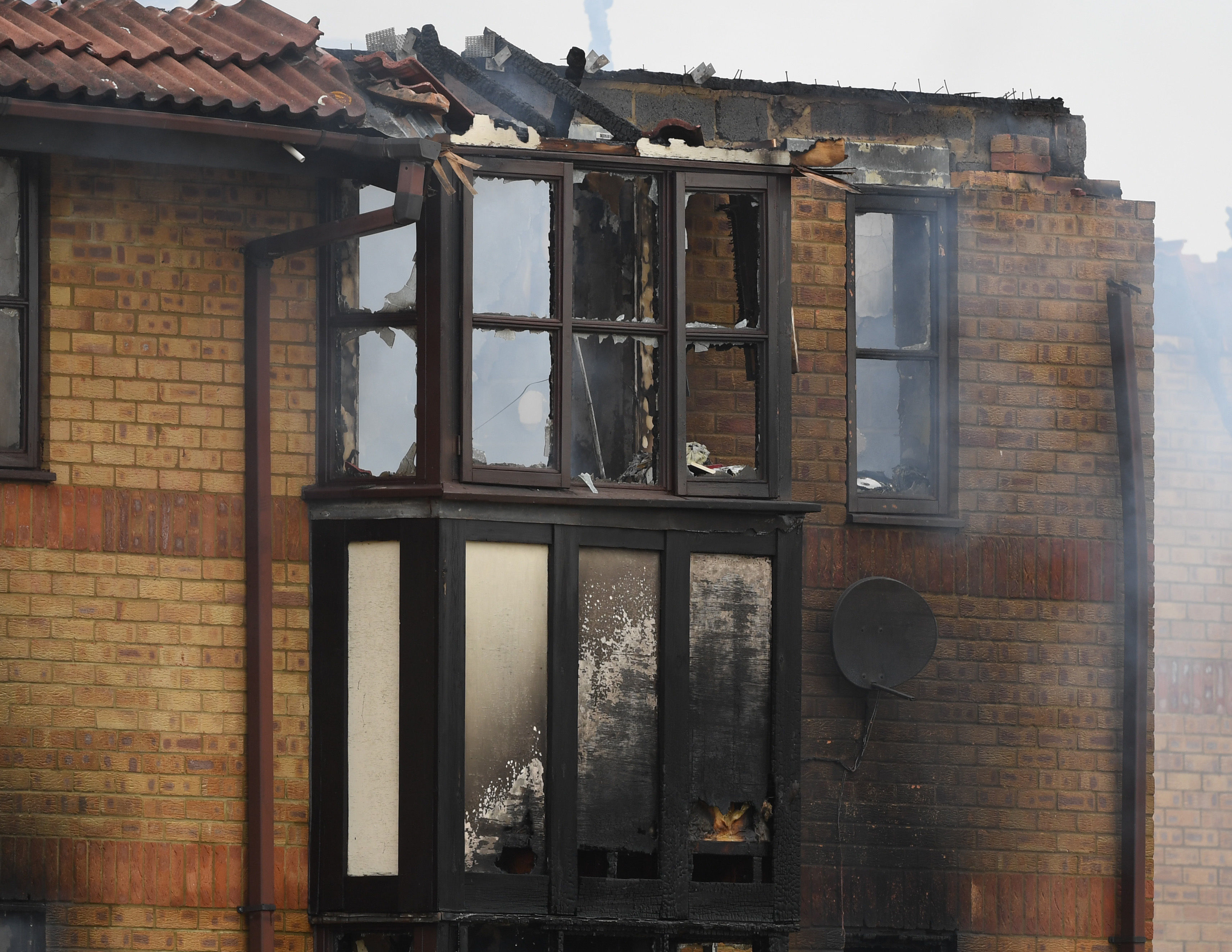 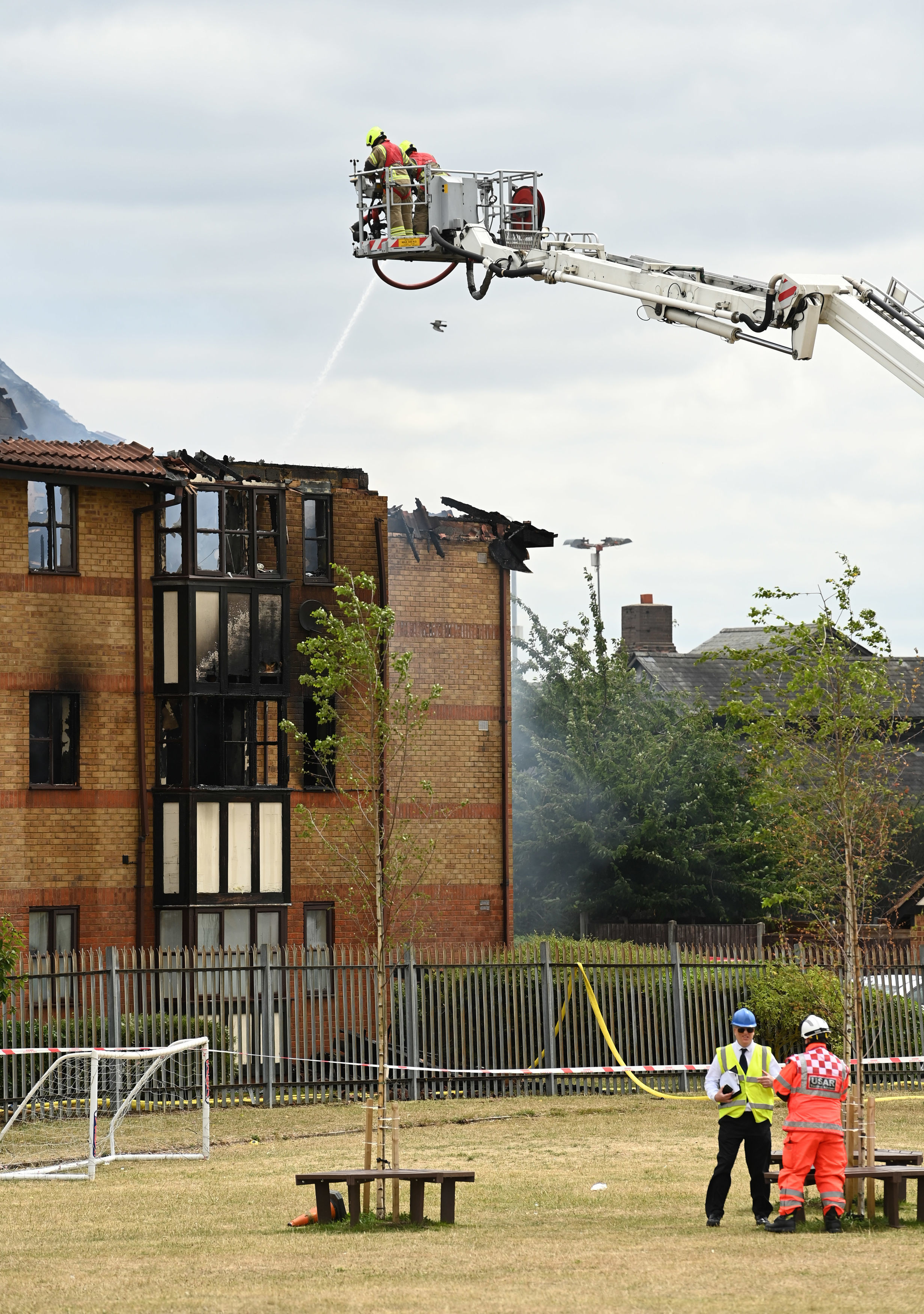 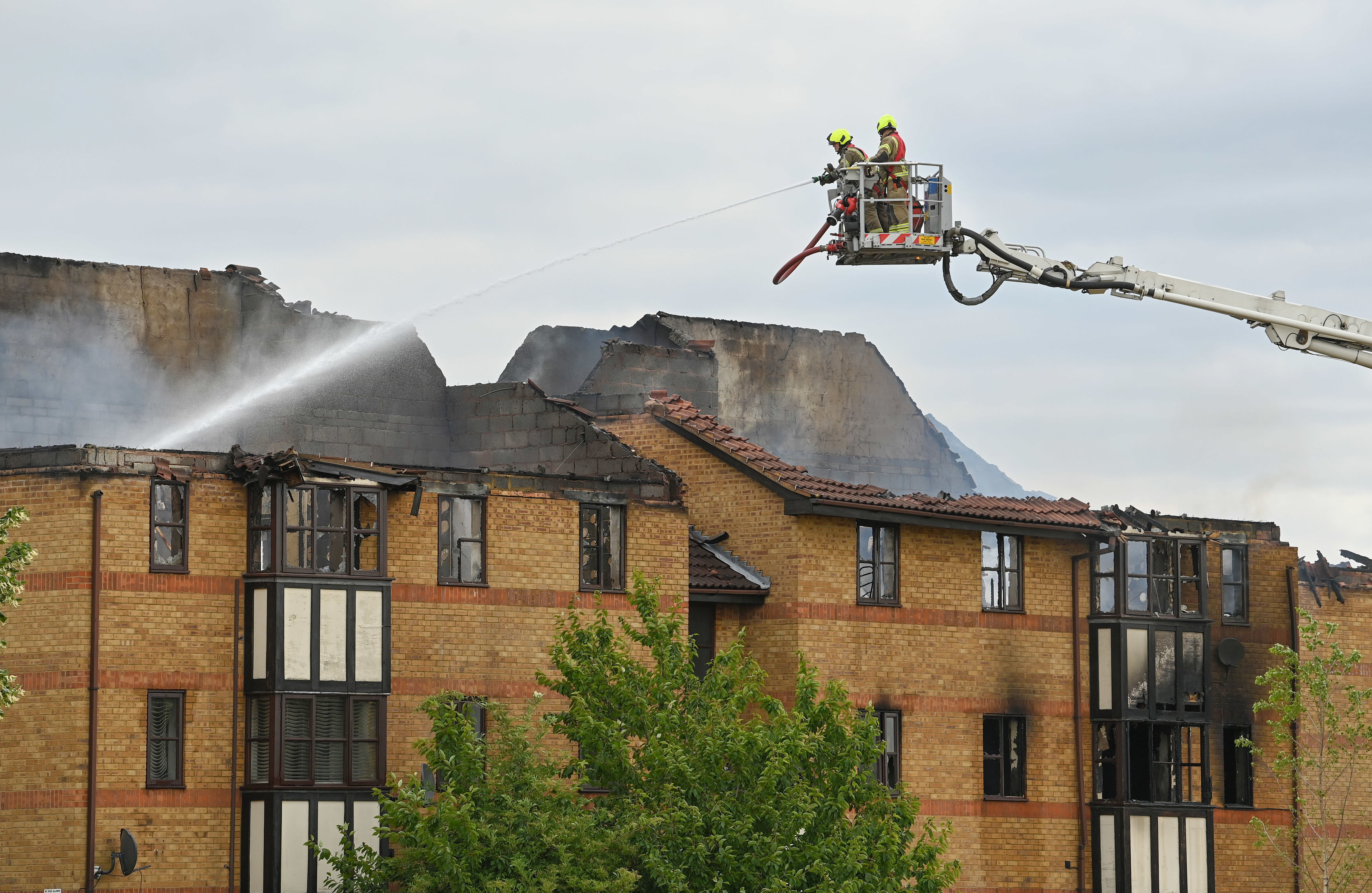 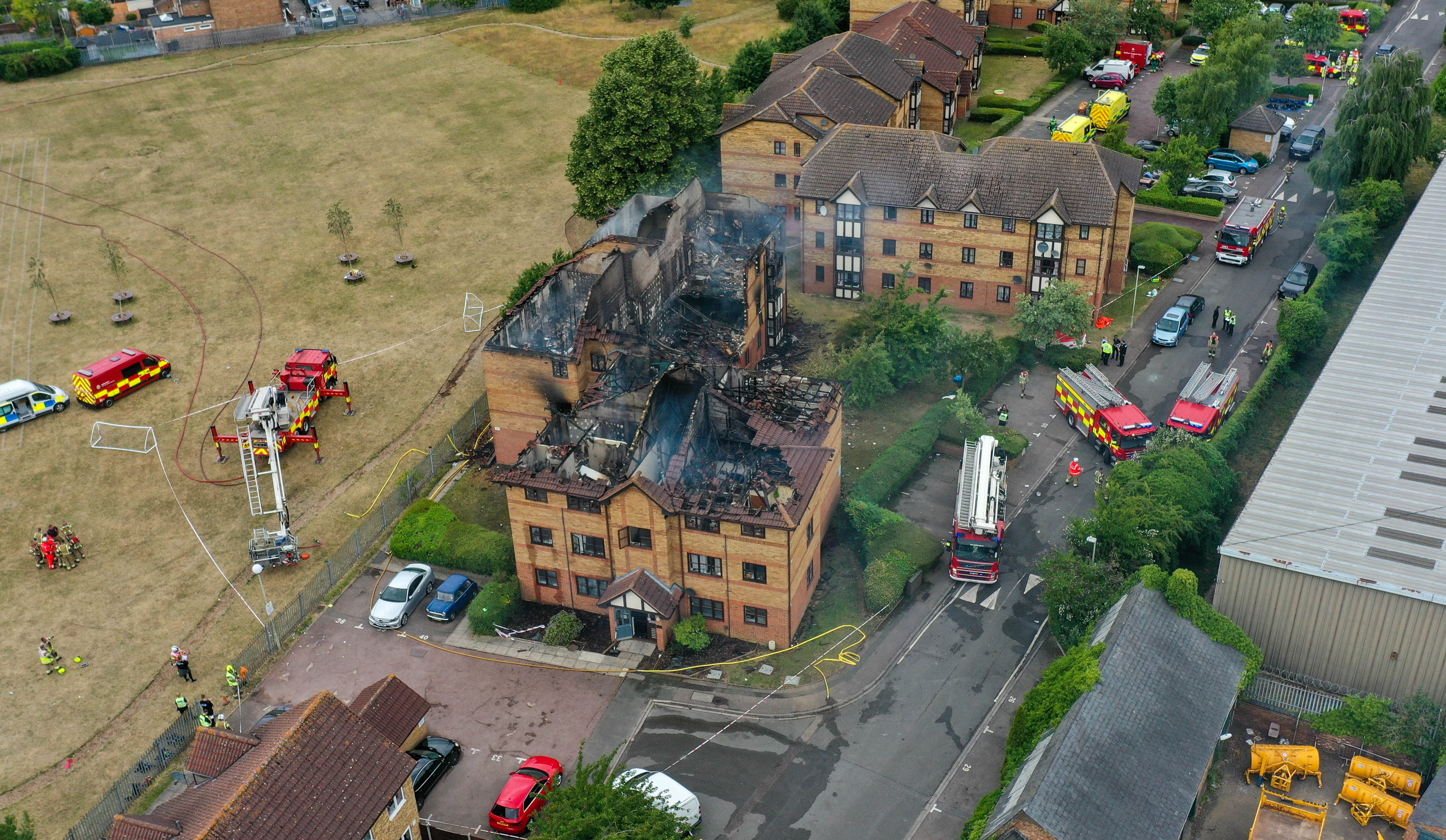