Washington: No pope has visited Ireland since 1979, when millions of faithful Catholics came out to see Pope John Paul II. Around a million people turned out for a public papal Mass during that trip, and a 35 metre steel cross was erected in Dublin's Phoenix Park for the occasion.

Now, with Pope Francis scheduled to visit Ireland this weekend, some pranksters have built a different kind of massive structure to welcome him: a drive-through confessional close to the same park, where Francis will celebrate Mass this weekend. 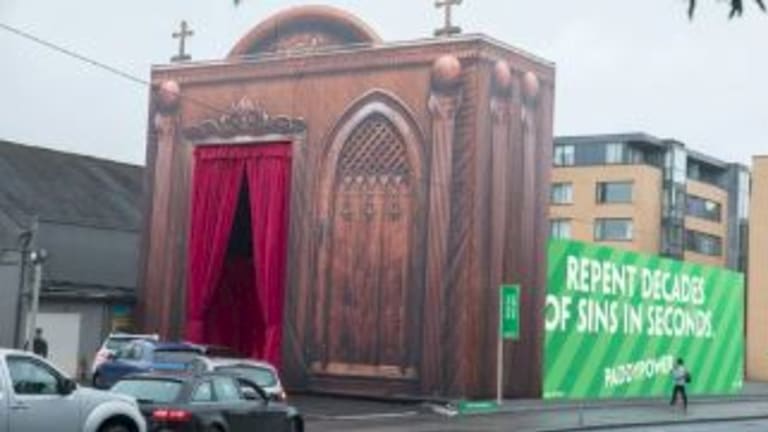 The drive-through confessional in Dublin.

Confession, or penance, is one of Catholicism's most important acts, in which Catholics confidentially admit their sins to a priest to seek forgiveness. Paddy Power, an Irish bookmaker known for staging elaborate and sometimes controversial stunts, is trying to speed up the process of escaping eternal damnation with the drive-through confessions.

"Ireland has changed a lot since the last Pope's visit – gay marriage is legal, we've repealed the Eighth Amendment, and even secretly cheered for England in the World Cup," a spokesperson for Paddy Power told The Sun. "With decades worth of sins clocked up since then, we're providing a convenient means to complete your contrition with your keys still in the ignition."

"Repent decades of sins in seconds!" the narrator says.

Indeed, Ireland is changing faster than the Catholic Church would probably like. Same-sex marriage was legalised in the country in 2015; earlier this year, Irish voters repealed their country's near-total ban on abortion, which had been implemented under the Eighth Amendment. 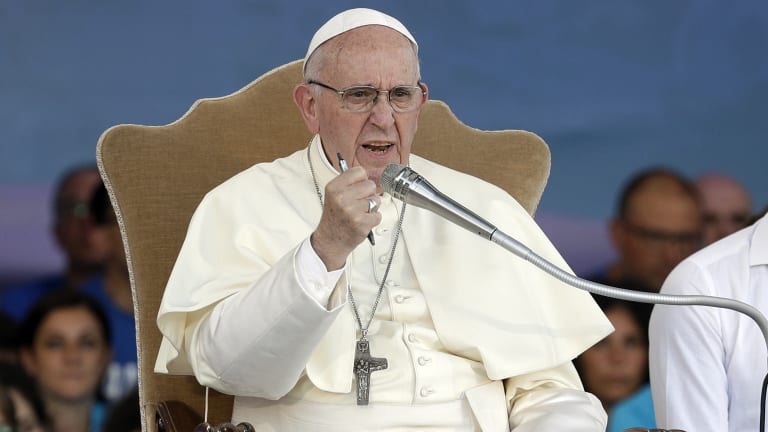 According to Ireland's 2016 census, around 78 per cent of the country identifies as Catholic. But Ireland's relationship to the Catholic Church has been complicated by a string of sexual-abuse scandals. On his visit this weekend, the pope is scheduled to meet with survivors of abuse at the hands of priests.

This drive-through confession booth isn't the first time the Irish have tried to cut corners on some Catholic traditions. Last year, on Ash Wednesday, a priest in County Galway administered ashes through car windows to apparently accommodate parishioners. Typically, the ashes are rubbed on parishioners' foreheads as part of a Catholic Mass, but the Reverand Paddy Mooney of St. Patrick's Church in Glenamaddy wanted to make things a bit easier. The parish newsletter said the service was available for those "who may be sick, find it difficult to walk, people on their way to work, or families on their way to school."

"If you are unable to attend Mass you can come here, receive your Ashes without having to leave your car," it said.

There's no word yet on whether the pontiff himself may pop by the drive-through confessional this weekend, but Paddy Power says he would be welcome.

"[I]f the Catholic hierarchy have anything they'd like to get off their chests too, they are more than welcome to take a spin through our mega drive-thru confession box while they're here," the spokesperson told The Sun.