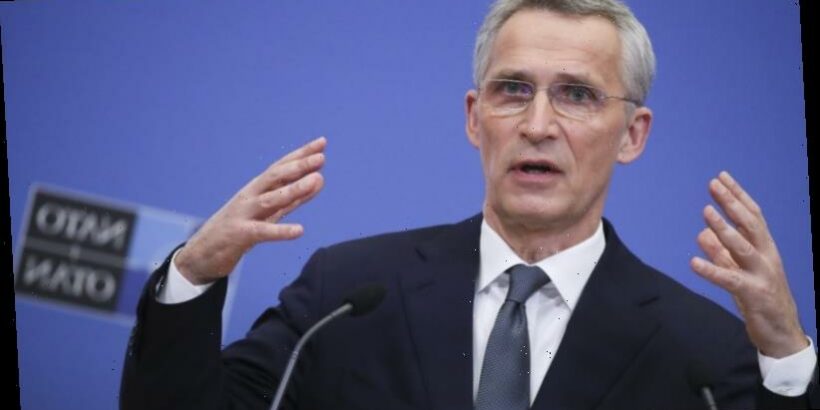 London: NATO’s Secretary-General has vowed to back Australia in its disputes with China, saying the superpower “had behaved very badly against Australia” after it pushed for an inquiry into the origins of coronavirus.

Jens Stoltenberg said he wanted to expand the trans-Atlantic body to non-members as a way for “like-minded democracies” to stand up to what he called bullying by Beijing.

Stoltenberg is pursuing an ambitious broadening of NATO’s mission in the next decade. His strategy focuses heavily on pushing back against authoritarian Russia and China and calls for greater involvement of non-NATO member countries from Asia Pacific. 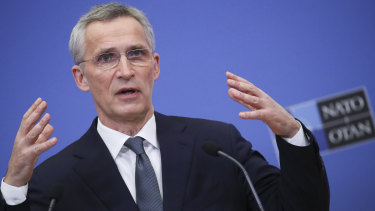 NATO Secretary General Jens Stoltenberg wants democracies to stand together and up to China.Credit:AP

Asked by The Sydney Morning Herald and The Age to outline what greater cooperation would involve, Stoltenberg said it was vital to show a united front in the face of bad behaviour.

“They have behaved very badly against Australia after Australia asked for an independent investigation into the origins of coronavirus,” he said from Brussels during a virtual news conference.

“It is important to demonstrate we’re able to stand together when we see China trying to bully countries all over the world.”

NATO bonds Europe and the United States and was formed in the shadow of the World War II to deal with the threat of the Soviet Union and prevent further conflict in Europe. It considers an attack on any member state an attack on all.

Stoltenberg recounted being on the receiving end of Beijing’s retaliation in 2010 when he was prime minister of Norway and the Nobel Peace Prize was awarded to the democracy activist Liu Xiaobo. Liu supported the student uprising that ended in the Tiananmen Square massacre and was a frequent critic of the Chinese government. He received the prize for his non-violent struggle for fundamental human rights in China. 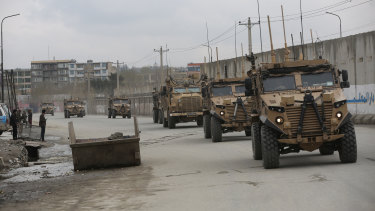 British soldiers with the NATO-led Resolute Support Mission arrive at the site of an attack in Kabul, Afghanistan, last year. More cooperation would not necessarily mean NATO forces in the Asia Pacific.Credit:AP

“China just immediately imposed a lot of heavy measures against Norway,” Stoltenberg recalled. It did not normalise ties with Norway until six years later when Norway promised it would “do its best to avoid any future damage to the bilateral relations.”

“So, this is a behaviour that just calls on all like-minded democracies to stand together,” Stoltenberg said.

“Of course we do that as 30 allies in NATO but we also see the value of doing that with like-minded countries like Australia, New Zealand, Japan, South Korea in the Asia Pacific region.”

He said this could involve an exchange of information and jointly participating in unspecified “activities”.

“But first of all, I think we should sit down and see how we can gradually expand and strengthen our partnership,” he said.

Stoltenberg visited Australia in 2019 and nominated fighting terrorism, including Islamic State, bolstering NATO’s cyber defences and dealing with China’s economic and military might as future areas of greater collaboration.

Canberra’s world-leading ban on Huawei building Australia’s 5G telecoms network has since been adopted by the United States and Britain. NATO members are under pressure to ensure their telecommunications systems are reliable as part of Stoltenberg’s call for nations to adopt “whole of society resilience” strategy.

Rory Medcalf, the head of ANU’s National Security College, said it was logical for Australia to collaborate more with NATO, but that would not mean seeing NATO forces in the Indo-Pacific nor an Australian physical presence in Europe.

“Because security is global and doesn’t respect geographical boundaries what we can usefully do together is work on protecting our critical infrastructure, on cyber, on espionage and foreign interference,” Medcalf said.

Australia has been working with NATO since 2005 and is one of six countries considered an “enhanced” partner alongside Finland, Georgia, Jordan, Sweden and Ukraine.

Australia provides support to NATO’s missions in Afghanistan and Iraq and in 2018 took part in the NATO military exercise Trident Juncture in Norway in 2018 that involved 50,000 participants from 21 nations.