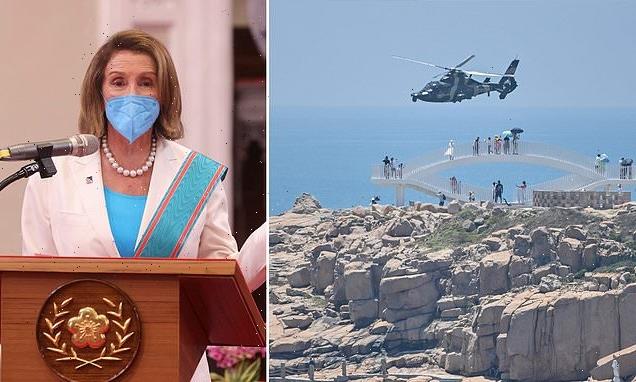 Beijing insists Taiwan is part of China as the nation’s foreign minister suggests the U.S. is trying to claim Taiwan after Pelosi’s visit to the island

China suggested that the U.S. is trying to claim Taiwan as Beijing’s foreign minister insisted the self-governed island nation is still part of Chinese territory.

Chinese Foreign Minister Wang Yi said Sunday that Taiwan is not part of the United States in the latest diplomatic escalation following House Speaker Nancy Pelosi’s visit to the nation on Tuesday.

Pelosi’s stop in Taiwan came as part of a congressional delegation trip through Asia.

Wang said during a visit to Bangladesh on Sunday that the U.S. is engaged in ‘sophistry’, or fallacious and deceiving arguments, when it comes to intentions regarding Taiwan.

He also said China’s actions when it comes to the island are appropriate and legal and made in attempts to safeguard Taiwan’s sovereignty and territorial integrity.

Beijing raged at Pelosi’s trip to Taiwan, ripping up a series of talks and cooperation agreements with Washington, most notably on climate change and defense. On Friday, China also imposed sanctions on the California Democrat. 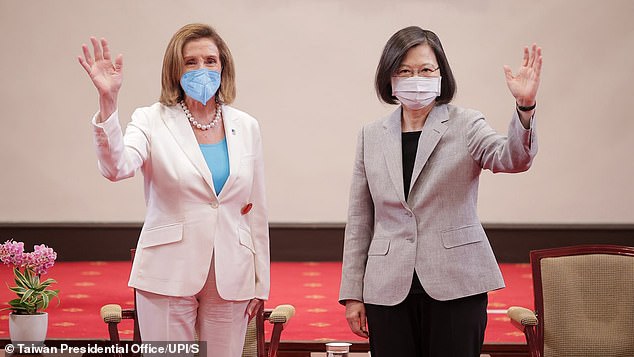 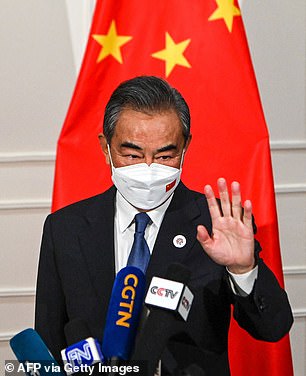 ‘In disregard of China’s grave concerns and firm opposition, Speaker of the U.S. House of Representatives Nancy Pelosi insisted on visiting China’s Taiwan region. This constitutes a gross interference in China’s internal affairs. It gravely undermines China’s sovereignty and territorial integrity, seriously tramples on the one-China principle, and severely threatens peace and stability across the Taiwan Strait,’ a China foreign ministry spokesperson said in a statement.

It added: ‘In response to Pelosi’s egregious provocation, China decides to adopt sanctions on Pelosi and her immediate family members in accordance with relevant laws of the People’s Republic of China.’

Pelosi arrived in Taiwan on Tuesday after days of speculation about whether she would make the trip and potentially intensify tensions with China, which views Taiwan as a territory that will eventually be reunified with the mainland.

With the visit, Pelosi became the highest-ranking elected U.S. official to visit Taiwan in decades. It prompted China to launch its largest-ever military exercises surrounding Taiwan, which drew to a close on Sunday following Pelosi’s controversial visit to the self-ruled island.

Beijing also deployed fighter jets, warships and ballistic missiles around Taiwan in what analysts have described as practice for a blockade and ultimate invasion of the island.

Those exercises were set to end Sunday, though Beijing has not confirmed their conclusion.

Ahead of Pelosi’s trip, Chinese President Xi Jinping warned that the U.S. would face the wrath of Beijing if she went to Taiwan.

Chinese state media released some excerpts from a two-hour call between Xi and Biden last month where the Chinese leader was quoted as saying: ‘Those who play with fire will only get burnt. Hope the U.S. side can see this clearly.’