Port operating to unload vessels for merchants a day after vigil held to remember victims of devastating explosion. 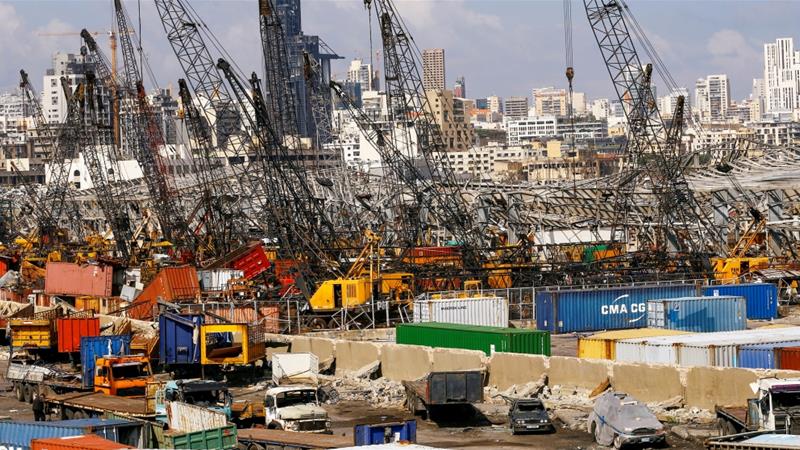 Beirut’s port has resumed partial operations to secure goods for local markets, just over a week after a catastrophic explosion that has fuelled popular anger and upended politics in crisis-hit Lebanon.

The powerful explosion on August 4 shook the Lebanese capital and its environs after 2,750 tonnes of ammonium nitrate stored in a warehouse at the port caught fire.

The shockwave flattened nearby buildings and caused extensive material damage in Beirut, killing at least 171 people, wounding some 6,000 others leaving hundreds of thousands of people homeless. Dozens of people are still missing.

According to Lebanon’s caretaker economy minister, the port is now operating to unload vessels for merchants.

“There are 12 cranes out of 16 operating at Beirut port,” Raoul Nehme said in a Twitter post on Wednesday.

“The flour stocks of the mills in Lebanon are 32,000 tonnes, in addition to 110,000 tonnes that will arrive within two weeks,” Nehme said, adding that the amount was sufficient for four months.

The explosion came at a time when Lebanon was dealing with a severe financial crisis, along with the coronavirus pandemic. It has led to angry, violent protests in which 728 people were wounded and one police officer killed on Saturday amid a heavy crackdown by security forces.

The government stepped down on Monday but will remain in a caretaker position until a new cabinet is formed.

In his resignation speech, Prime Minister Hassan Diab blamed the explosion on endemic corruption that is “bigger than the state”.

Protesters have been calling for the wholesale removal of what they see as a corrupt ruling class they brand as responsible for the country’s woes, including an economic meltdown that has ravaged the currency, paralysed banks and sent prices soaring.

Officials have said the explosion could have caused losses of $15bn, a bill Lebanon cannot pay, given the depths of the financial crisis that has seen people frozen out of their savings accounts since October amid dollar scarcity.

President Michel Aoun has promised a swift and transparent investigation into the blast and said the probe would look into whether it was negligence, an accident or external factors.

Reports this week emerged that Aoun and now-resigned Prime Minister Hassan Diab were warned in July about the warehoused ammonium nitrate.

On Tuesday, Beirut residents gathered near the site of the explosion and held a vigil to remember the victims.

“But there are others who still support a sectarian system that they believe still protects them.” 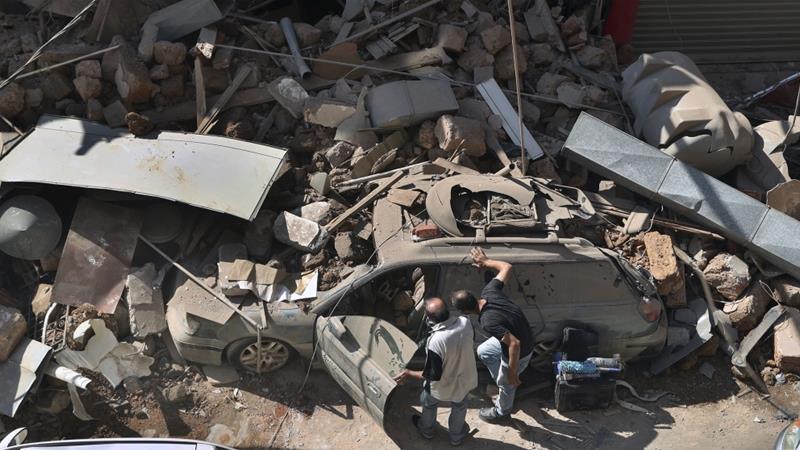 How will Lebanon deal with the devastating Beirut explosion?