MINSK (Reuters) – Two leading members of a newly formed opposition council in Belarus were questioned on Friday in a criminal case that accuses the body of trying to seize power from President Alexander Lukashenko after a disputed election.

Dozens of supporters accompanied Maksim Znak and Sarhey Dyleuski as they arrived for questioning at the headquarters of the Investigative Committee.

Znak, a lawyer, said on entering that he feared he might be arrested. But when he emerged later, he said he had “productive discussions”.

“We gave our explanation, we will continue to work,” he said.

The Coordinating Committee was launched this week with the self-described aim of negotiating a transfer of power amid the largest political crisis in Belarus since the collapse of the Soviet Union.

Lukashenko, in power for 26 years, was declared the winner of an Aug. 9 presidential election, but tens of thousands of protesters have taken to the streets saying the election is rigged.

A police crackdown does not seem to have intimidated the protesters and opposition has spread to include strikes at state factories long seen as bastions of Lukashenko’s support.

Public figures from sport and the media have deserted him in recent days, significant developments in a country where the state controls nearly all cultural bodies.

Vadim Devyatovsky, an Olympic silver medalist previously prominent as a Lukashenko supporter, wrote on Facebook that Lukashenko was “not my president”. His previous position was “treason to myself” and having switched sides “everything has become lighter”, he said.

Lukashenko’s main opponent, Sviatlana Tsikhanouskaya, has fled to neighbouring Lithuania, where she has released a steady stream of video messages calling on her followers to rise up peacefully. On Friday she called for more workers to go on strike to protest against the election result.

At her first public news conferece since going into exile, the 37-year-old political novice said she would return to Belarus when she felt it was safe. 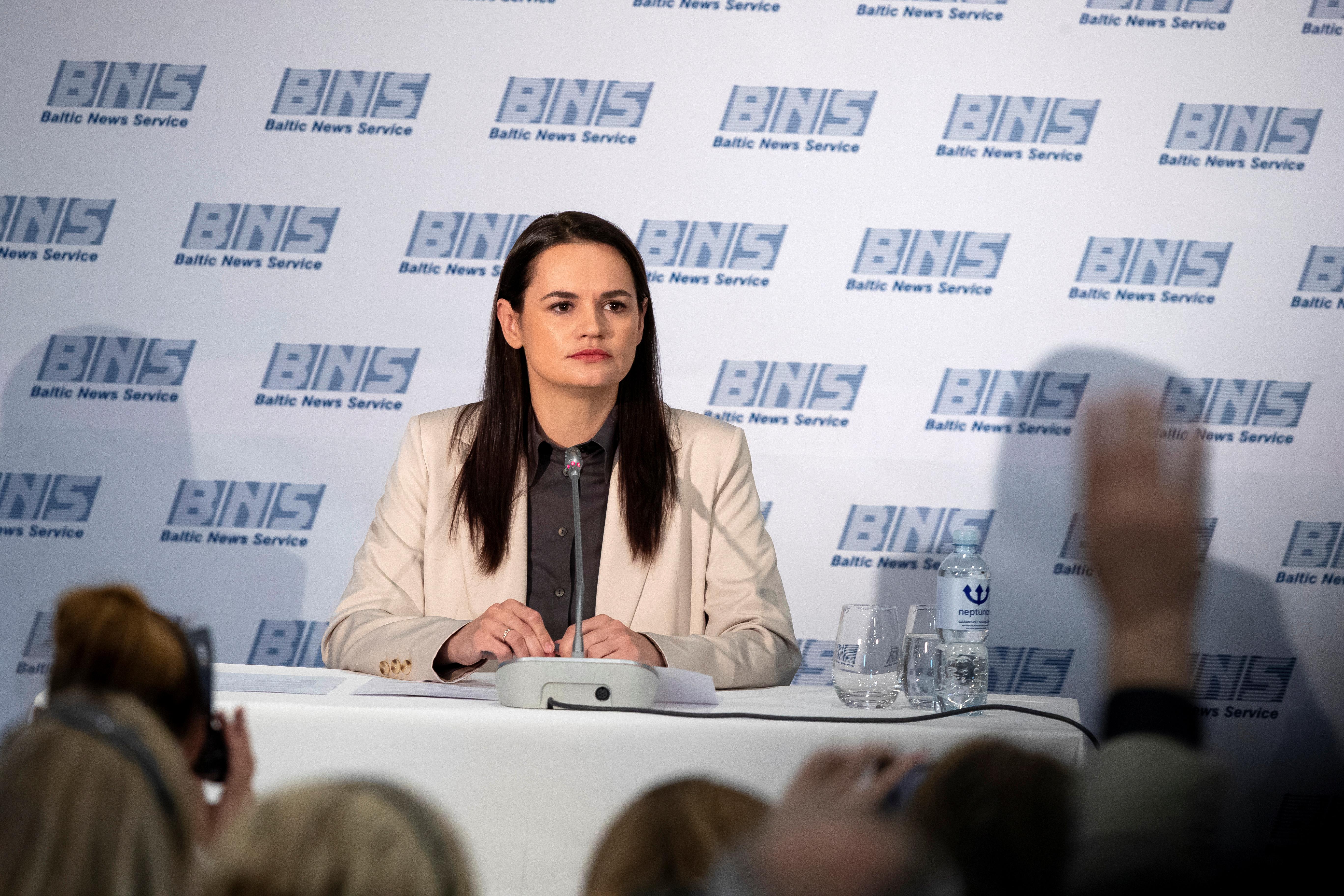 Prosecutors opened a criminal case on Thursday alleging that the Coordinating Committee was set up as an illegal attempt to seize power. The committee, made up of dozens of public figures including a Nobel Prize-winning author and the ousted head of the country’s main drama theatre, says its aims are peaceful and its tactics lawful.

Council member Deleuski said after Friday’s questioning that he had told the investigators the body did not seek power but aimed to mediate.

“There is a disputed situation now between the authorities, the state, and the people of the Republic of Belarus. We were established to settle this situation in a safe way, without conflict, by peaceful means.”

The European Union, which has rejected Lukashenko’s re-election, called for the case to be dropped.

“We expect the Belarusian authorities to stop the criminal case and instead to engage in a dialogue in view of moving towards a peaceful way out of the current crisis,” Nabila Massrali, an EU foreign policy spokeswoman, said.

Belarus is a close ally of Moscow and the crisis is a test for the Kremlin, which must decide whether to stick with Lukashenko or try to engineer a transfer of power.

It is also a challenge for the West. The country’s borders with Poland, Lithuania and Latvia are NATO frontiers and eastern European states have spoken in support of the opposition. But European officials are also keen avert a repeat of unrest six years ago in neighbouring Ukraine, when a pro-Russian leader was toppled in an uprising and Moscow intervened militarily.

That has meant a cautious approach, including reassuring Moscow the West is not trying to pry Belarus from Russia’s orbit.

“Belarus is not Ukraine: the people there are not seeking closer ties with the EU,” a senior EU official told Reuters.

The EU was trying to encourage Belarusian authorities to negotiate with the opposition, “without tilting the geo-political balance for Belarus between the EU and Russia”.