Belgium faces a ‘persistent terror threat’ and a ‘wave of jihadism’ because prisoners are being radicalised by Islamic inmates, country’s spy agency admits

Belgium faces a ‘persistent terror threat’ and a ‘wave of jihadism’ because prisoners are being radicalised in jails, the country’s spy agency has warned.

The State Security Service said Belgium faces a ‘considerable problem’ of extremism in jails and that convicted terrorists continue to re-offend.

Belgium’s domestic intelligence agency warned today that the country faces a persistent terror threat, in part because of the radicalisation of prisoners.

The country has already been hit by several attacks claimed by the Islamic State group, including the bombings in Brussels in March 2016 that left 32 dead.

Attacks across the border in France have also been traced to Brussels-based cells, including the November 2015 assault on Paris targets that killed 130 people. 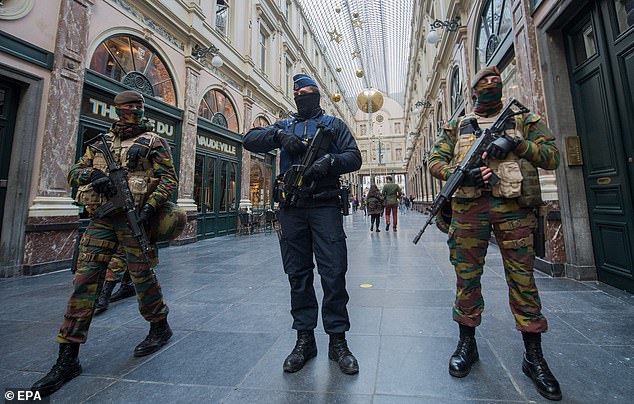 Some of those behind these plots have also fought in Syria, where the Islamic State is one of several extremist groups involved in the ongoing civil war.

According to the report, Belgium now has ‘a never before seen population of detainees jailed for terrorism’ that poses a greater than ever threat of ‘contagion’.

‘Taking into account the persistent recidivist tendency among former terrorism detainees, never mind radicalised common criminals, Belgium will continue to face a latent terror threat for some time to come,’ it said.

The Security Service said the Syrian war continues to serve as a ‘catalyst’ for radicalisation and to push convicted extremists back into violence. 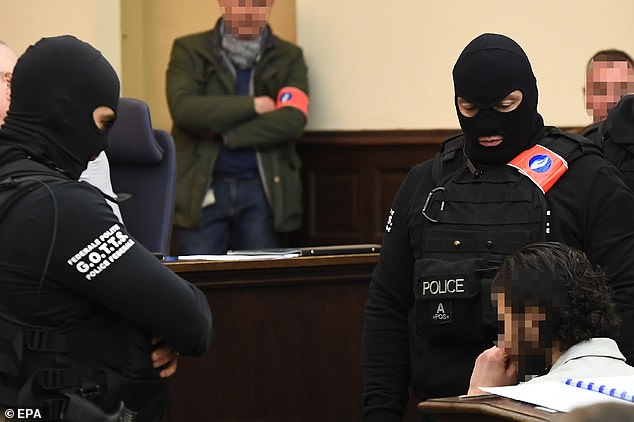 Prime suspect in the November 2015 Paris attacks Salah Abdeslam (right) surrounded by special police officers in court in Brussels. He was charged with attempted murder of police when he was on the run in the Belgian capital

It warned that those who will leave prison in the next three to five years could trigger ‘a new wave of extremism, even jihadism in our country.’

In relation to the size of its population, Belgium has been one of the biggest sources of foreign fighters in Syria, with more than 400 departing since 2012.

Around a third of these Belgian combatants have returned and many are dead, but around 150 are still thought to be active in the field, the report says.